Another day, another two pages

There are a number of holes in these two pages, so be warned. 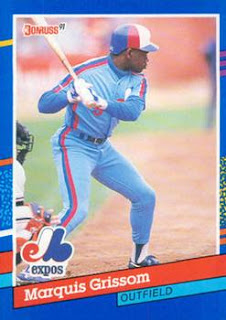 Card 307 is a 1991 Donruss Marquis Grissom
Judging by the stripes on the catcher, I want to say it's against the Giants in San Francisco.
I may be wrong though.. 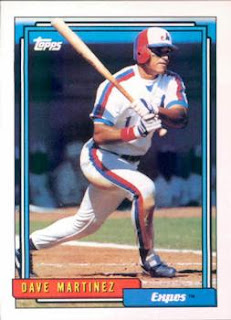 Card 309 is a 1992 Topps Dave Martinez
We know that Mr Martinez is now the manager of the Washington NotTheSpos. 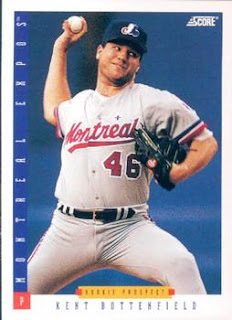 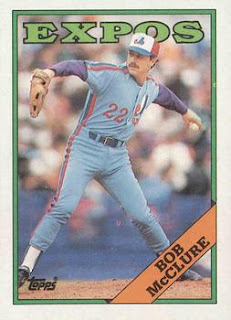 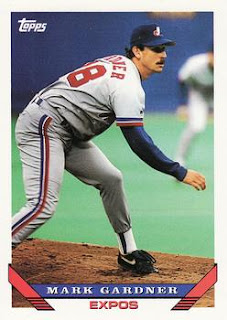 Card 314 is a 1993 Topps Mark Gardner.
I'm thinking that once I have this completed, I'll do a tally on who gets featured the most.. I have a sneaking suspicion that one of the people listed will be Gardner. 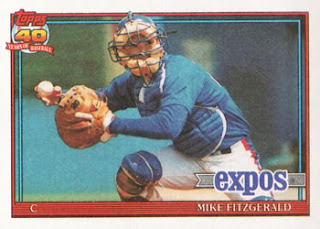 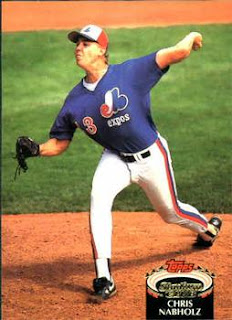 Card 318 is a 1992 Stadium Club Chris Nabholz
For some reason, I think this is a Spring Training shot. 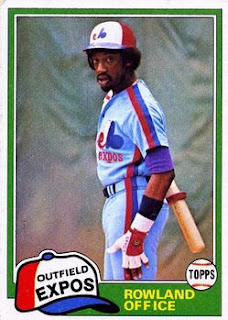 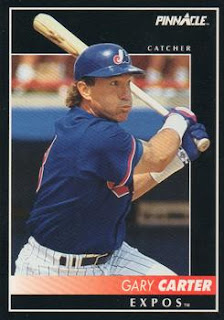 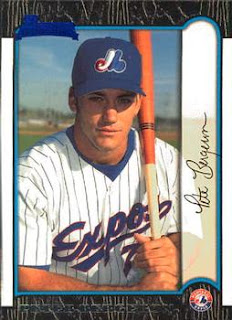 Card 322 is a 1999 Bowman Peter Bergeron
Some Bowman cards are rather boring, posed shots like this.. 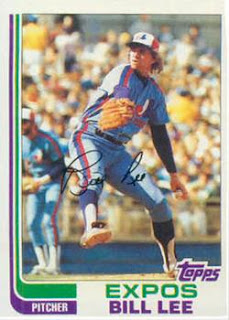 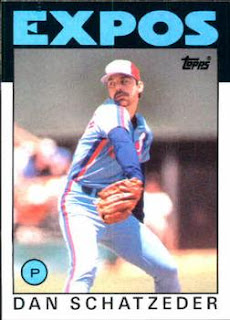 That does it for today.. Tomorrow will have another two pages.