Another day, another two pages of the Frankenset.

Now.. I do have some holes in the pages coming up. 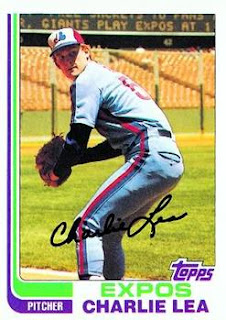 Card 38 is this Charlie Lea from 1982. I'm guessing this was taken at Candlestick. 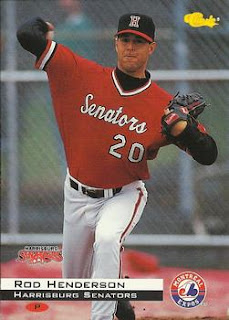 39 Is this Classic Rod Henderson. As I mentioned before, I'm including MiLB cards in here as well, though more as placeholders than anything. If I like the design the most, it'll stay. 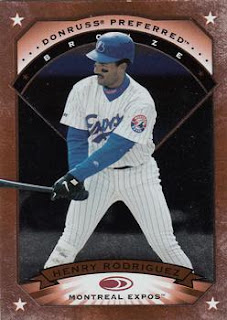 40 is the man who had chocolate bars thrown at him after homers, Henry Rodriguez.
When he was an Expo, fans would throw Oh Henry! bars onto the field Now to me that's a waste of perfectly good chocolate, but... 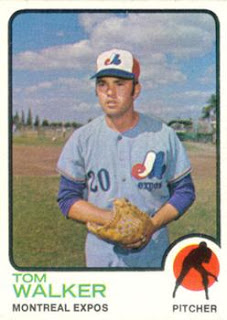 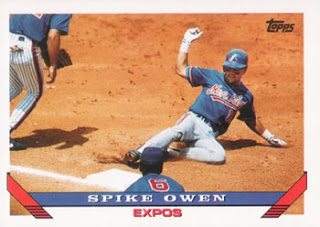 42. The Answer to the Ultimate Question of Life, The Universe, and Everything... Is Spike Owen.
It looks like an Expos/Mets game, possibly at Shea, if I'm assuming the white pinstripe pants with the racing stripe on the side is the Mets. 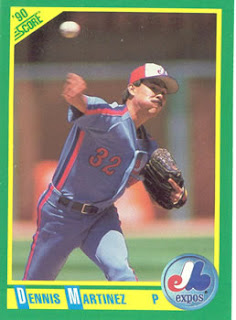 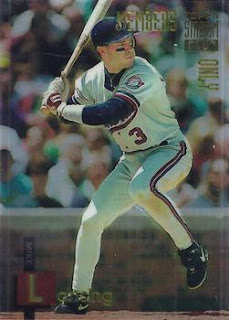 Card 48 is Mike Lansing. In Wrigley..
I'm almost thinking I can make a subset of this set just Cards in Wrigley! 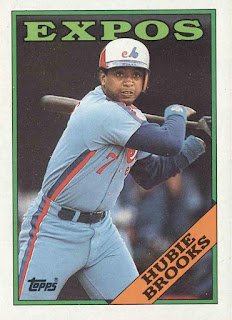 49 is Hubie Brooks. Looks to be deep in concentration. 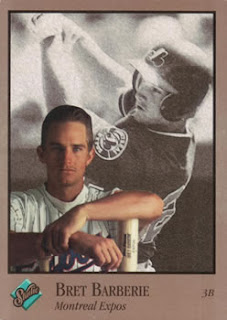 50 is this Studio Bret Barberie. I've professed my love of these sets before. I'll warn.. There are a few of these coming up. 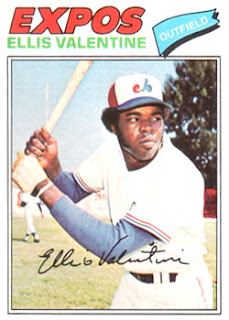 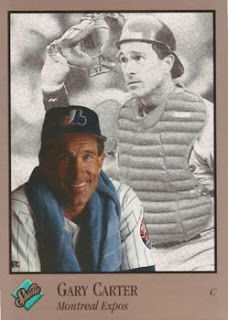 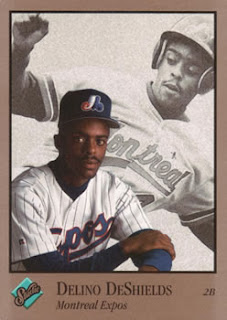 So this one is a rather odd post, since I didn't have any cards I was on the fence about.
However, I do know that I have holes here and ones I'd like to switch out as soon as I have the cards able to.
Posted by Mike Matson at 7:16 AM