So the Blue Jays clinched the AL East for the first time in twenty-two years. With that in mind, I want to look at the previous clinching teams.

The first time the Jays clinched the AL East was 1985. The 1985 team ended with 99 wins, the highest total in team history. The 1985 team was lead on the field by the outfield that was called one of the best, in George Bell, Lloyd Moseby, and Jesse Barfield. The infield had Willie Upshaw at 1st, Damaso Garcia at 2nd, Tony Fernandez at SS, and the two-headed monster that was Rance Mulliniks and Garth Iorg at 3rd. Catching was another platoon, Ernie Whitt and current Jays broadcaster Buck Martinez.

On the pitching side, Dave Stieb, Doyle Alexander, and Jimmy Key headed the rotation while Bill Caudill, Dennis Lamp, and Tom Henke headed the relief corps.

One notable injury that happened this season was to Buck Martinez. In a game against Seattle, he was bowled over at the plate, breaking his leg. What's truly notable about this, however, was that Martinez got two outs at the plate after his leg was broken. The first out came on the original play that broke his leg. He then threw the ball to third but threw wildly. They got the ball back to Martinez and he tagged the second runner coming to the plate. He was then carried off the field. 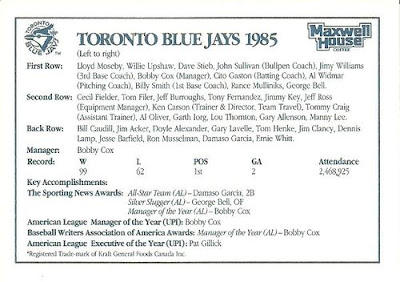 The Jays clinched their Postseason berth October 5, when Doyle Alexander beat the Yankees. They ended up losing in seven games to the eventual World Series Champion Kansas City Royals in the first best-of-seven Championship Series. (Prior to 1985, it was a best of five. If it was the same in 1985 the Jays would have went to the Series) 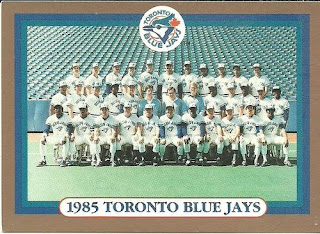 Posted by Mike Matson at 7:07 PM No comments:

Today my focus is Dave McKay. McKay is interesting for a couple reasons. First, he hit a home run in his first major league at-bat, the only Canadian born player to do so. Second, he was in the lineup that snowy April day in 1977 when the Blue Jays took flight for the first time.

McKay hit his home run for the Minnesota Twins against the Tigers' Vern Ruhle.

McKay was the only Canadian on the field for the Jays that first year. That first game he ended up making a throwing error and driving in the winning run against the Chicago White Sox,

As of right now, I only have one of his cards. I am looking for more :) 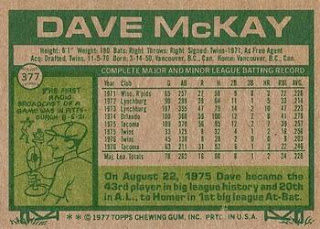 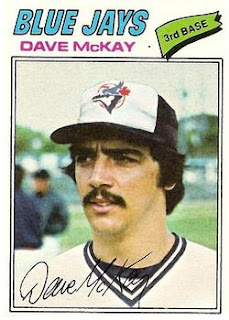 Current fan of baseball may know McKay as a coach. He started as a coach for the Oakland Athletics, following Tony LaRussa to St, Louis, then to the Cubs and now the Diamondbacks.

Posted by Mike Matson at 7:38 PM No comments:

Yesterday I profiled Kevin Reimer, an outfielder who was born in Georgia and lives in British Columbia. Today I'm going in the opposite direction.  Today I'm taking a look at Kirk McCaskill. 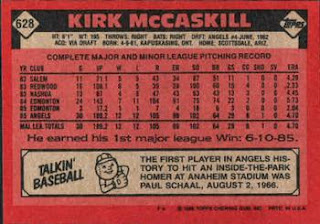 The full story is this: He was born in Kapuskasing where his father was playing hockey. After living in "Kap" for two years, they moved to Nashville, Tennessee. According to Jim Shearon's Canada's Baseball Legends, Kirk is proud to have been born in Canada, but feels he is American.

I find it funny that he was drafted by the Winnipeg Jets as well. He did play one season in the minors for the Jets, but decided after the season to pursue his baseball career.

Another Canadian connection for McCaskill was where he played AAA ball. Since he was a player for the Angels, their AAA team in the Pacific Coast League was in Edmonton, Alberta. 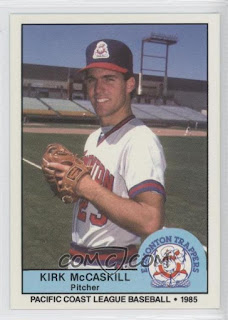 Borrowed from comc.com I do want this card though.

McCaskill played for the Angels and the White Sox. 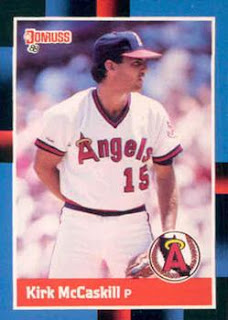 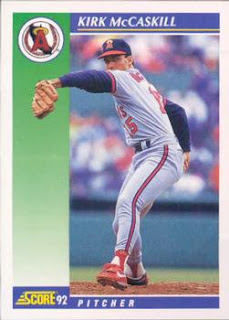 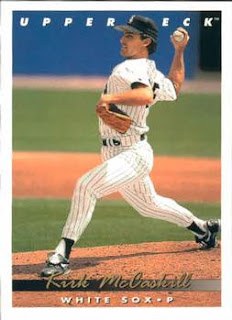 Posted by Mike Matson at 4:31 PM No comments:

One thing I've found interesting while following baseball are Canadians who have made the major leagues. One surprised me. I mean, everyone knows about Ferguson Jenkins, Larry Walker, and Terry Puhl. One that surprised me was Kevin Reimer. While it says he was born in Macon Georgia, both his parents are Canadian citizens. Reimer's father was a baseball player for the Macon Peaches when Kevin was born. 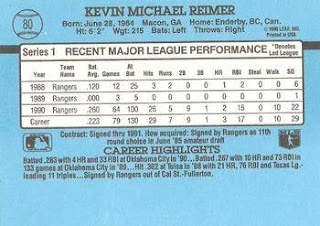 As you can see here, Born: Macon GA.. Home: Enderby BC.

The reason this was surprising to me was I always found myself drawn to his cards and found it odd he was born in the US and lived in Canada. His circumstances were covered in a book called Canada's Baseball Legends, of which I have a copy laying around somewhere. 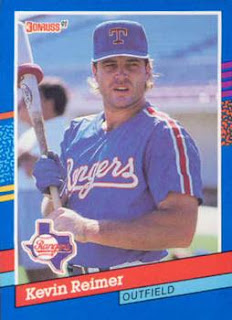 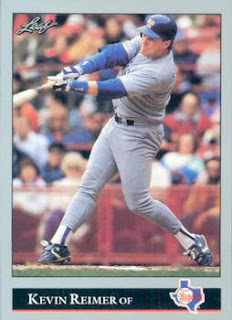 After setting up the page over a year ago, I finally decided to actually write something here.


I've been looking for a group of cards for a while now. 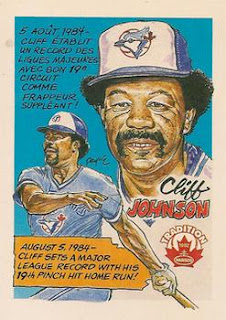 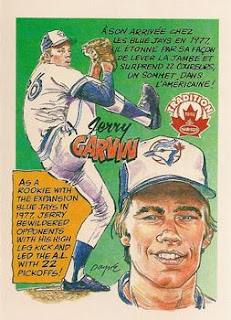 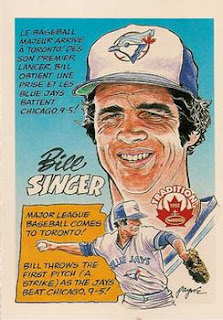 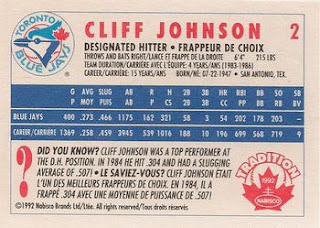 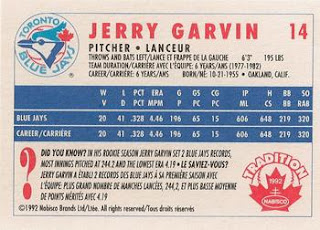 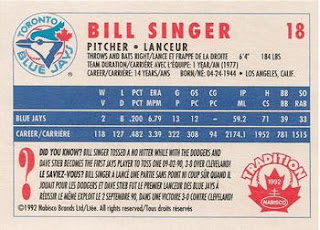 I've posted my favourite three cards just to show what they're like. If anyone has any of these that they'd like to part with let me know :)