Well, today I hit something of a milestone that I didn't even realize.. This is my 300th blog post..

Thanks for reading my babblings..

Anyway, this is covering the trades I received over the month. I finally got everything I owed out yesterday. Actually, there's one more I need to get out, but I couldn't afford to send them all.
Anyway...

The first of the second batch I want to show is from Detfan6897 from the Trading Card Database. 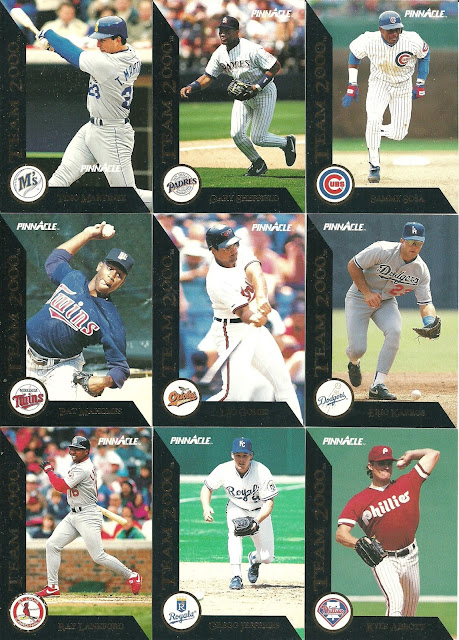 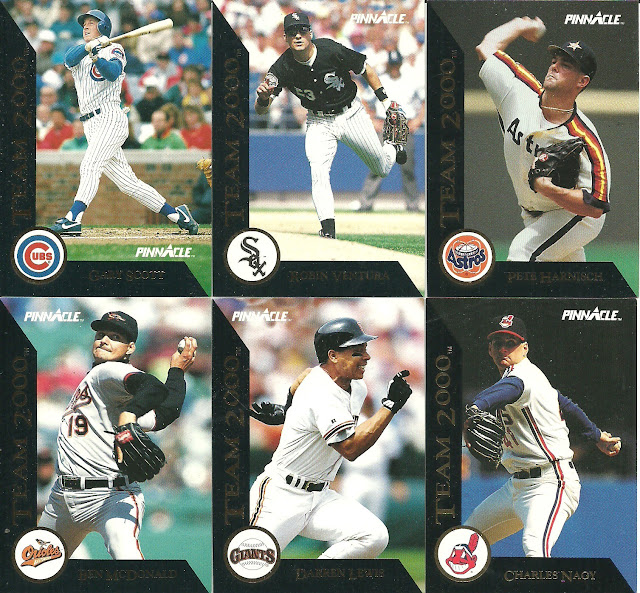 Team 2000 cards from 1992 Pinnacle. I remember when Pinnacle came out in 1992 and pulling these cards, for me, were amazing. As Pinnacle was harder to find for me, I never really had many of these.
I really like these cards.
There are some good ones here like Charles Nagy and Robin Ventura and some not so great like Gary Scott. I do like the fact Sammy Sosa and Eric Karros are in here as well.

The second trade is from Trading Card Database member minibbcards. 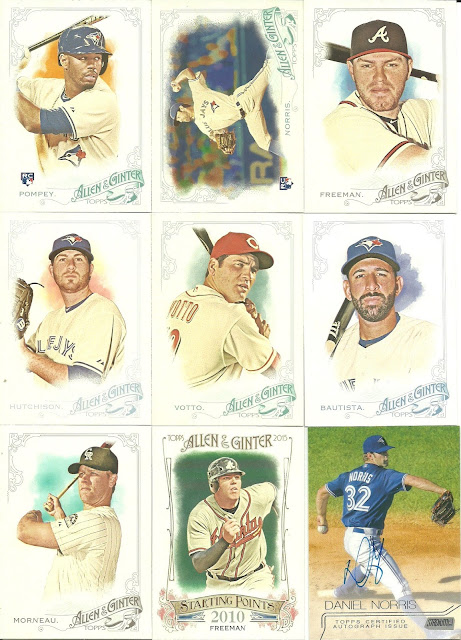 That catches me up.. I think the next little while I'm going to try to do some posts I haven't done in a while. Maybe bring back a couple Canadians in the Majors profiles and a couple "Jays and..."

It's been tough getting around to writing.. I just haven't felt like it for a while now..

I have a couple trades I finally scanned in that I want to cover.. I have two more trades that I need to scan in.. 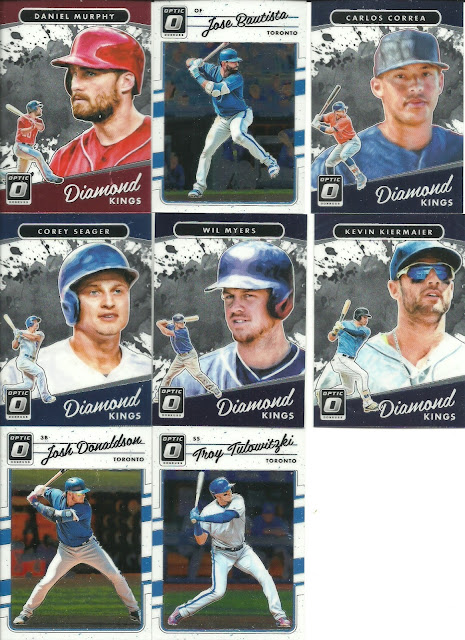 The first is from TCDB member Ilkinsan2. They had a few Donruss Optic cards and some Diamond Kings I wanted. 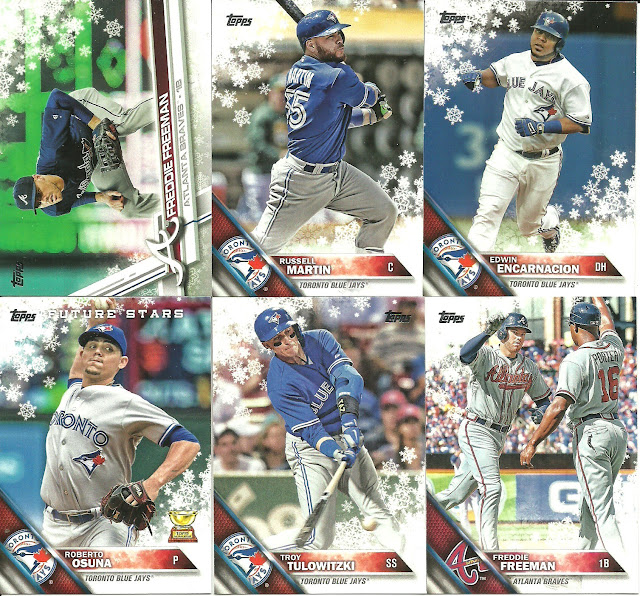 The second here is from TCDB member Colengo90. Some Snowy cards here. Jays and Freeman.

I have 8 trade packages to send out. Some of them have been sitting here for a couple weeks, but with the Christmas holiday being two weeks off and encompassing one full paycheck, I just didn't have the funds to send anything out.

I'm hoping that getting this backlog out will help improve my mood, but I don't know..

Anyway... Have a good night.. I'll cover the other two trades soon.

Posted by Mike Matson at 6:39 PM No comments:

Well, despite having issues this morning with my bus that ended up making the kids that got on my bus this morning late, today was a good day.
Even moreso when I received mail before I went back for my afternoon run.

I received a trade with a member from the TCDB, herkojerko. 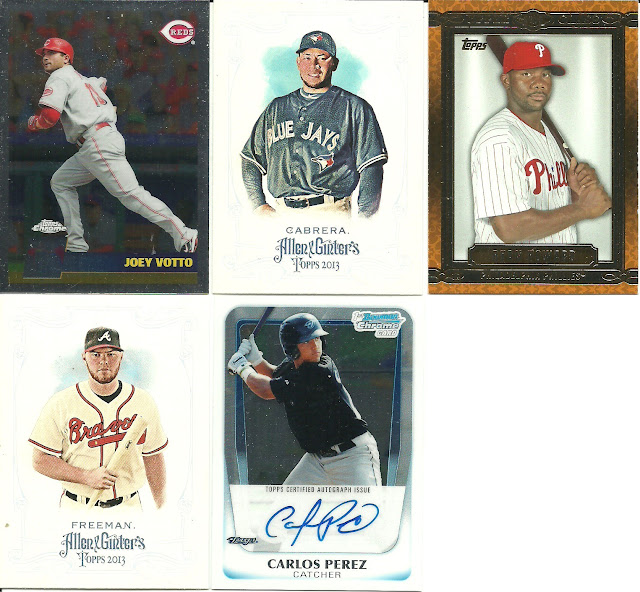 Some Canadians for the binder, a Melky Cabrera, and a Ryan Howard for that insert set. 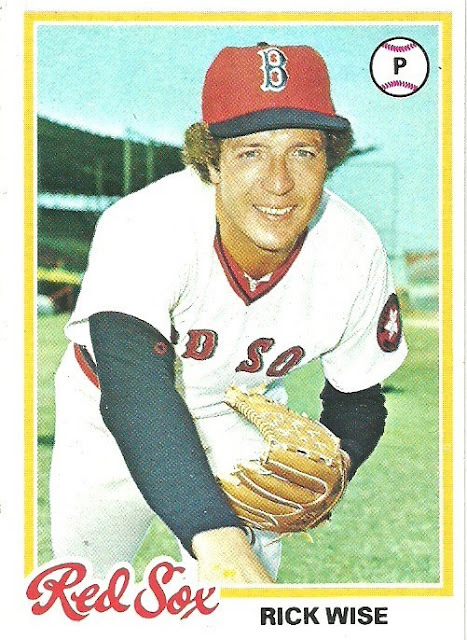 This little beauty came into my possession courtesy of P-Town Tom.
Readers of his blog would remember this one showing up in his Post Here.
I had commented that I needed this one for the 1978 set I'm putting together, and lo and behold, he sent it up.. The funny thing being is that it started out here.. It was in one of the repacks I had sent for his Secret Santa gift.

Finally, some cards from Matt. We've been talking on Twitter and he mentioned he had some Fleer cards from the early 1980s he was looking to get rid of.. I sent him my want lists and got a few in return.. These are the 1981s I needed.
Always nice to get a Stieb.
Reggie Cleveland and Fergie Jenkins slide into the Canadians Binder. 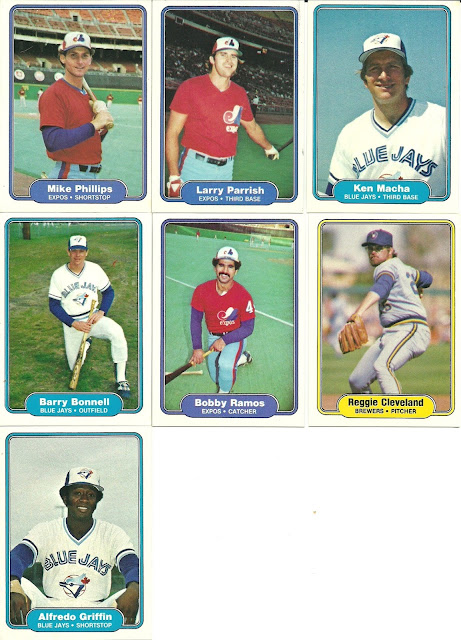 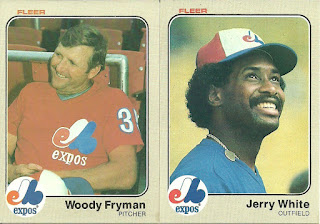 The others I recevied from him.
Three Jays, Three Expos, and Reggie Cleveland.
Finally, two Expos I didn't have for 1983.

Thanks for the cards! I have cards going out to herkojerko and Matt soon. Hoping to be able to wiggle it in this week. 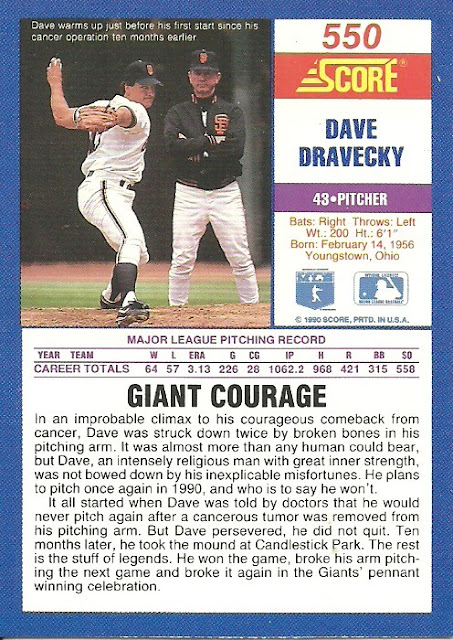 Showing More from the First Row

This is a little bit of a mashup post..

Part will be more cards from the CrazieJoe box.. Part will be a purchase I made from First Row Collectibles.

There was a year end sale with 50% off the order. I figured if I found a few cards I wanted, I'd take part. I found a few and it ended up costing me right around $12 CDN plus shipping. 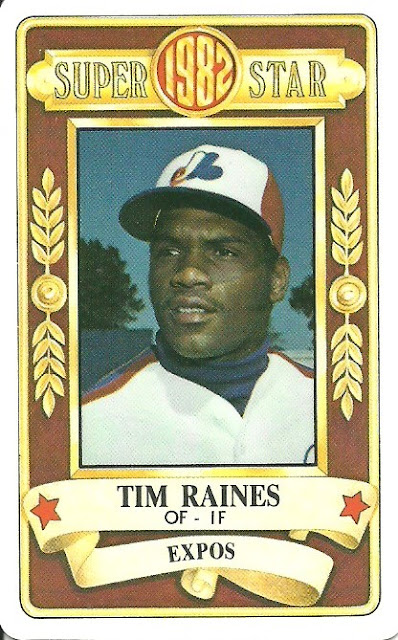 This is a 1982 Perma Graphics Tim Raines. 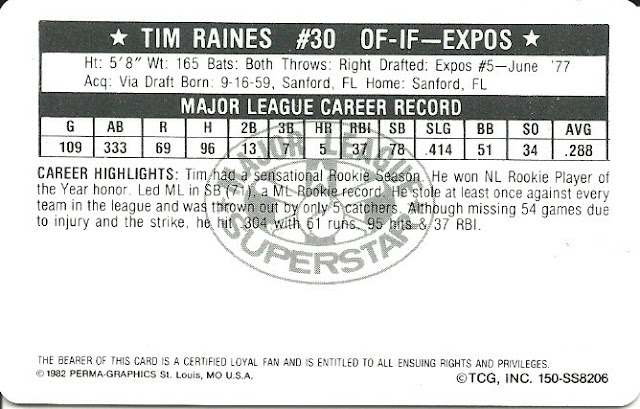 This is what the back looks like.. Yes.. It's a credit card style.. well.. card...
I do like the line on the bottom, under the space where you'd sign your name..
"The bearer of this card is a certified loyal fan and is entitled to all ensuing rights and privileges" 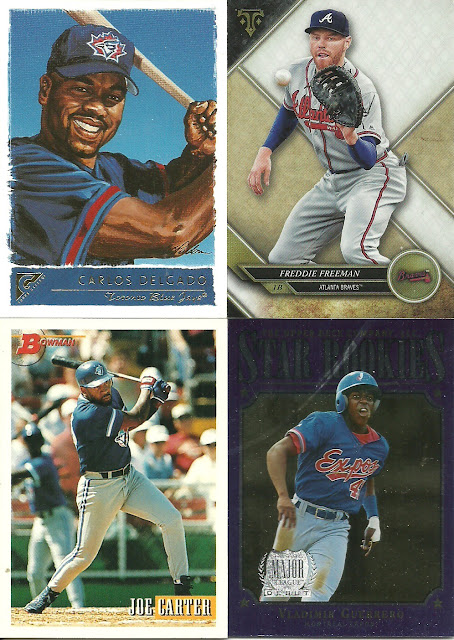 I also picked these up.
I liked the Topps Gallery cards, even though I have only seen a couple of them, and all of them well after the original run ended. I think I would have preferred them to be on the same kind of card stock that Upper Deck Masterpieces was on, but that's a minor quibble.
I know I didn't have that Carter before hand, as I don't have much in the way of Bowman.. Of course, this is before Bowman went off the deep end with parallels and all that other crap..
Freddie Freeman fits into my Canadians collection since both his parents are Canadian and he played for Team Canada in the WBC.
Finally, a Vladimir Guerrero MLB debut card from Upper Deck.

Definitely check out https://www.firstrow.ca/
He's got baseball, hockey, football, basketball, and wrestling cards. Also sells autographed cards. Has autographed photos and other things like that as well..

Now.. Looking at more cards from the CrazieJoe box.. 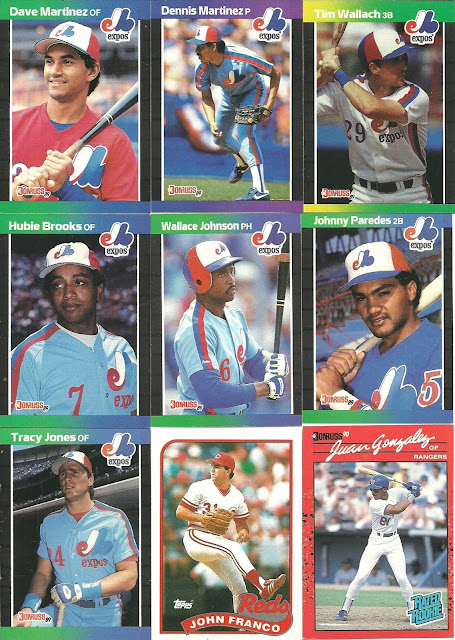 Some 1989 Donruss.. Since I decided to complete that set as well, these are welcome to see.. I believe they're going to go into the Expos binder, though.. I'll find out soon enough.
The John Franco 1989 Topps will slide into the set.
Juan Gonzalez error card! For some reason, I was convinced this card would be a tough one to find.. Well, here we are.. 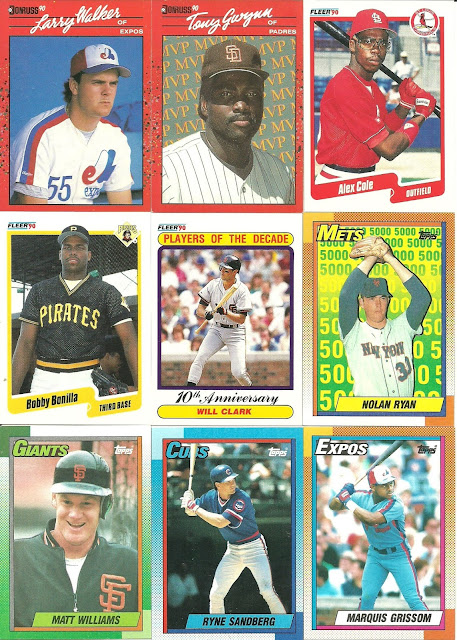 The 1990 Fleer are Fleer Canadian versions.
1990 Topps that I needed. I think the Grissom is one for the team binder though. 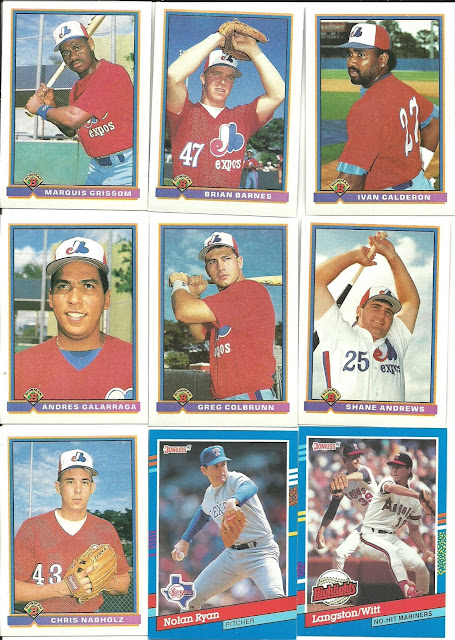 Bow-Spos..
A couple 1991 Donruss as well, both cards I needed for the set. 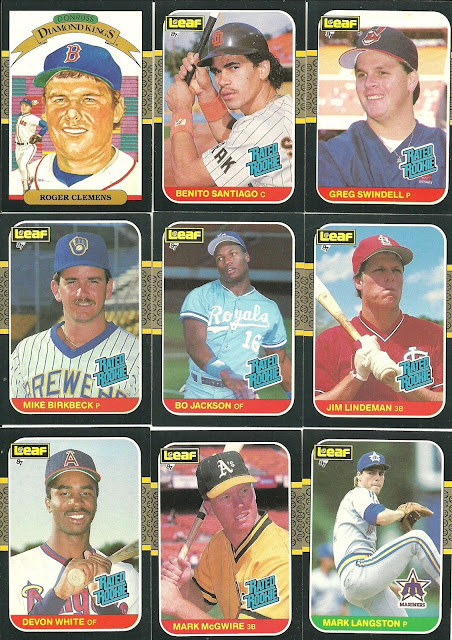 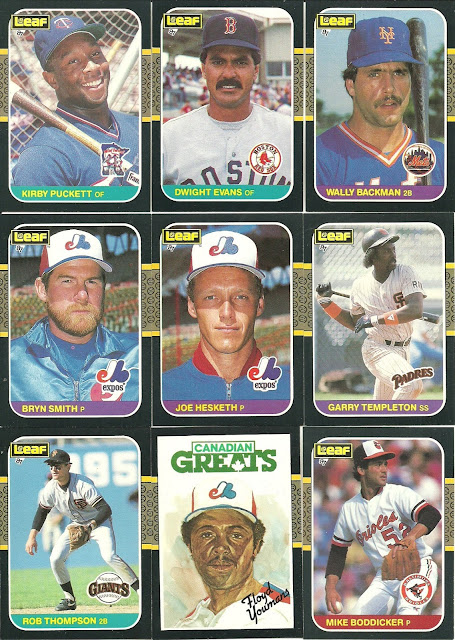 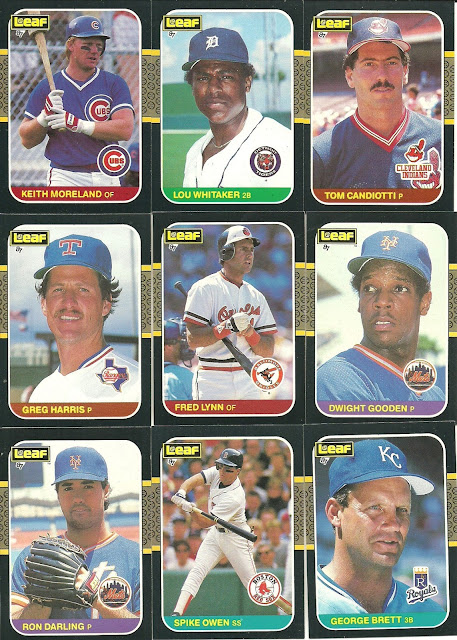 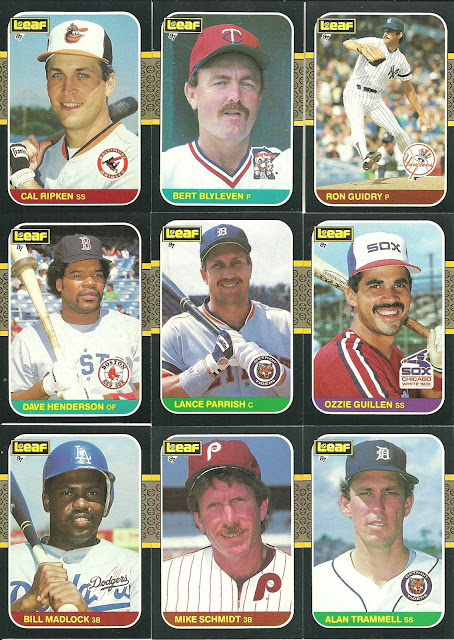 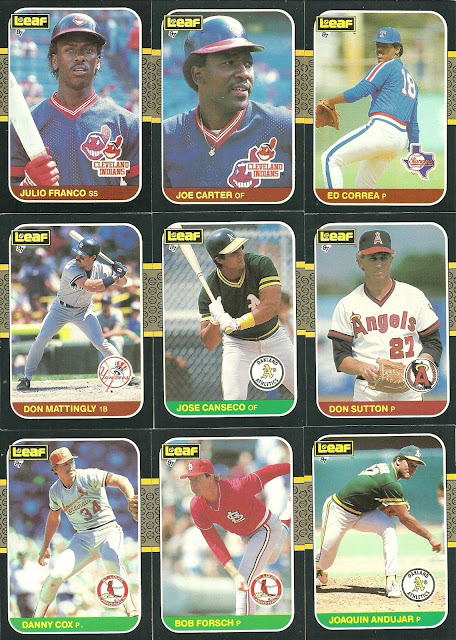 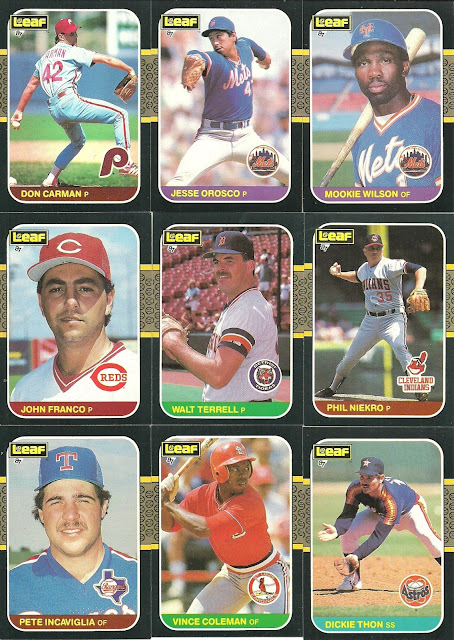 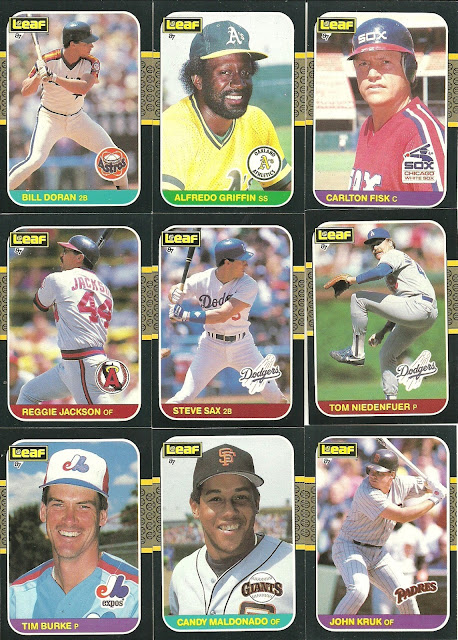 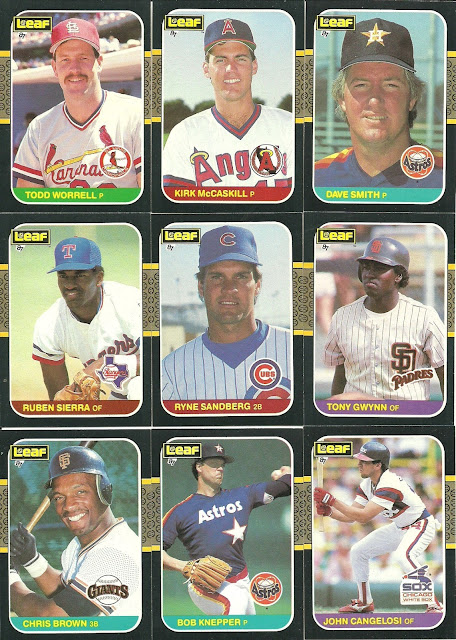 Nothing more interesting on any given day than getting mail you weren't expecting (while still waiting on mail you were expecting.... )

A couple days ago, I received an envelope with four cards in it..
Three 1991 Fleer, and one 1992 Donruss The Rookies card.
The return portion of the envelope had an address, but no name to it..
I just checked my transactions on TCDB, and it's from the user SteelPerogie 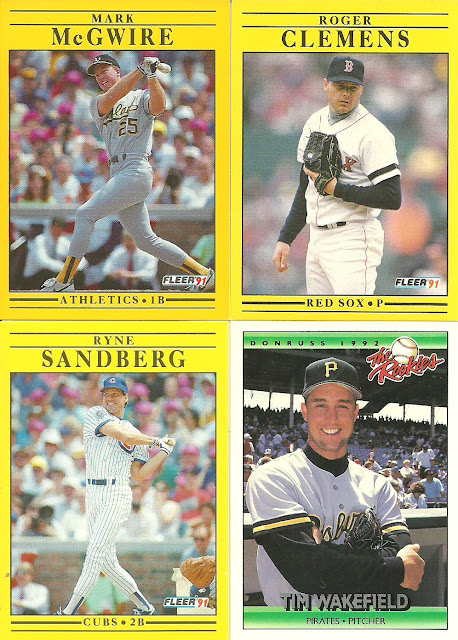 I forgot that I had a trade there, to be honest. I figured it out when I went to enter them into my collection and one was showing as "In Transit" so that mystery is solved.

The other trade I made was conducted through Twitter.

Curtis at First Row Collectibles put out an offer for those wanting to make trades with him to contact him. So I did.. 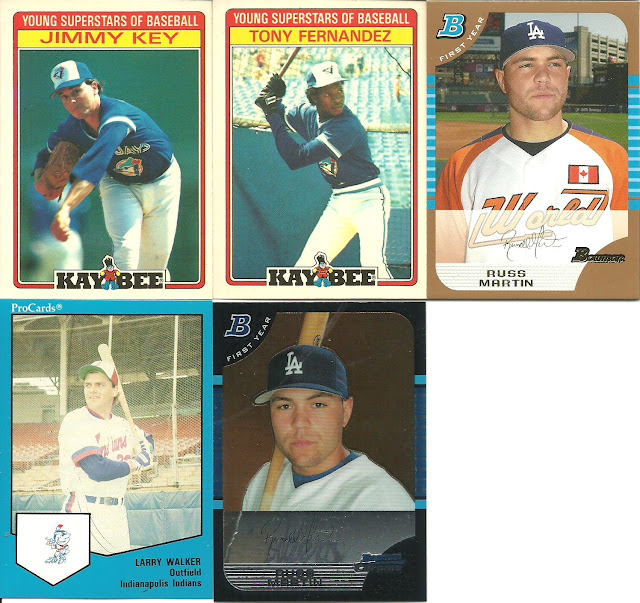 With it being January and the new year, many people have been throwing their goals for 2018 out there.

My only goals right now are to keep myself sane and continue working on my mental health issues..
That may mean I disappear for a while at points.. I don't know what will happen.
In any event, thank you.
Posted by Mike Matson at 10:58 AM 1 comment: