Some Cards Came in

Well, I'm back in the hospital. Will likely be for another month or so. I will need to go through rehab again. But that's not what I want to talk about today.

No today I want to talk about a three card package that came in from one of the authors of the George Gibson book I covered a while back, Richard Armstrong.

We connected originally over 1994 Collector's Choice. He was working on getting the base, Silver Sig, and Gold Sig sets. I had some base and silver to send him and we've been in touch since.

When he found out I was back in the hospital, he sent out a little "get better soon" package 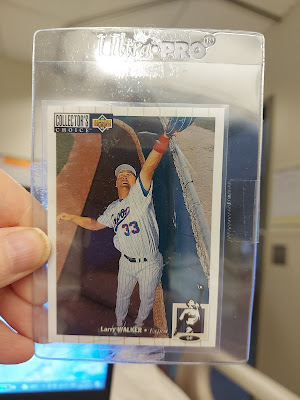 First is a Larry Walker from that 94 set. This is an extra but definitely counts to the million Expos.
I think this would be a great one to get signed as well. 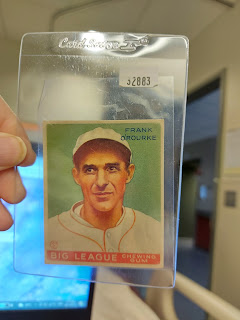 Next, a 1934 Frank O'Rourke. Isn't it a nice card? He's listed as a member of the Montreal Royals here. 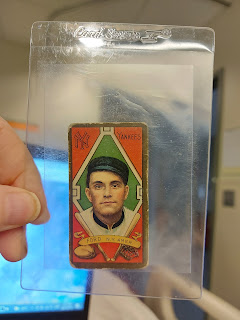