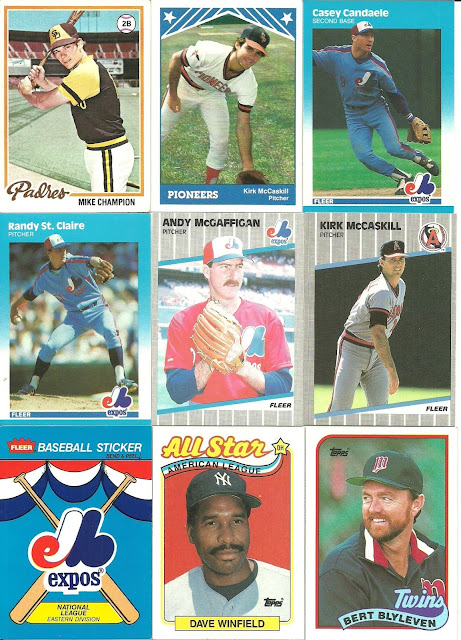 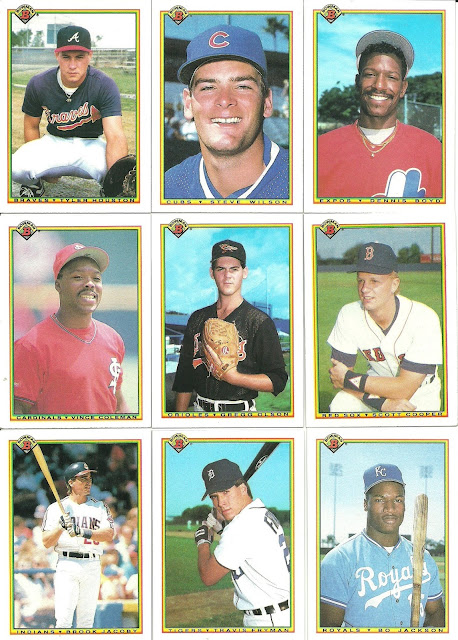 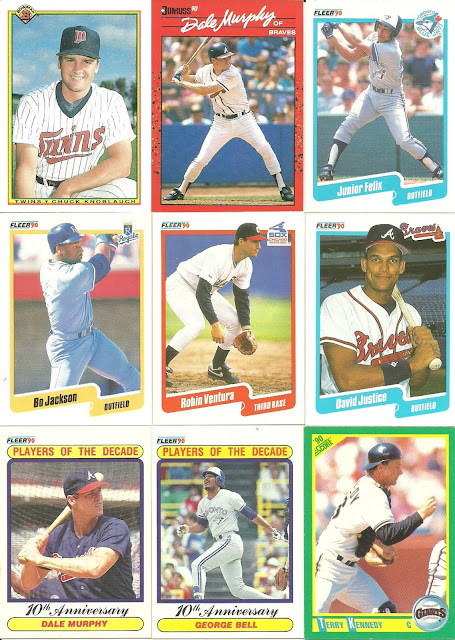 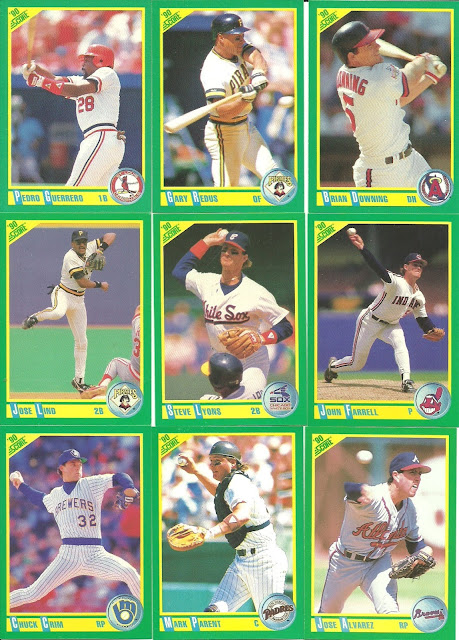 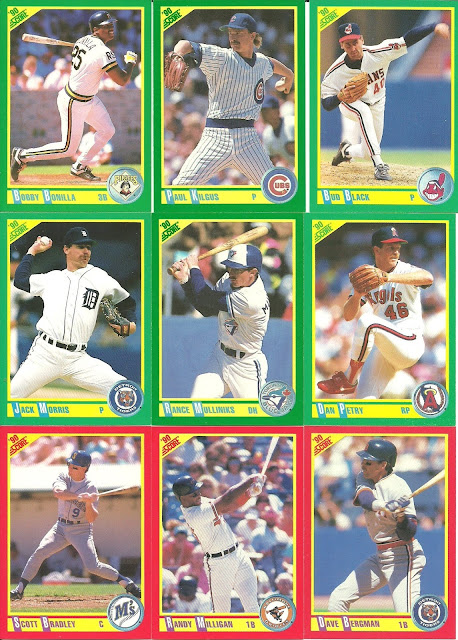 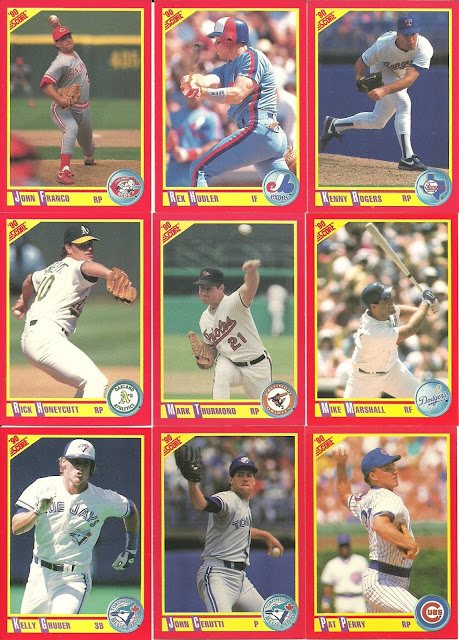 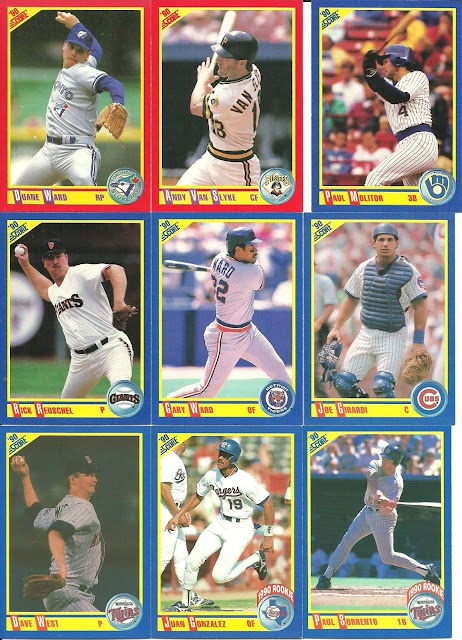 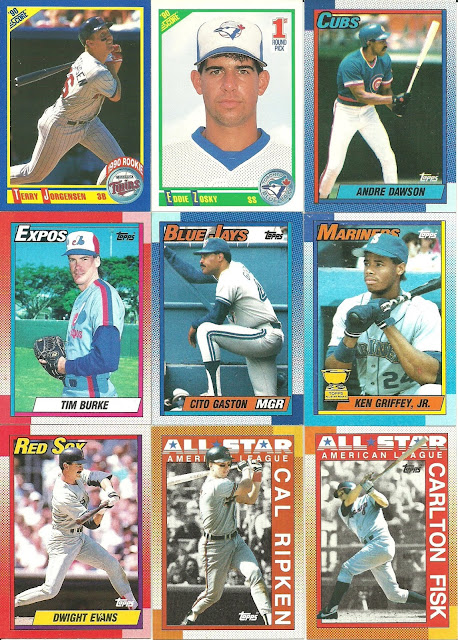 I think right now sitting down and doing these might be better for my sanity (or what's left of it) than sitting doing nothing.. So here's another one..

I made a purchase from Jenny Miller on Twitter recently. I received them yesterday. A nice mix of cards I bought and some Expos for my project. 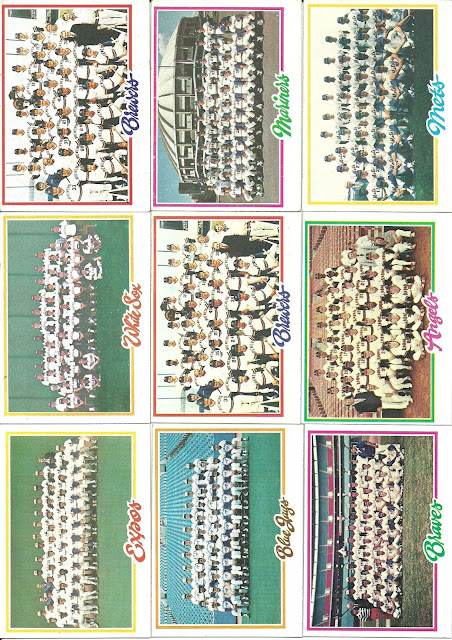 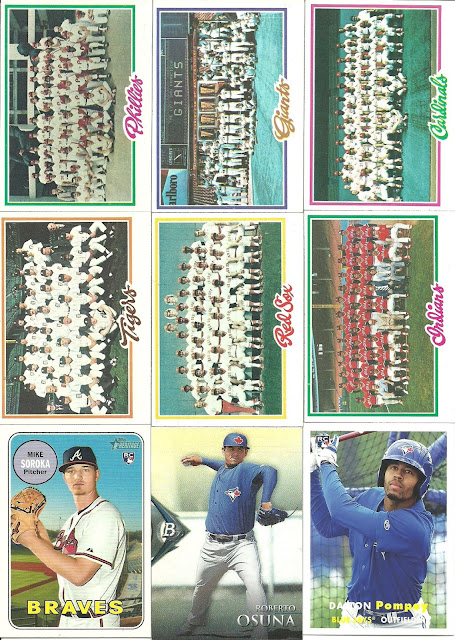 1978 Topps team cards.. Putting a small dent into the want list for that set. For some reason, I think the Jays one is a duplicate. I think I have two already, but I'm sure I know someone who may want it if that's the case.
Mike Soroka is a Canadian, so he fits into my collection scope.
Dalton Pompey may be on his way out in Toronto. There were some issues with him in Buffalo this season.
Finally, everyone's favourite punching bag this year, Roberto Osuna. 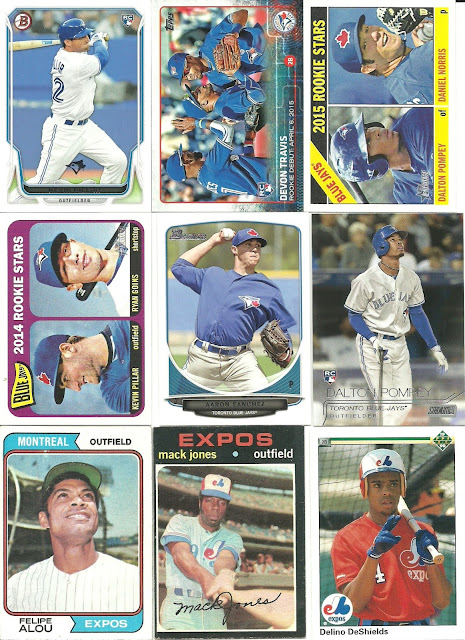 More purchases. Kevin Pillar and Aaron Sanchez Bowman cards. Another couple Pompey cards.
I had to jump at the two Expos on the bottom row. Felipe Alou as a player and Mack Jones from 1971. 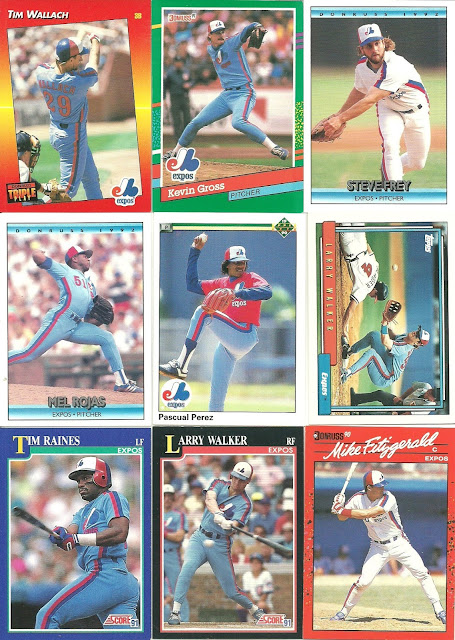 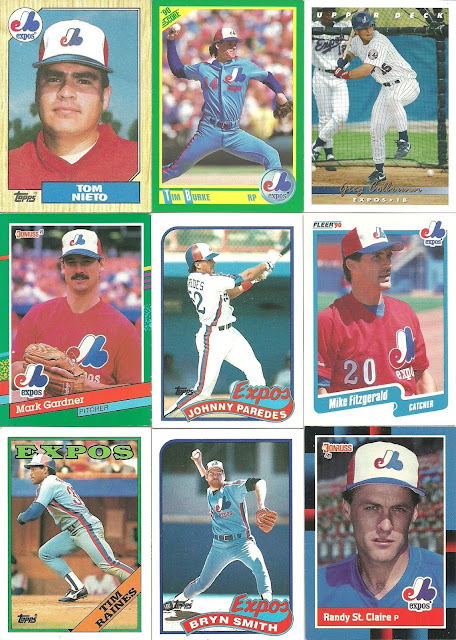 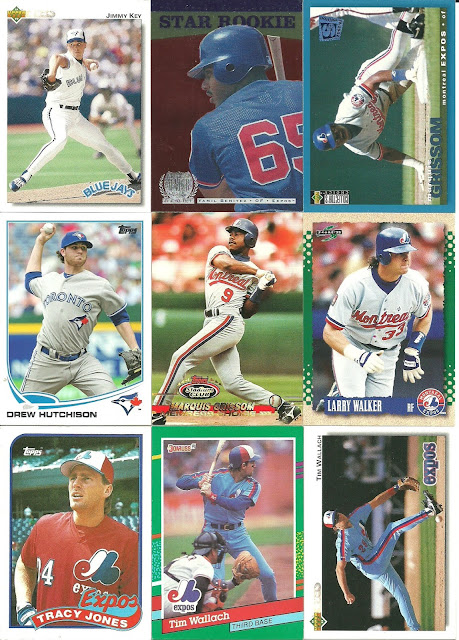 Expos! Glorious Expos! Some Larry Walker cards to see if they go in the Expos binder or in the Canadians Binder.
That Wallach Upper Deck card has a bit of a story to it for me..
When I was in High School, I took art through most of it. My Grade 13 art class had us doing six major projects. We had to do different things, so as to not do the same thing over and over. One of the things I did was a scuplture. I did it of Wallach in that pose.

Thank you Jenny! She's already working on something else for me for my Expos project. Looking forward to it!

Rumours of my Demise....

Yeah.. I haven't been around for a few weeks..

I've actually been dealing with a rather severe bout of depression lately. Between stress from the summer, stress from work, stress about other personal things, I just got to the point where I destroyed myself mentally.

I had trades on the Database I needed to get out that slid to the wayside. I had sorting that's been left.. It was bad.. I would go to work and come home and fall asleep.. And stay asleep till morning..

Today started out as every other, but some things turned around a bit..

I know it seems like I've been dealing with anxiety and depression a lot lately, and it's true. I was diagnosed with Panic Disorder and Agoraphobia. I also have some perfectionism in there. I know people have had me say I feel when it comes to trades that I should know what people want before they even ask.. That's unreasonable. I know this.. It doesn't change it..

I do appreciate the members both on TCDB, and the Team Traders forum, and those on Twitter I interact with and trade/purchase from for their understanding. I did finally get stuff out to the people I owed, so that's good.. Sorting... Well, because of the volume of cards I received in this funk... I may have to restart my Expos sheet, or at the very least, verify what I have..

I really appreciate each and every one of you that I talk with and trade with.

All this said, I do have some ideas going forward for the blog. Kind of a tour, but Canadian-focused. It might end up being a couple versions, I don't know.. 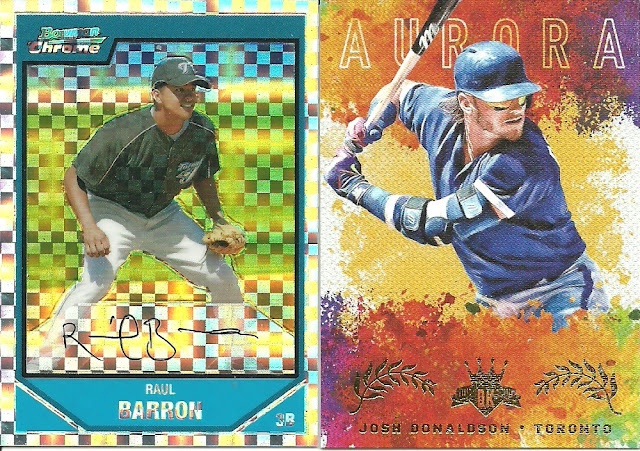 I got these beauties in the mail a couple days ago from Therion from the Team Traders forum. I believe he's on Twitter as AstrosAtoZ
Posted by Mike Matson at 3:09 PM 8 comments: