I got these in the mail from a fellow user of Tradingcarddb.com, Bobscardz.

As you may or may not have been able to tell, I collect the Jays. I've also branched off to the Expos and Canadian born players, but more current guys are going to be a royal pain to collect. BUT that's a topic for another day :P

I got these in the mail Friday. As a design, I'm neutral on the 2007 Topps issue. For me some of these cards are way too much black.. Black border coupled with the "Angry Birds" Blue Jay and alternate black uniform I find too much... 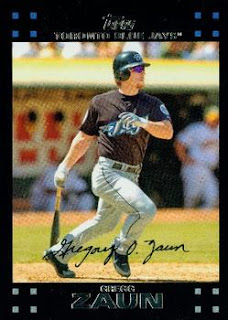 Gregg Zaun is still kicking around Toronto, doing the pre-game and post-game shows on Sportsnet TV.


Rapidly turning into a baseball version of Don Cherry with some of the odd suits he wears.. I sometimes wonder if he goes over to borrow outfits.. 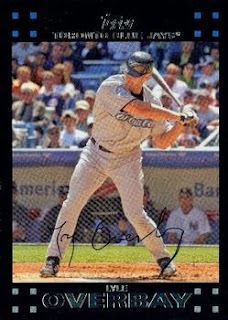 Lyle Overbay came to the Jays in December of 2005, traded with Ty Taubenheim for Gabe Gross, Dave Bush, and Zach Jackson. 2007 was a down year for Overbay but was sadly par for the course for the rest of his Jays tenure. He did suffer a number of injuries as well. 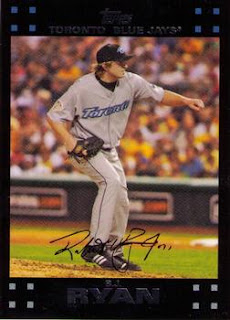 B.J. Ryan. Ugh.. Truth be told, I could probably write a post just on his injuries with Toronto. 2007 was one such injury-plagued year. He pitched in all of 5 games before going under the knife for a Tommy John procedure.

I can't remember if it was this time, or the next time he was injured that JP Riccardi tried deceiving the press by saying the injury was something completely different. 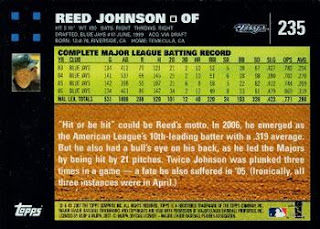 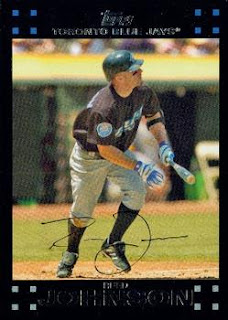 Reed Johnson was one of my favourite players on the Jays. He was one of those scrappy styled players. 2007 was the last year for Johnson on the Jays and arguably his worst as a Jay. There was a feeling through his tenure that he wasn't an every day player. Johnson trained harder than anyone else to be an every day player. In that respect, I see Johnson and Kevin Pillar in the same way. 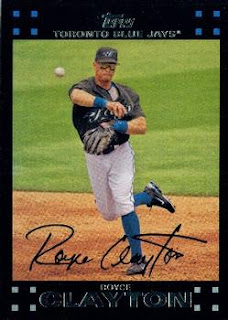 There really isn't much I can say about Royce Clayton. 2007 was his last year in MLB and he split it between Toronto and Boston. He wasn't that great, but he was also 37. 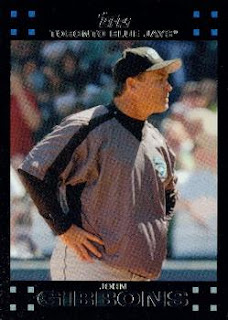 The first go-around for John Gibbons started in 2004 and ended in 2008. In 2007 the Jays went 83-79. Gibbons' first tenure was coloured more by the confrontations with players than anything else. 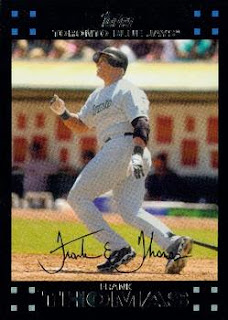 Oh Frank Thomas, you deserved better. 2007 was his last good season. He hit his 500th home run. In 2008 he was released by the Jays during a slow start.

We know the rest. 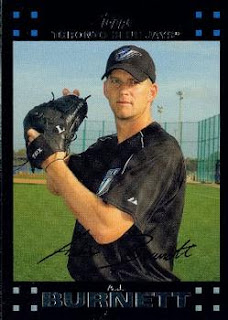 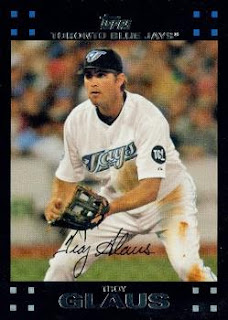 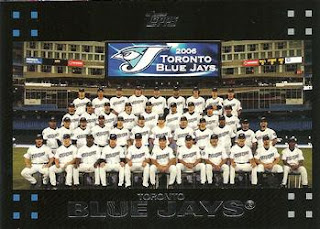 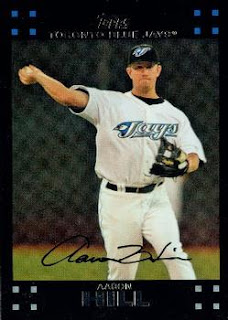 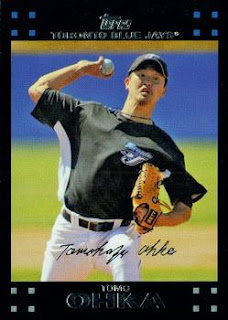 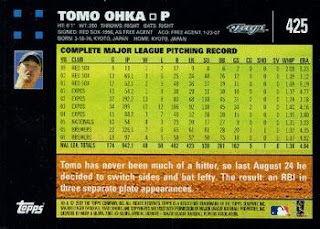 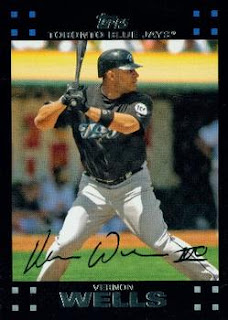 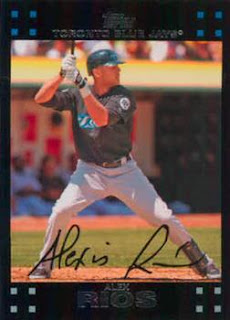 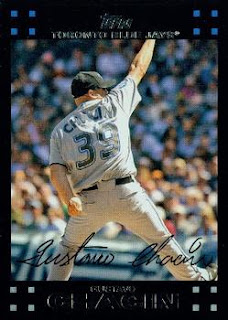 The rest listed. I find it funny how Wells and Rios' stances are similar.


There are still cards from this set I want/need 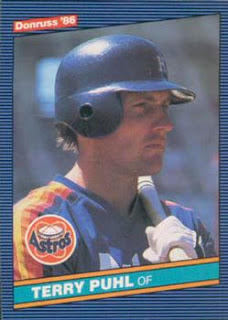 Today will highlight Terry Puhl. When I first started collecting in 1992 he was already retired. I started buying some cards from 1988-1991 and came across his card. It struck me at the time how there weren't many players from Canada.  For years I would actually take the annual forecast magazines and count the number of Canadians. 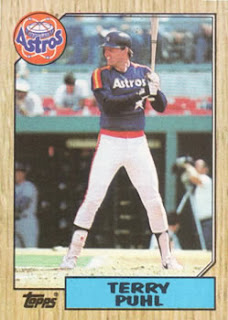 Back to Mr. Puhl though. He signed with the Astros organization when he was 17, starting out for the Rookie League Covington Astros in 1974. In 1975, he was playing for the Single A Dubuque Packers.
In 1976 he split between Double A Columbus and Triple A Memphis. 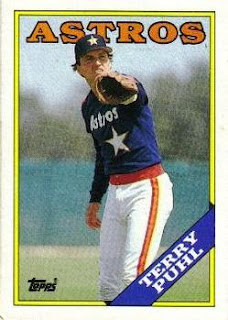 In 1977, he made his Major League Debut for Houston at the age of 20, also spending time with Triple A Charleston. His Major League debut came in July of 1977. He has also coached the Canadian National team as well as for the University of Houston-Victoria.