I'm still in the hospital, but this is something I can take care of from my room. I've read the latest blog bat around and figured I'd take part. For the most part it's limited to guys I saw play. There are a couple that were before my time as a fan, but I'll explain why they're there 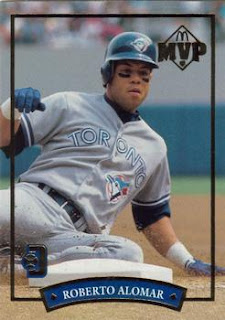 1992 Donruss McDonalds MVP
Given the recent troubles he's had this is a controversial choice. I'm basing this solely on his playing days. Otherwise, he would not be here.
B: Craig Biggio 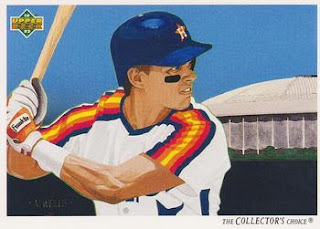 1993 Upper Deck
Biggio was one of those scrappy players who could play multiple positions. He made himself into a Hall of Famer and besides, I love those Astros uniforms
C: Joe Carter 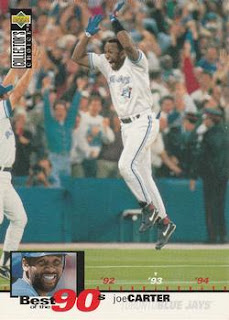 1996 Collector's Choice
This photo was taken after he hit the homerun to end the 1993 Series. In interviews I've watched with him he's down to earth and likes giving back to the community.
D: Carlos Delgado 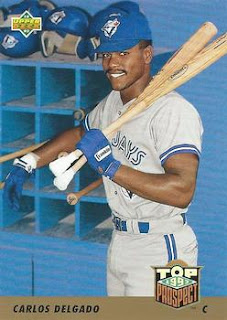 1993 Upper Deck
Yes, there will be many Jays on this list. I do not apologize for that. Delgado slugged his way into our hearts and minds. Started as a Catcher, tried in Left Field, and stuck at First Base.
E: Mark Eichhorn 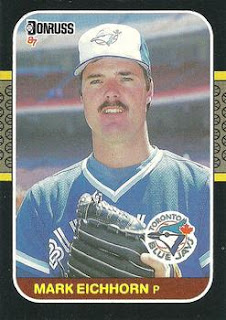 1987 Donruss
I admit, this one is solely on his delivery. Love the sidearm sweep of his pitches.
F: Cecil Fielder 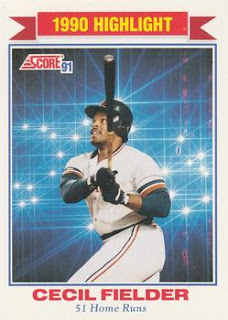 1991 Score
He started as a Jay, but really hit his stride as a Tiger. Hated seeing him come up against the Jays, but his homers were something to watch.
G: Vladimir Guerrero 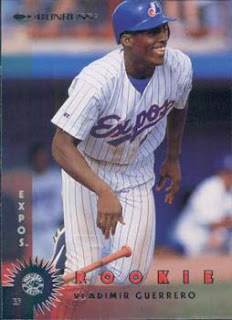 Donruss
Vlad Sr takes the spot here. He was fun to watch and really looked good in those Expos unis.
H: Roy Halladay 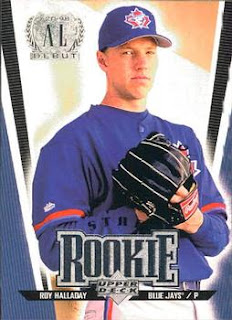 Upper Deck
Well, another Hall of Famer here in Doc. One of the best pitchers in Jays history.
I: Jeff Innis 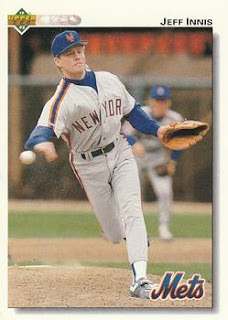 1992 Upper Deck
I have a thing for sidearm pitchers. I didn't get to see Innis pitch often, but I love this picture and really, his name is fun to say..
J: Fergie Jenkins 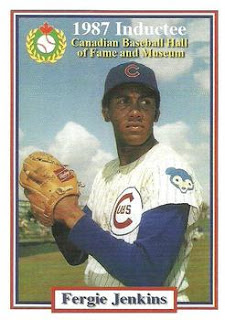 Canadian Baseball Hall of Fame
Fergie was before my time as a fan. I did see a documentary put out by the National Film Board of Canada called King of the Hill.. It's on Youtube
The first Canadian born HOFer has to have a spot here..
K: Darryl Kile 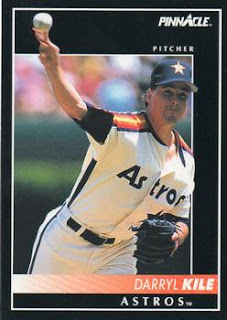 1992 Pinnacle
Darryl Kile, if I'm not mistaken, had one hell of a curveball. Plus, those Astros unis again!
L: Adam Lind 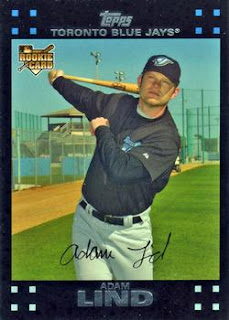 2007 Topps
Lind is one of those weird choices. Kind of a favourite by default.
M: Greg Maddux 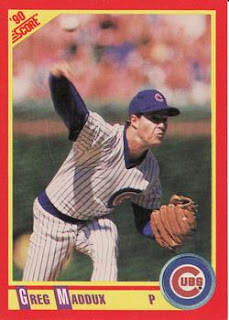 1990 Score
I may not have been a fan of some of the teams he played for *cough* Atlanta *cough cough* but he was one of the best pitchers of the last 30 years.
N: Chris Nabholz 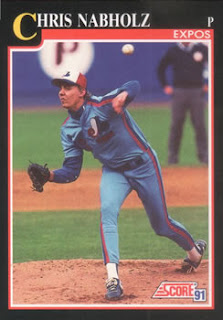 1991 Score
Nabholz is another favourite by default I think.
O: John Olerud 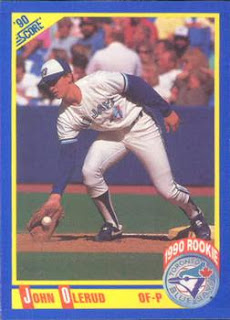 1990 Score
1993 was a fun year to be a Jays fan. Making a run at consecutive World Series appearances, John Olerud flirting with .400
Plus, look at this card from 1990.. Has him listed as an OF/P but playing 1B
P: James Paxton 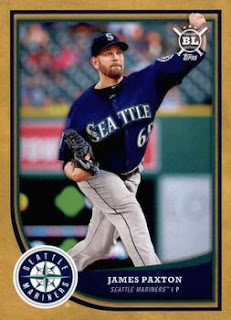 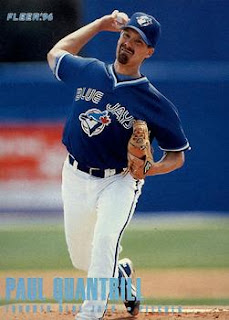 1996 Fleer
Another Canadian. Did pretty well for the Jays
R: Nolan Ryan 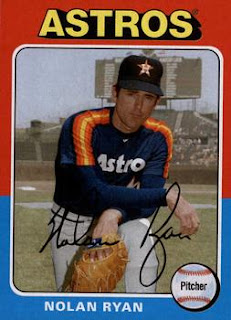 Archives
Nolan Ryan was always fun to watch. I modeled my pitching windup after his. And of course, those Astros uniforms..
S: Ozzie Smith 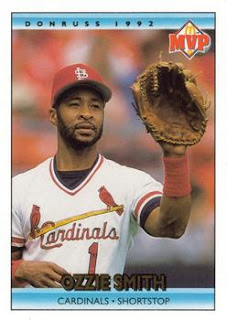 1992 Donruss McDonalds MVP
The Wizard was a joy to watch.
T: Frank Tanana 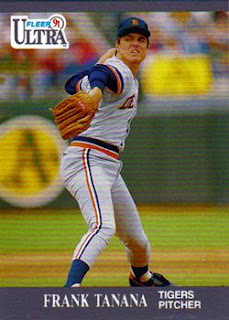 1991 Ultra
I just like saying his name, or changing it to Tanana Banana...
U: Ugueth Urbina 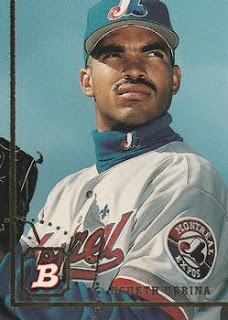 Bowman
He's here by default. Expo. Not a fan of the off field stuff.
V: Joey Votto 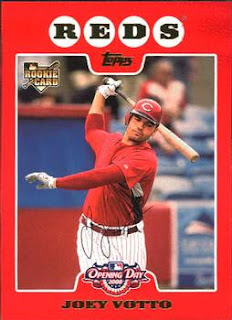 2005 Opening Day
Another guy who's fun to watch. Would like to see him in a Jays uni before he's done, but I don't think that will happen.
W: Larry Walker 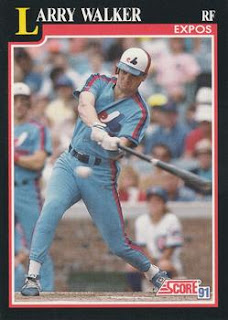 1991 Score
The Second Canadian into the HOF. Great hitter, great fielder.. and just think.. He could have been a goalie had things worked out differently for him...
Y: Rich Yett 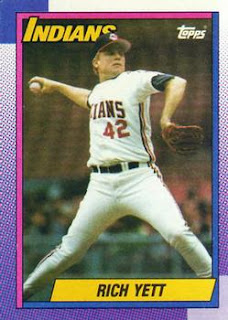 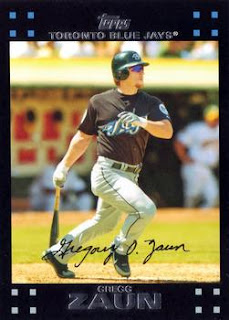 2007 Topps
The baseball Don Cherry for a while. Outlandish suits on Jays pre and post game shows until his behaviour caught up with him..
In Toronto he was fairly popular when he was playing. He had a section of fans called the Zaunbies.
So what say you? Who are your favourites?
Posted by Mike Matson at 3:32 PM 7 comments: