Today is another two pages.

The first page has a number of holes.. 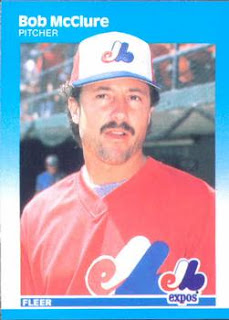 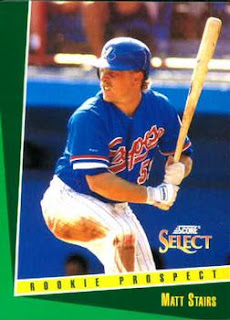 Card 327 is a 1993 Select Matt Stairs.
Another Canadian for the set, plus I like the photo. 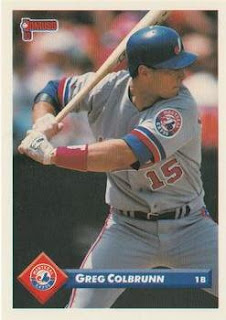 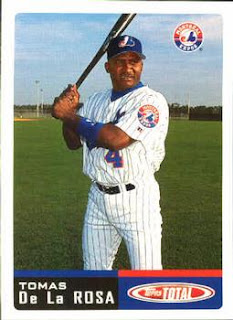 Card 332 is a 2002 Topps Total Tomas de la Rosa.
I liked the concept of the original Topps Total. Wasn't a fan of the execution of the current set 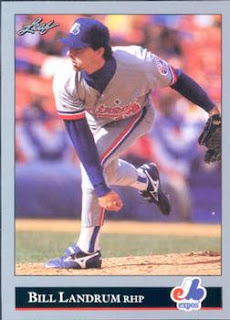 Card 333 is a 1992 Leaf Bill Landrum
Another in the "He played here?" files.
I associate Landrum with the Pirates
But he played 18 games for the Expos.. 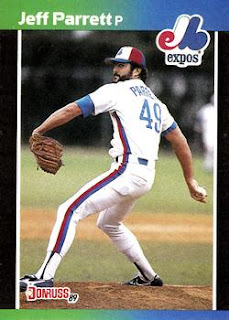 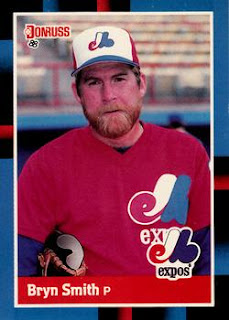 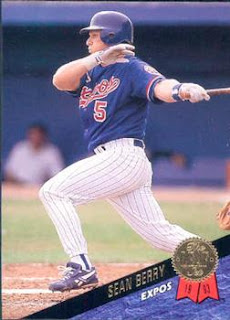 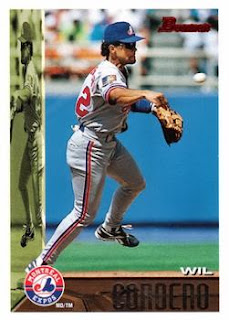 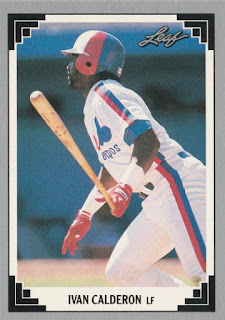 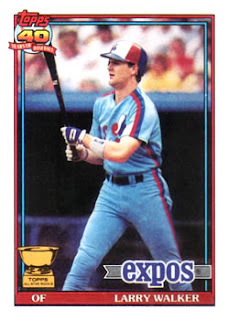 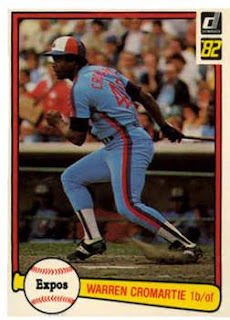 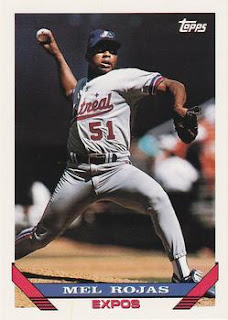 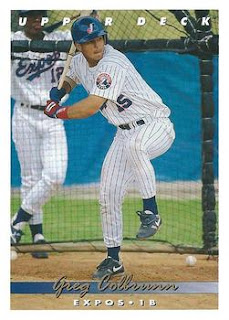 Card 342 is a 1993 Upper Deck Greg Colbrunn
I just love the photo they used here.

Unrelated, I recently purchased and received a complete 1988 minor league set of cards. Once I figure out my scanner situation, I will be showing them off for sure.. Especially the Indianapolis Indians cards and Syracuse Chiefs.