It's seeming like the consensus is keeping Trillo at 180. I may just do that.. 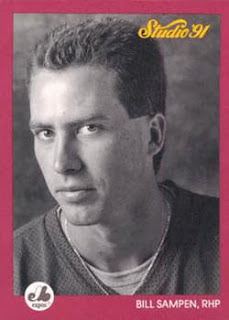 Card 199 is a 1991 Studio Bill Sampen.
I loved the first few years of Studio. The headshot, the quirky info on the back.. 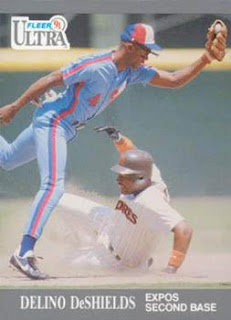 Card 200 is a 1991 Ultra Delino DeShields.
It almost looks like a steal attempt by the Padres runner and DeShields had to corral an errant throw. 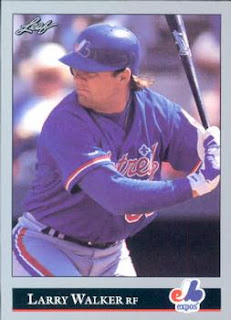 Card 201 is a 1992 Leaf Larry Walker.
I'll confess something right now:
Almost any time I can get a Canadian born player in here, I will. 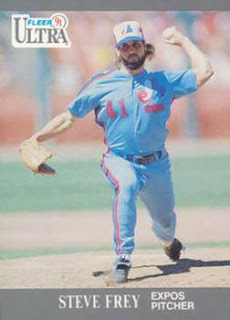 Card 202 is this 1991 Ultra Steve Frey.
Again, as I get more options, I will revisit some of these selections 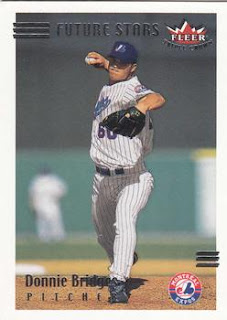 203 is this 2002 Fleer Tradition Donnie Bridges.
It seems he never made the majors, and even struggled at the Triple A Level. 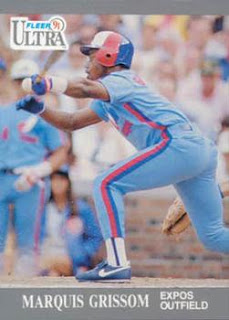 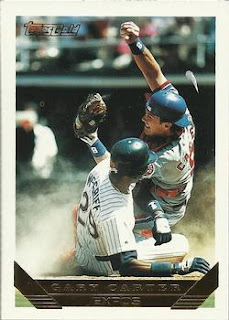 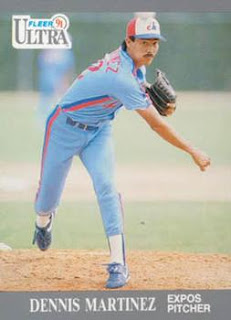 Card 206 is a 1991 Ultra Dennis Martinez.
So we have one earlier of him in a home uniform. Here's one in an away uniform. Same pose. 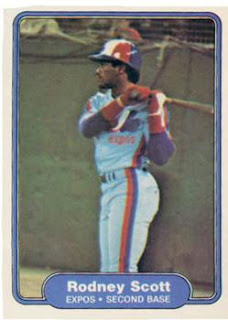 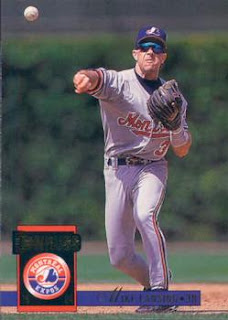 Card 208 is this 1994 Donruss Mike Lansing. I think I see blurry ivy back there. 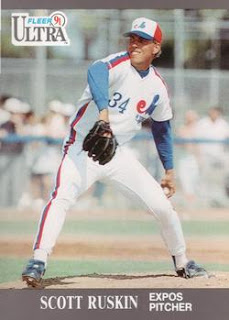 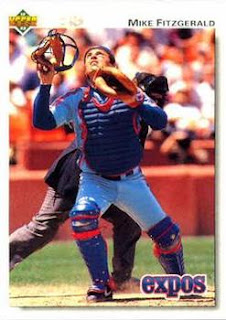 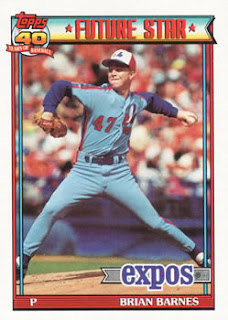 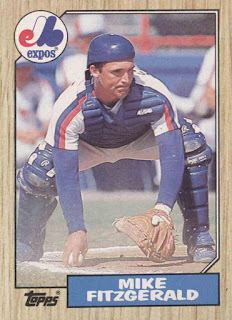 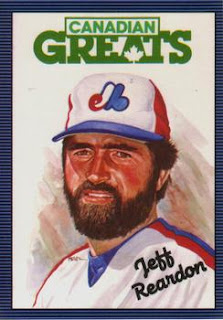 Card 214 is a 1986 Leaf Jeff Reardon
As mentioned elsewhere on this blog, Leaf/Donruss did Canadian sets with extra illustrated cards. The extra cards were these Canadian Greats and highlighted a Blue Jay and Expo that excelled. 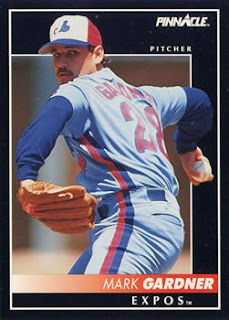 Card 215 is this 1992 Pinnacle Mark Gardner.
I think the photo pops off the black background. 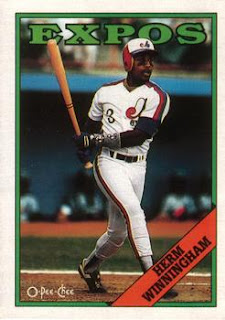