Today was a hibernation day. I had a day off work and I didn't get out of bed till after noon.
Anyway, two pages 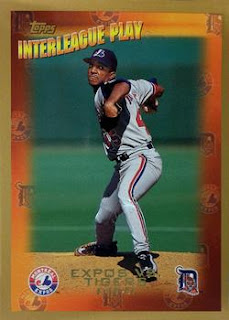 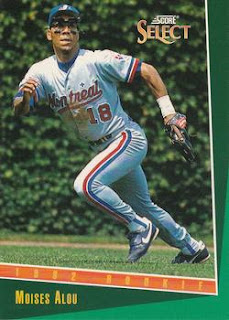 Card 272 is a 1993 Score Select Moises Alou in front of the ivy in Wrigley.
I like the timing of the photo, Alou getting ready to run to the ball. 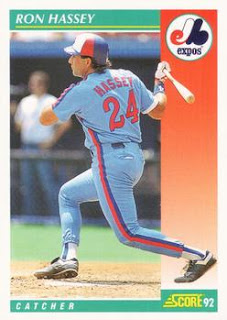 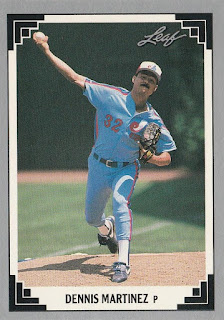 Card 274 is a 1991 Leaf Dennis Martinez
Nice to see him against a brown background rather than a blue one this time.
I want to say this looks like a bullpen shot, given the foul line behind him. 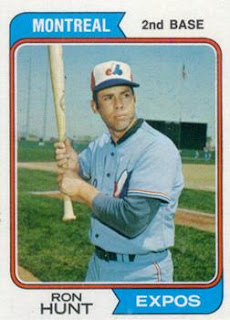 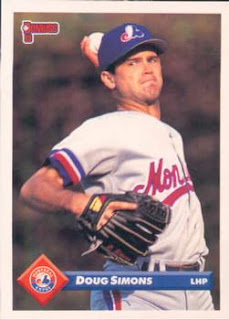 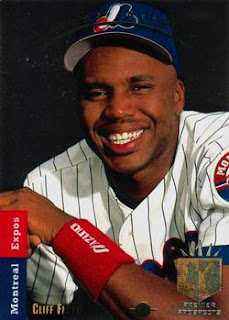 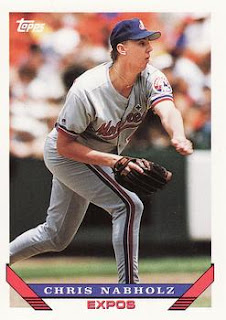 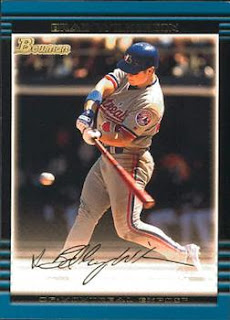 Card 279 is a 2002 Bowman Brad Wilkerson
I love the photo used here, getting ready to hit the ball. 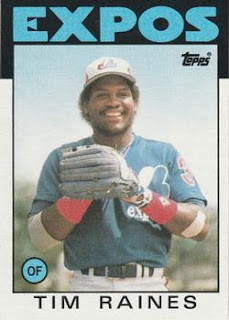 Card 280 is a 1986 Topps Tim Raines
I did have a different card selected, but I found out I needed it elsewhere. (It was a Stadium Club Larry Walker)
So this one wins out by default, really. 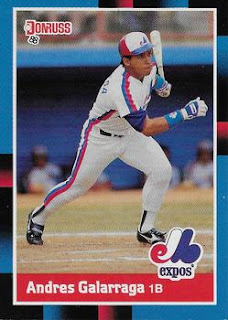 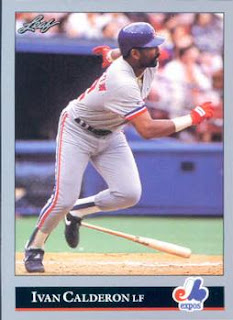 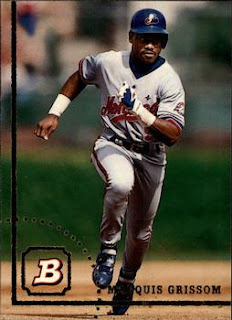 Card 284 is a 1994 Bowman Marquis Grissom
Looks like Wrigley. I wonder if he scored on this play 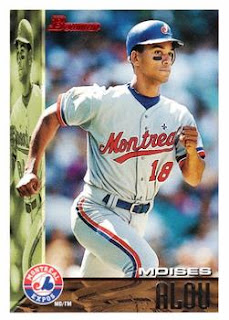 Card 285 is a 1995 Bowman Moises Alou.
It almost looks like Alou is trying to remember if he turned the stove off.. 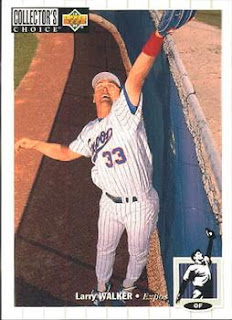 Card 286 is a 1994 Collector's Choice Larry Walker
This has to be one of my favourite all time cards. 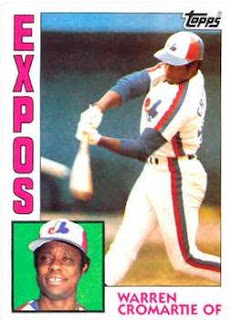 Card 287 is a 1984 Topps Warren Cromartie
That photo is a perfect timing shot. Ball is being launched off the bat. 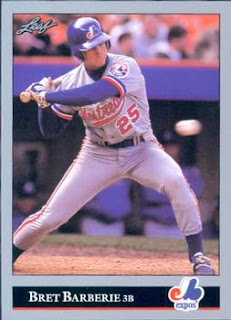