It's Tuesday. Another day gone and another two pages for the Frankenset, 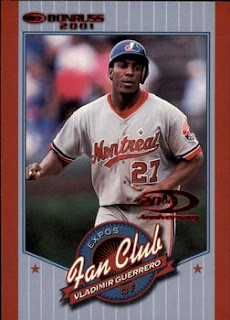 Card 219 is this 2001 Donruss Vladimir Guerrero.
Again, I actually have the Baseball's Best Gold version, but it's not scanned. 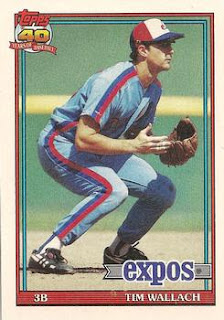 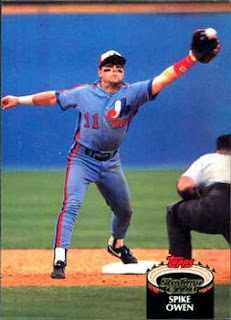 Card 221 is a 1992 Stadium Club Spike Owen.
I'd say a throw either from the catcher, or from the pitcher to start a double play.. 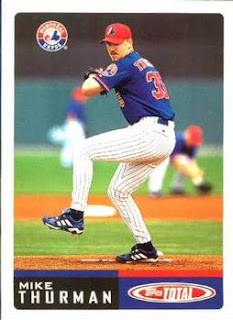 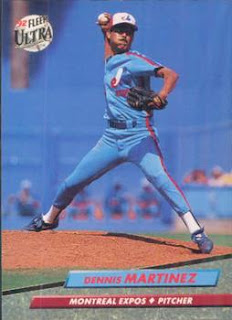 Card 223 is a 1992 Ultra Dennis Martinez.
I believe this is Dodger Stadium.
I also believe that with the blue uniform, Mr Martinez is rather camoflauged. 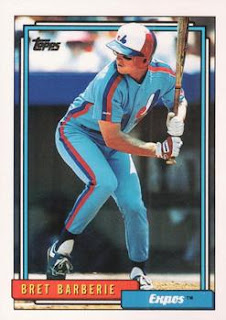 Card 224 is a 1992 Topps Bret Barberie.
I like the picture. It looks to be taken just before he uncoils his swing. 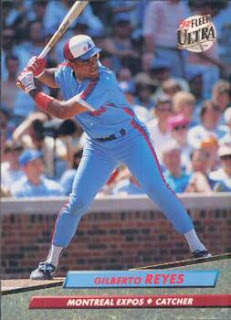 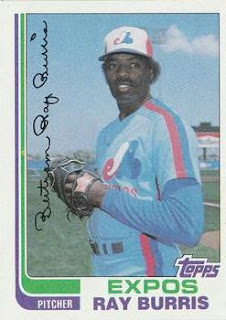 Card 227 is a 1982 Topps Ray Burris.
I'm not sure where this was taken, but you can see a Marlboro sign in the background.
When did they put the covering on the bleachers in Dodger Stadium? 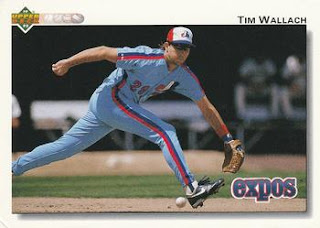 Card 228 is a 1992 Upper Deck Tim Wallach.
When I was in High School I took art class in Grade 13. We had six "major" art projects we had to do, but we had to pic different things each time. So we couldn't paint 6 paintings, etc..

One of the things I did was a clay statue of Wallach in this pose. 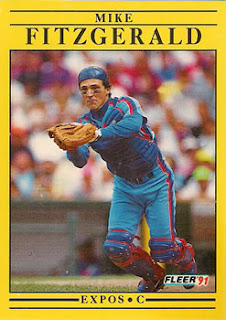 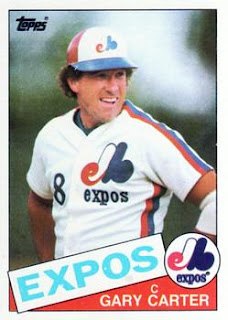 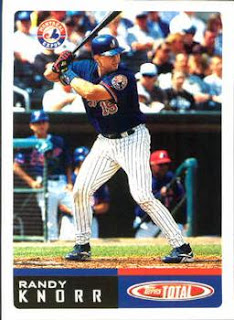 Card 231 is a 2002 Topps Total Randy Knorr
We have a member of the "Played for both Canadian Teams" club here., 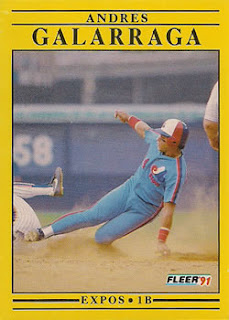 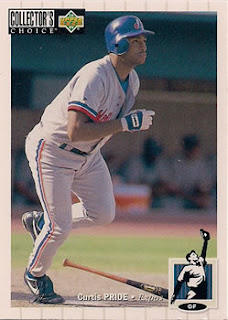 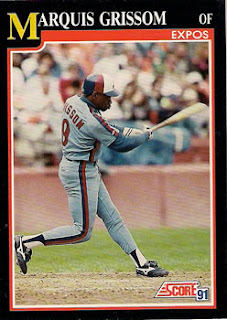 So that's those two pages done.