Another day, another two pages of the Frankenset. 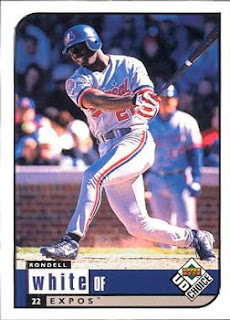 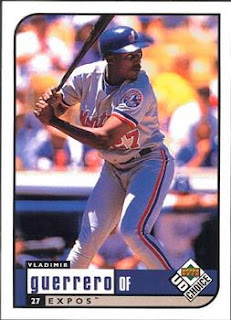 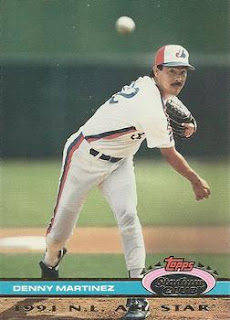 111 is this 1991 Stadium Club Dome Dennis Martinez.
I think I just like the simplicity of this card. Just Martinez throwing a ball.. 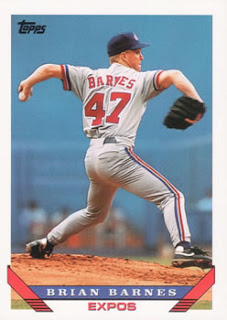 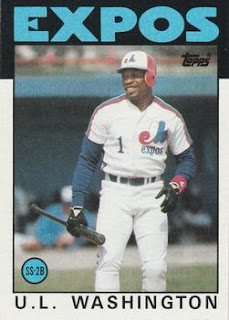 Card 113 is this 1986 Topps UL Washington.
The version I'm using is actually the Tiffany version. 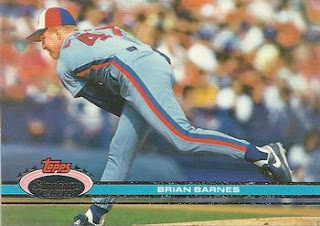 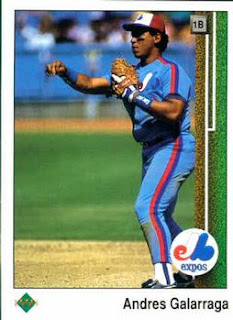 Card 115 is this 1989 Upper Deck Andres Galarraga. I'm tempted to replace it with a 2004 Topps All Time Fan Favourites Tim Raines, but I also know Raines, and especially the 1982 design, is well represented in this list so far. 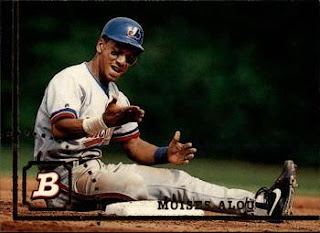 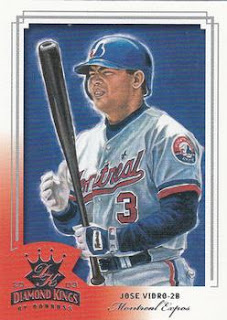 Card 117 is this 2003 Donruss Diamond Kings Jose Vidro.
I love the Diamond Kings cards.. Always have.. But I'm not a fan of what they've been doing recently with them. 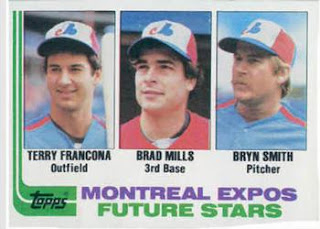 Card 118 is this 1982 Topps Expos Future Stars.
I'm not sure if I'll keep this one in here or not. If I get a better card, I'll likely switch it out. Would rather not have multi player cards if I can help it. 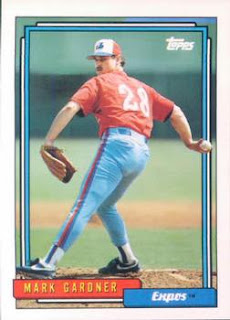 Card 119 is this 1992 Topps Mark Gardner.
Again, I like the simplicity of it. Just rearing back to fire a strike. 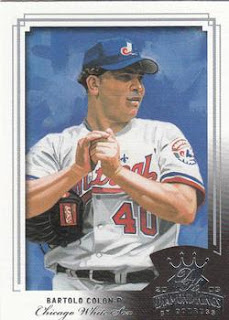 Card 120 is this 2003 Donruss Diamond Kings Bartolo Colon.
Now.. This is a bit of a cheat.. It lists him as a member of the White Sox, but he's shown in Expos colours. Plus, it's Bartolo Colon.. 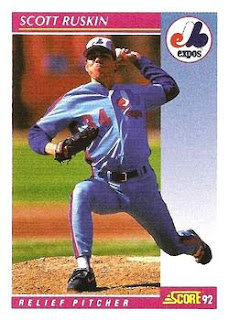 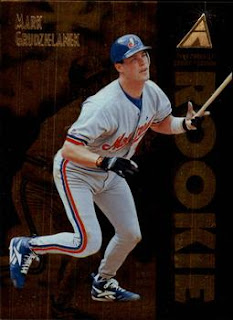 Card 122 is this 1995 Pinnacle Zenith Edition Mark Grudzielanek
It looks a lot better in hand than in the scan. 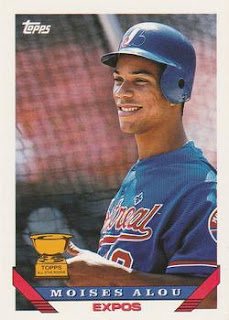 Card 123 is this 1992 Topps Moises Alou.
The version in the set is actually the gold parallel. 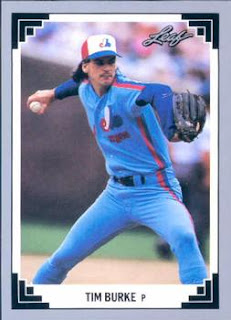 Card 124 is this 1991 Leaf Tim Burke.
Is it odd that I remember Burke more for his two half seasons with the Mets more than his time with the Expos? 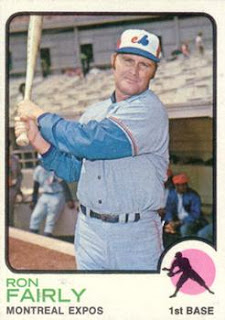