This morning was a rather bad morning.. I fell in the shower and hurt my neck and shoulders. Headache and upset stomach while driving so it'll be interesting to see how I am tomorrow.. 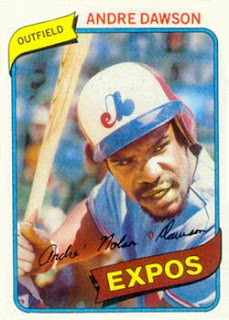 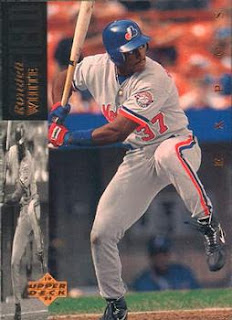 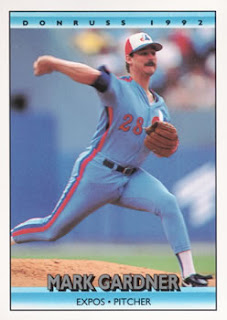 Card 238 is a 1992 Donruss Mark Gardner.
Again, the angle of the photo makes it look like he's camoflauged. 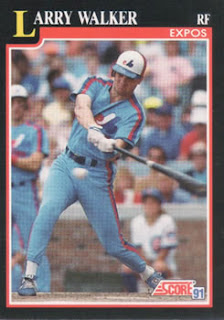 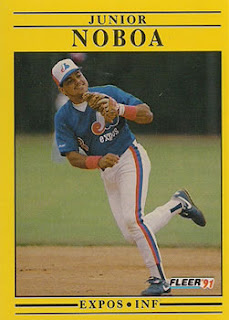 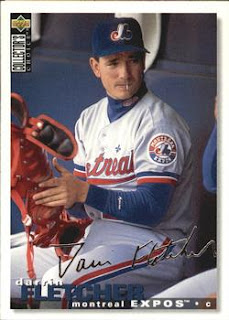 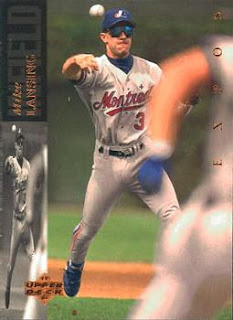 Card 244 is a 1994 Upper Deck Mike Lansing
I want to say this looks like Wrigley. 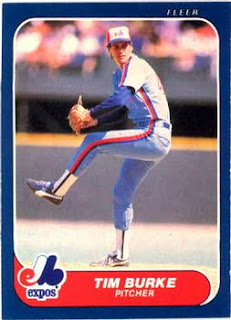 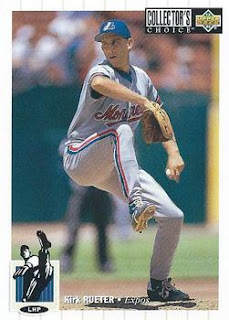 Card 246 is a 1994 Collector's Choice Kirk Reuter
I find it fascinating how some pitchers can generate velocity while looking in pictures as being off balance or awkward.
Obviously, he's balanced.
As a former pitcher myself, I've used a few different windups. 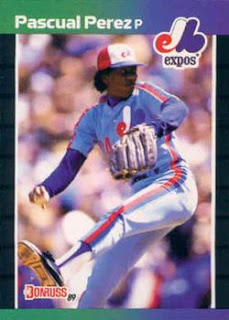 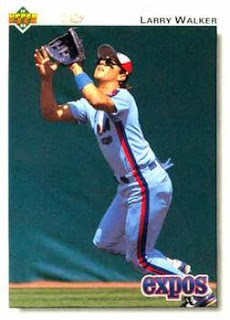 Card 249 is a 1992 Upper Deck Larry Walker
I love the photo they chose here. Getting ready to catch the ball and it looks like he's prepping to throw into the infield. 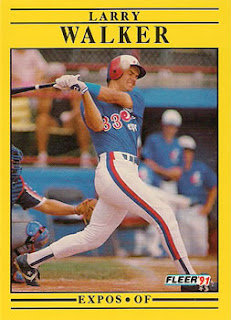 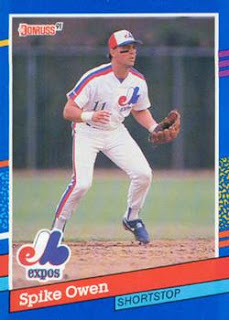 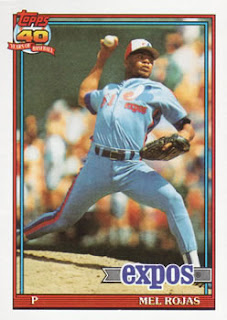