I wanted to cover some more of the wonderful box of stuff I got from the Team Collectors group.

Yestedray had some interesting cards and a bunch of 1978s. 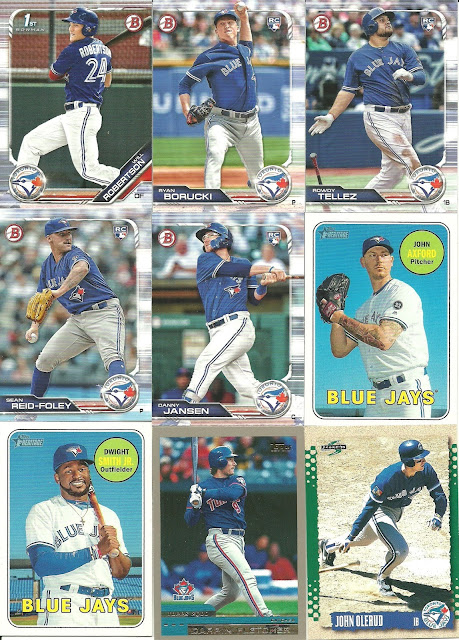 First up is a few Bowmans. I'll admit the first thing I thought when I saw Will Robertson was
"Danger Will Robinson!" Yeah......
John Axford. I think there were something like four copies in here, so if I didn't have before, I have now! More than enough for my collections.
Dwight Smith Jr. I just put this one up for the look on his face. He's now an Oriole.
Darrin Fletcher. I love the photo of his follow through.
Speaking of follow throughs, Another Olerud. 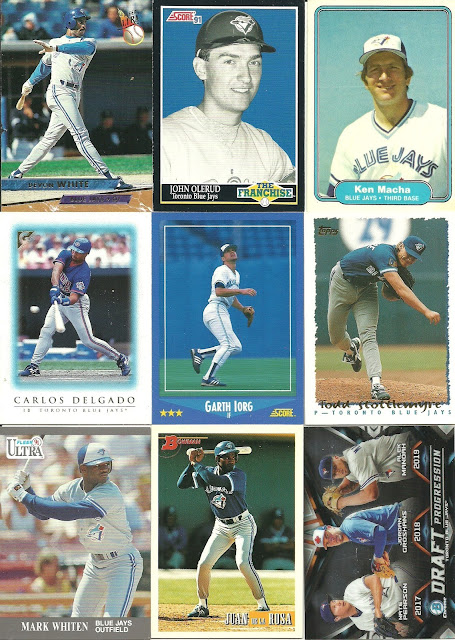 I loved those The Franchise cards from 1991 Score.
Garth Iorg retired before I really got interested in the team, but he's an interesting player to get cards of.
Juan de la Rosa, one of those guys who never really amounted to anything.. Back when the Jays used their farm to trade for pieces to win. 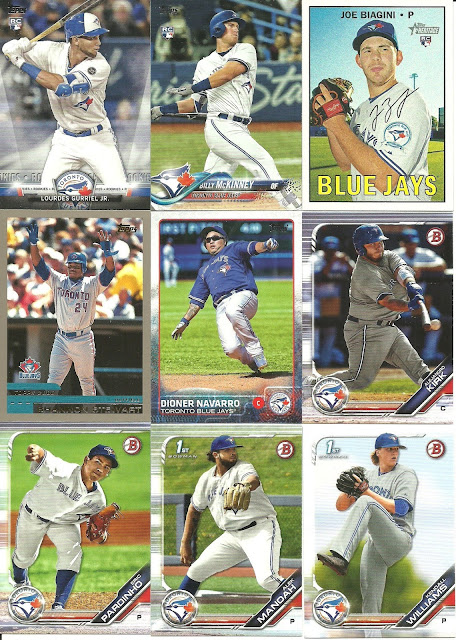 Joe Biagini was an odd duck. They did a series of "Deep Thoughts" sketches with him while he was a Jay.
Some more Bowmans here as well.
The Navarro is here because I like the photo. I'm not sure if I actually need the card or not, but it's a cool one. 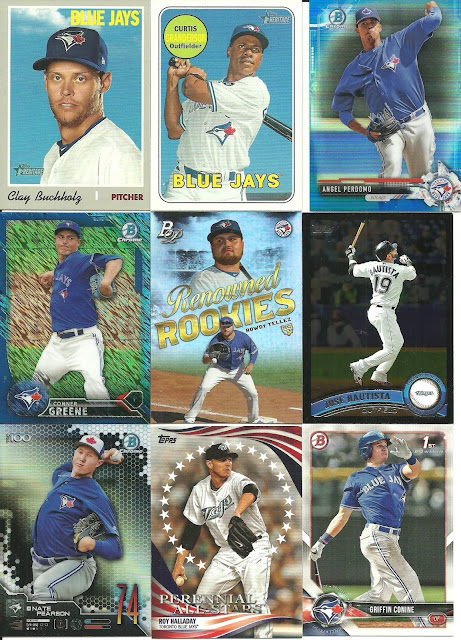 Is it me, or does Buchholz look under the influence?
That Conner Greene is an interesting card. I like the black parallels that the Bautista is from. The player really pops in the photo.
Griffin Conine, one of the more forgotten second generation players the Jays have in their system. 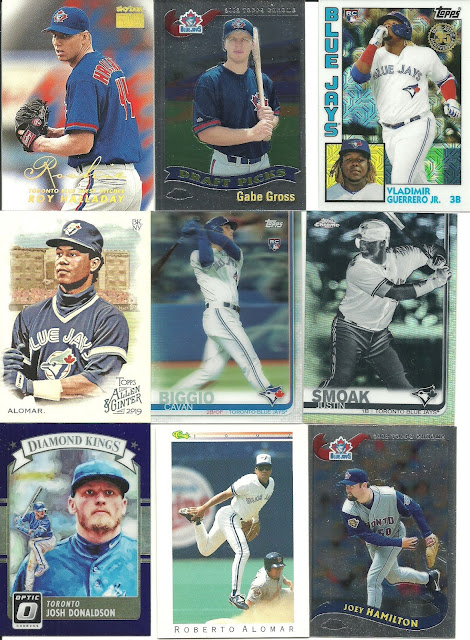 We have some shinies here.. Gabe Gross, Joey Hamilton, Josh Donaldson, and Justin Smoak all in the Chrome.. Though the reverse image for Smoak is interesting.
I like the Alomar photo on that Classic card. 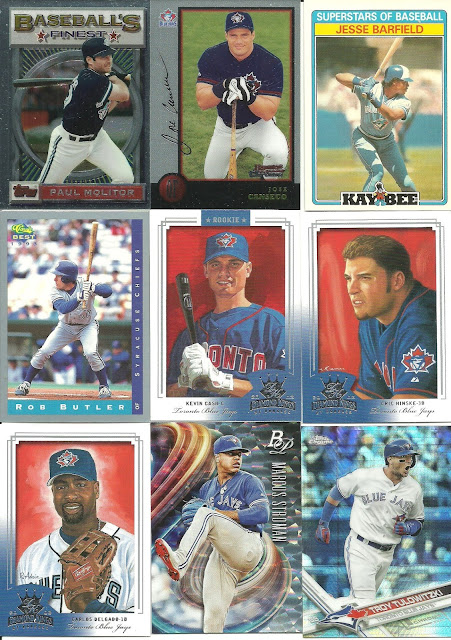 Molitor played for the Jays for a couple seasons, but it's still weird seeing him in a Jays uniform. Even if it is the one that got him a ring.
Speaking of odd in a Jays uni, Jose Canseco.
Rob Butler is from Toronto area.
The Tulo is one of those prismatic cards.. 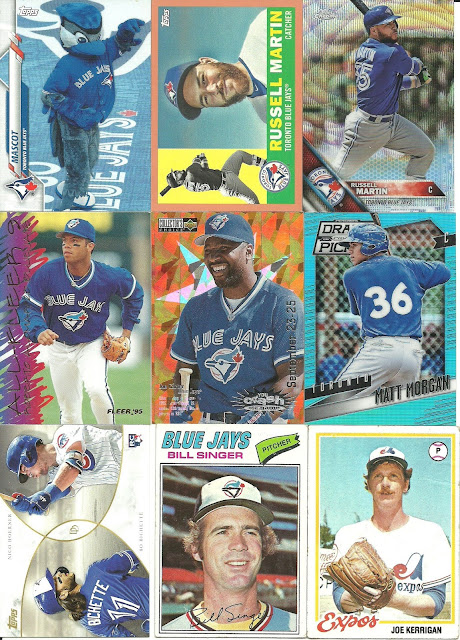 A couple Martins with some wizardry as well.
At one point, the Jays had a Matt Morgan. .Just not the Matt Morgan who didn't do much in WWE or Impact Wrestling.
The Singer Throwing Machine was pretty well used up when he was in Toronto. He started the first ever game and didn't make the year..
Now a little rant..
I love the fact Topps puts mascot cards in their sets. I hate when they don't use the name of the mascot.
It's like "Hey! Let's watch MASCOT do their MASCOT thing and entertain us in this lull of the game! Oh look, Tommy Lasorda is chasing MASCOT! He wants MASCOT tossed from the Game!!"
Of course the second two incidents I'm referring to are the Phanatic and Youppi. But if you didn't know those incidents, would you understand what I was talking about?
Why can't Topps put, in this case, Ace, on the card?
Anyway, rant over.. Thanks again, Team Collectors!!