As before, click on the photo to go to their inductee page (opens in a new window) 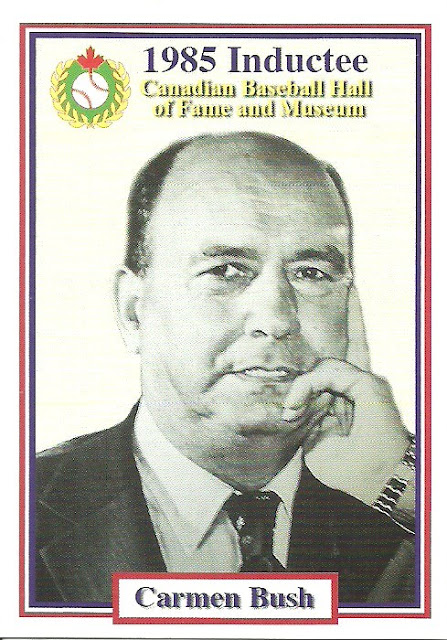 He was a guy who did a lot for youth baseball in Toronto. He was the first Canadian to throw a no-hitter. The back of his card mentions the only, but it was produced before Paxton did his magic in Toronto. 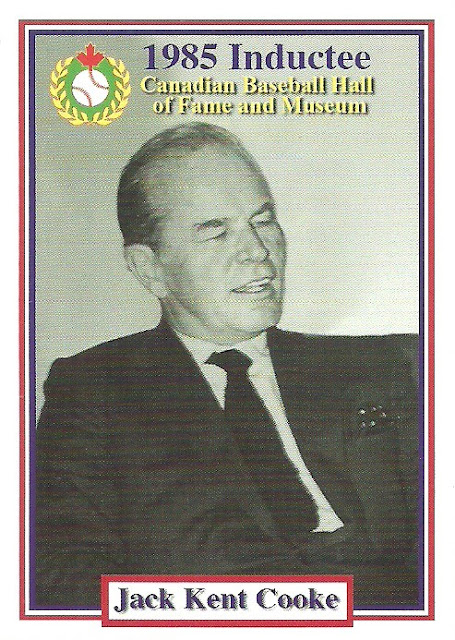 Another builder, but this time owner of the IL Maple Leafs. He also ended up owning the Washington We're-Using-a-Footy-Naming-Style-For-Ourselves-This-Year of the NFL, the LA Kings, and LA Lakers. 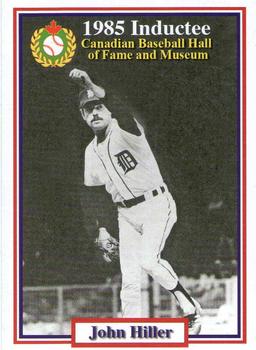 My friend's father grew up with Hiller in Toronto. Went to school with him. 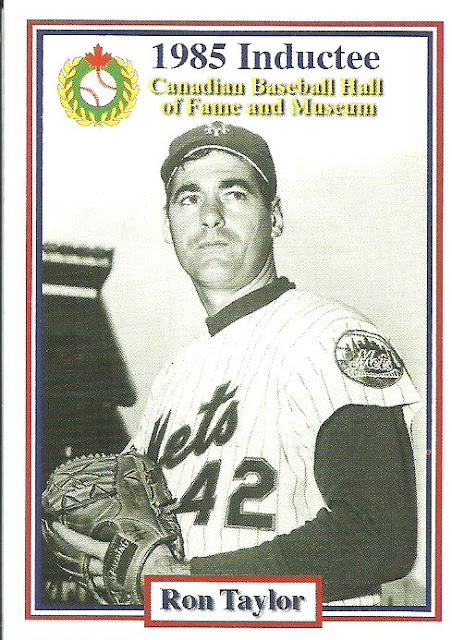 Finally, Dr. Ron Taylor. Of course, I know him more as being the team doctor for the Jays when they were good in the late 80s and early 90s. Before that he was a pitcher.