I recently became a member of the Canadian Baseball Hall of Fame. Buying an elite membership gets a bunch of perks like a $10 book, cards of the inductees, a shirt, among other things..

Well, since I was a first time member, I received the full set thus far. when you renew, you receive the current year inductees.

The first class of inductees was in 1983. There were six inductees that year.

Induction isn't limited to Canadian born citizens. It also allows those who have a significant contribution to baseball in Canada. 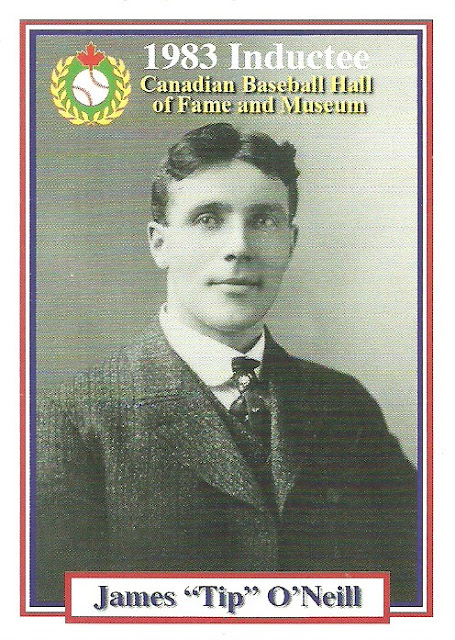 First card is Tip O'Neill.
I will be linking the writeups at the Canadian Baseball Hall because they really put it better than I could ever hope to..
Tip has an award named after him for the best Canadian.
Tip was also the inspiration for the nickname of former Speaker of the House Thomas O'Neill Jr. 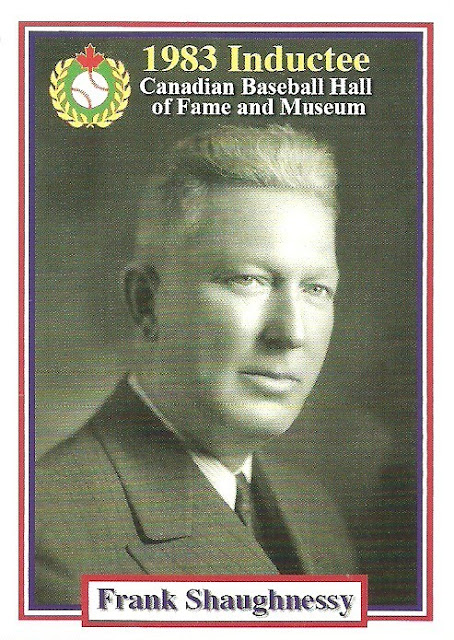 Frank Shaughnessy
It seems he touched more than just baseball in Canada. After his baseball playing days he moved to Montreal and coached the McGill football team. 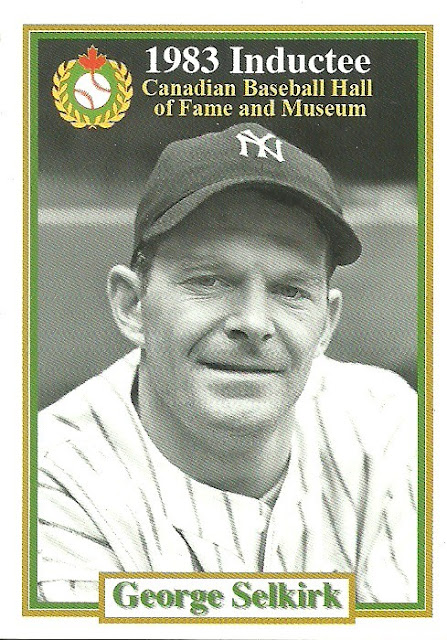 George Selkirk
A rather interesting thing about him. He roomed with Babe Ruth while on the Yankees. Once Babe left, he took over right field and the number 3.
He was part of 5 World Series winners. 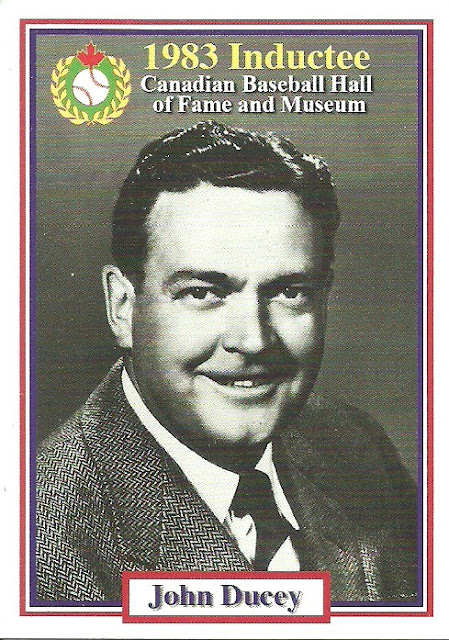 John Ducey
I think I find it more interesting to find out more about the people who built baseball in Canada and the pioneering players (really anyone who played before the 60s-70s)
Don't get me wrong, I'm loving the number of Canadians we see now. I'm just interested in the extra these people would have had to go through. 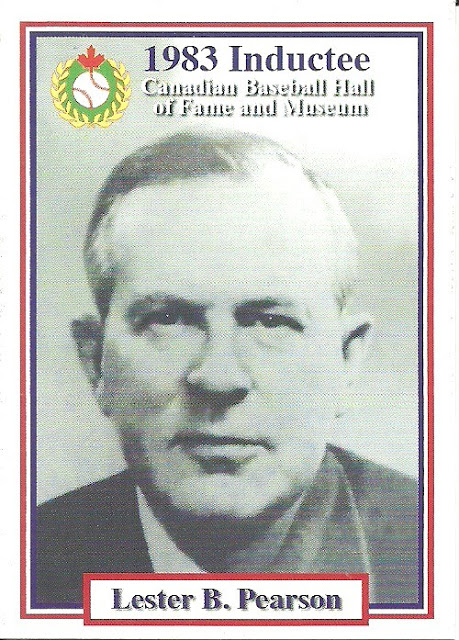 Lester B Pearson
We even have a former Prime Minister and Nobel Peace Prize winner in this set.
Of course, he was a big baseball fan and was an honourary Expos board member.
He also had the Pearson Cup which was awarded to the winner of games between the Jays and Expos. 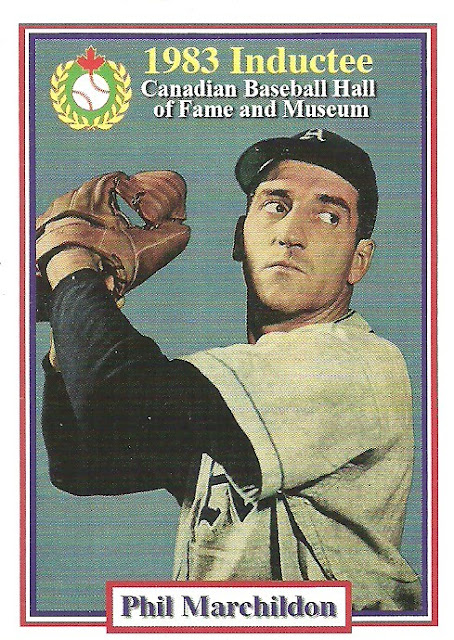 I think the most famous story about Phil is his return to the mound after being a Prisoner of War in Germany.

There is a plaque at a Phil Marchildon Park in Penetanguishene detailing his story.

For the next few days I'll be doing this style of post, as I scan and enter cards for the Trading Card Database.

I want to cover the cards year by year.