Surprise from the Night Owl

I came home after work today and to my surprise, there was a package from Greg at Night Owl Cards.

I had made mention that I liked the 1992 Donruss cards in my last post about them. He also sent a note stating
"I regret I didn't have more gross '92 Donruss to send!" 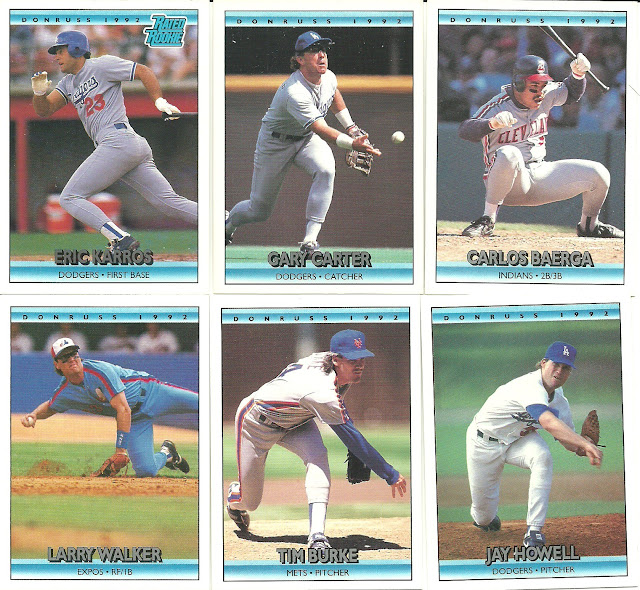 I will get the pain out of the way first lol. Unfortunately none of these were needs, but I won't complain about it.. lol 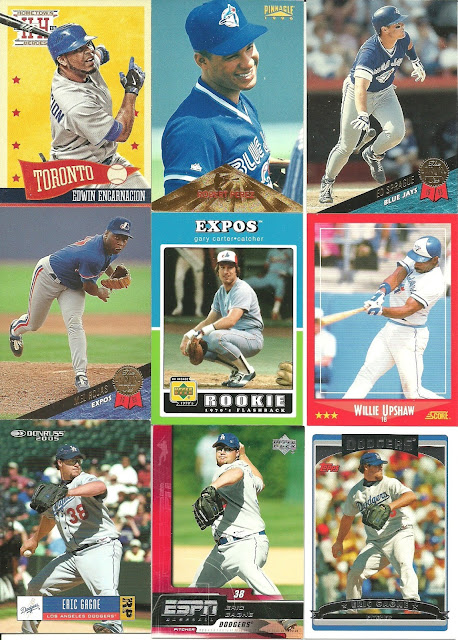 Also enclosed were a bunch of Jays and Expos as well as Eric Gagne and Russell Martin cards.
AT one point, Greg made mention about wanting to cut down some of his collection, so I made mention that I'd take any Gagne/Martin since they're Canadians.

I love that Gary Carter card in the middle. 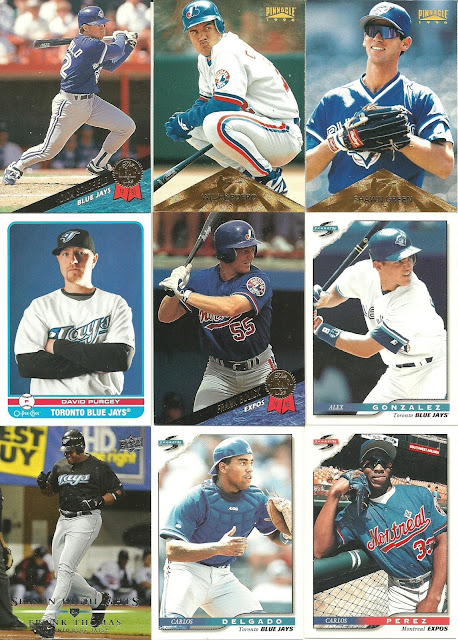 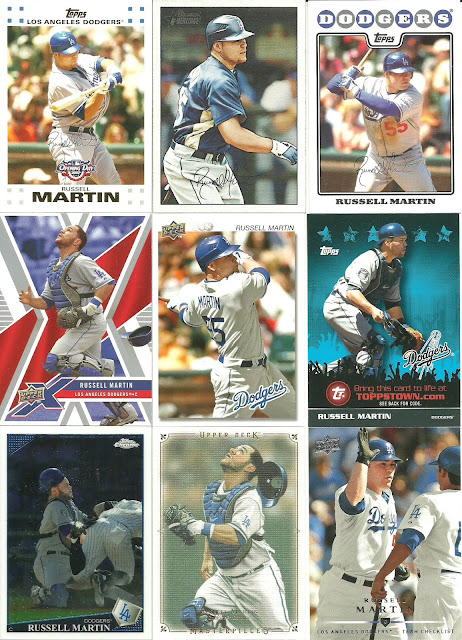 Russell Martin cards here including an Upper Deck Masterpieces card. The middle Martin is definitely a trip back to 1991-1992 with that design. 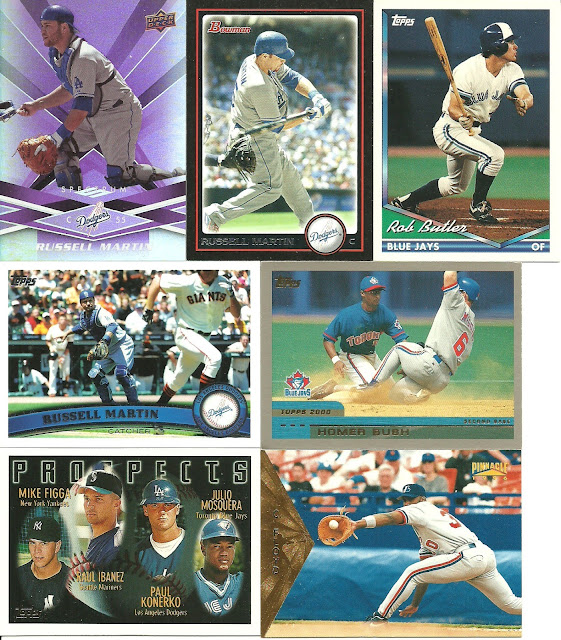 The Rob Butler one is going into my Jays binder but I'm still looking for another one for the Canadians binder.
Hey a Paul Konerko/Raul Ibanez rookie card. Oh yeah, and the reason I have it: Julio Mosquera.
Just taking another look at that Homer Bush I think that was taken during a Jays/Expos game.

Thanks again for the cards Greg! Much Appreciated!