I recently acquired a few boxes of cards from a local collector looking to offload some of it. Part of me wants to do something like what CrazieJoe has been doing on his blog, but, I wanted to be a little more original than to copy another's idea.

So instead I want to highlight some weird and wonderful things out of it as I come across them.. Maybe even some completed sets as they complete.. Who knows?

Anyway, today I'm going to cover the Collect-a-Books baseball set.. There were three "sets" produced in 1990 with 12 players in each. The players were a mix of 1990s players and Hall of Famers. 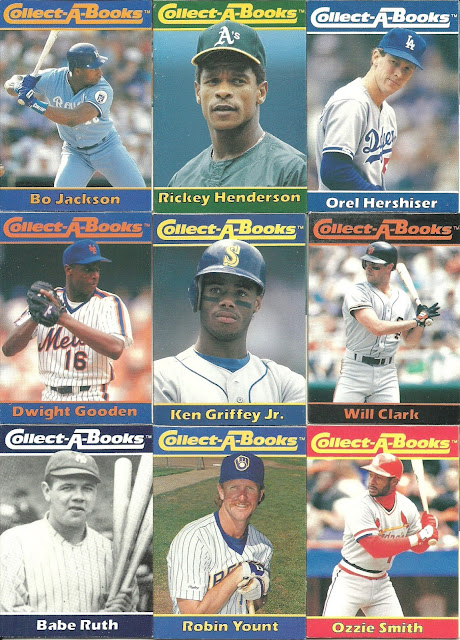 All of these players were featured in Box 1. There is some pretty decent star power there with Griffey, Henderson, Smith, Ruth, Gooden, etc. 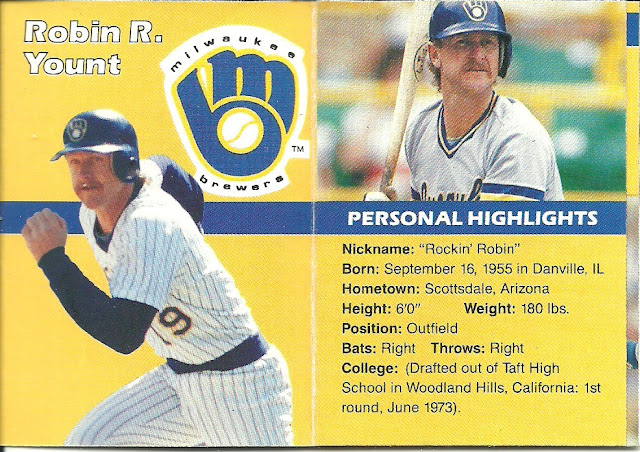 This is the inside of the Robin Yount one. For each it has their information and position, etc. 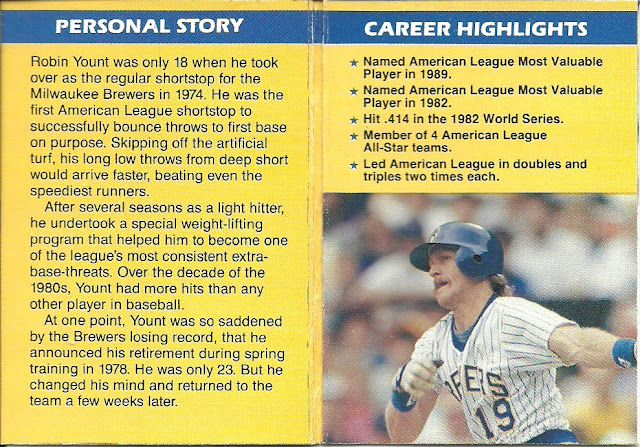 The middle has their story and accomplishments 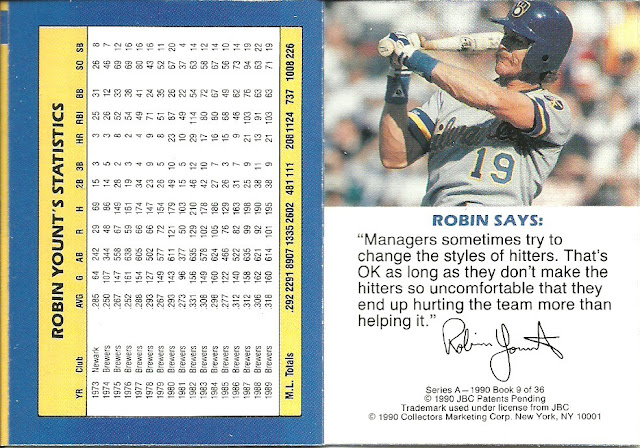 The last two pages inside have their stats until 1989 and a quote from the player. 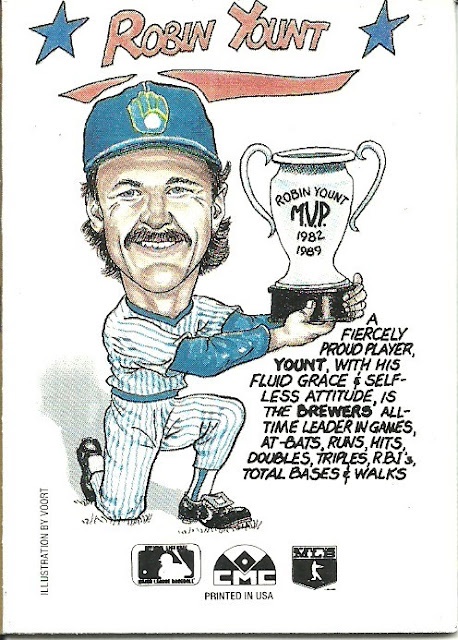 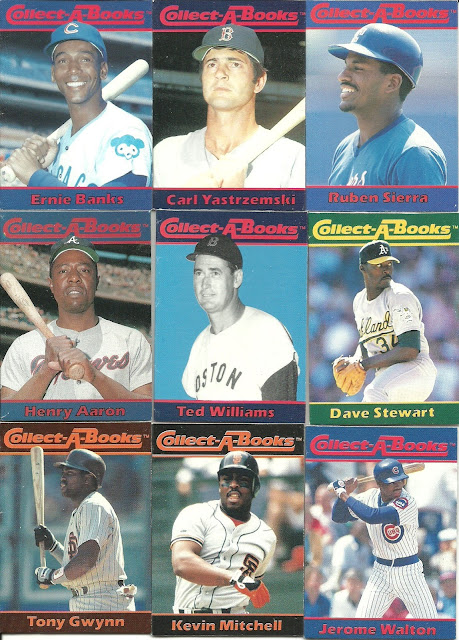 Banks, Yaz and Sierra were the other three from the first box. 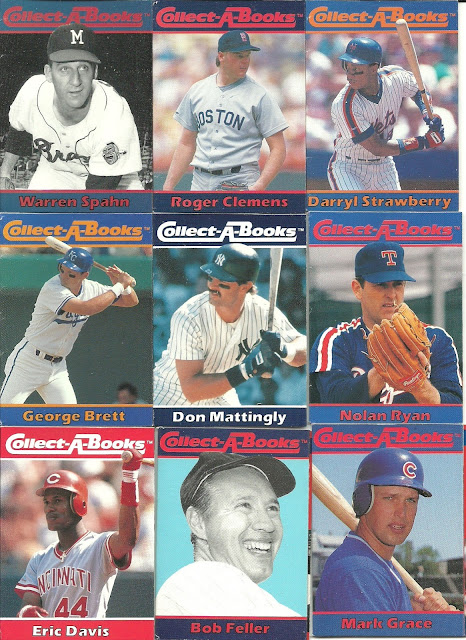 Box Three has Davis, Feller, Grace and the ones pictured below. 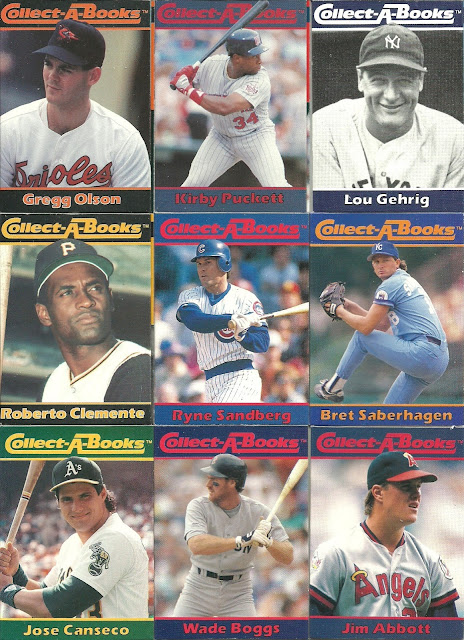 Quite the little oddball set. I ended up getting two of each box, and a set of the Football ones.