I decided to try out the Loot Locker thing after reading about it in another blog a while back.

I received it in the mail today. Let's take a look, shall we?

I received four packs of cards in the box, plus some top loaders and penny sleeves. 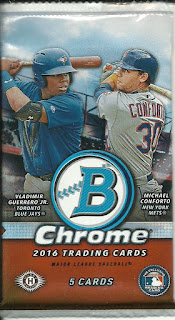 The first pack is Bowman Chrome. 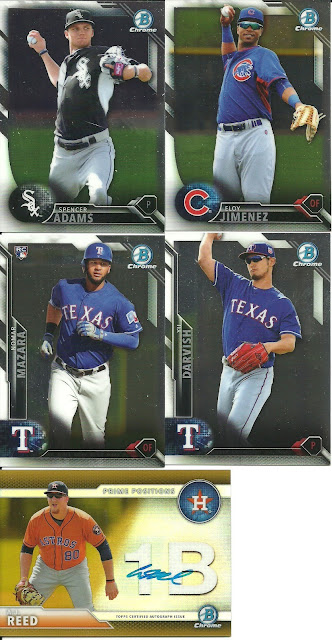 We have a a couple Rangers here with Darvish and Mazara. Really it's a Chicago and Texas heavy pack here.

The A.J. Reed autograph was a nice surprise, though it's not someone I collect. Really, nobody here I collect so... 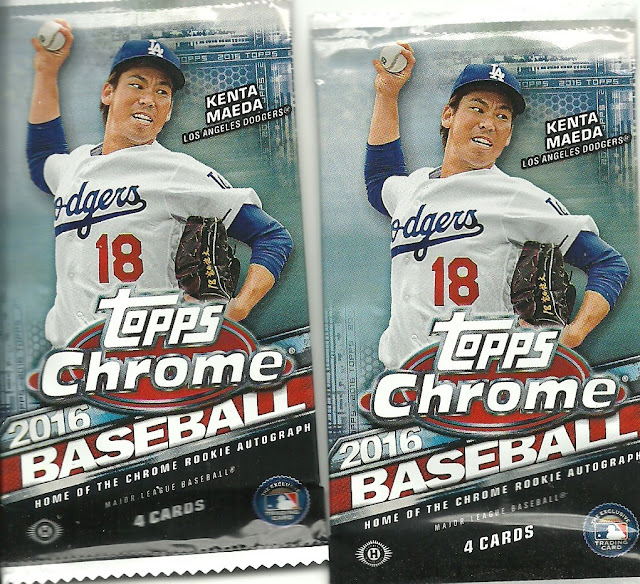 Two packs of Topps Chrome.. (Much shiny apparently in this box.. ) 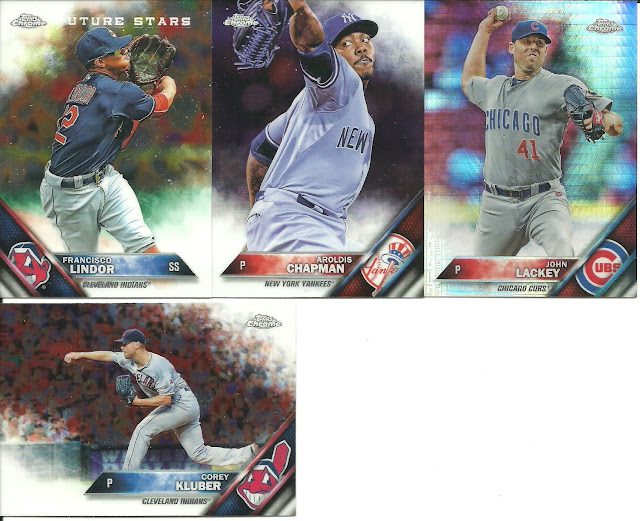 All World Series participants.. What are the odds of that?
The Lackey card is also a refractor 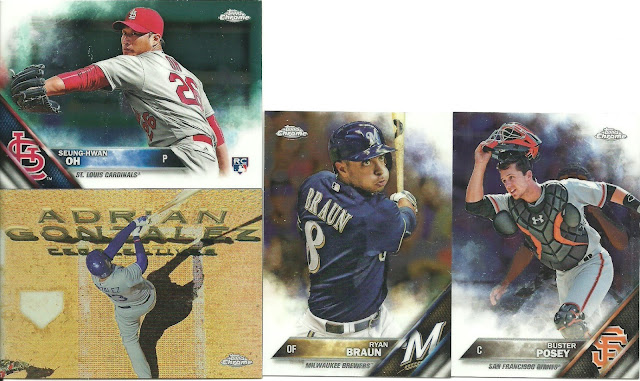 The Patented Ryan Braun pose rears its shiny head here.
The Adrian Gonzalez perspectives card is rather odd.. The dirt is textured as tiny boxes, but only in front of the plate and the batters box.. 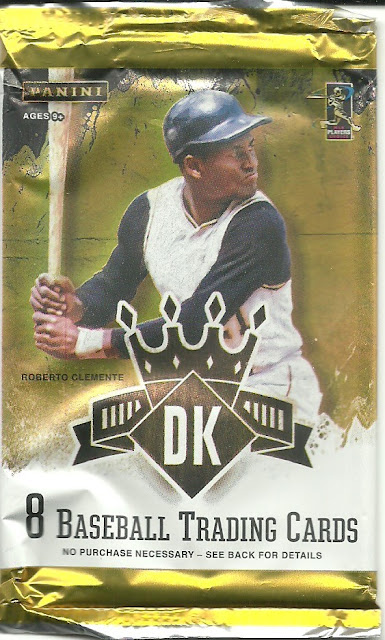 Non-Shiny! Also, Non-Licensed..
I think these may be my favourite cards though. 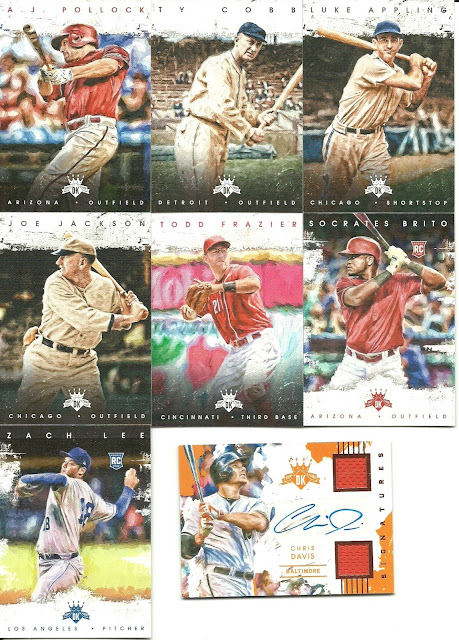 A nice mix of old and new here with Ty Cobb and Shoeless Joe Jackson and a couple rookies making an appearance.

I did notice one interesting thing on the Jackson card though.. In the fine print, it says:
"Shoeless Joe Jackson is a trademark of the American Heart Association and the American Cancer Society"
I'm intrigued..

That Chris Davis is not too bad of a card though again, not a player (Or Team) I collect. It is available as well.

Overall, I think I'd order it again, though it wouldn't be a regular thing for me, if only because $20 plus $10 shipping plus exchange made this purchase close to $40 Canadian.