Stuff in the Mail

Not long ago I received an e-mail stating that someone had a bunch of Expos and Jays cards they wanted to get rid of. I naturally said I'd take them because even if there are duplicates, I can find another collector who will take some..

After sorting through the cards, I have a few that are new to me, a few duplicates, and a few I already have earmarked for another collector. 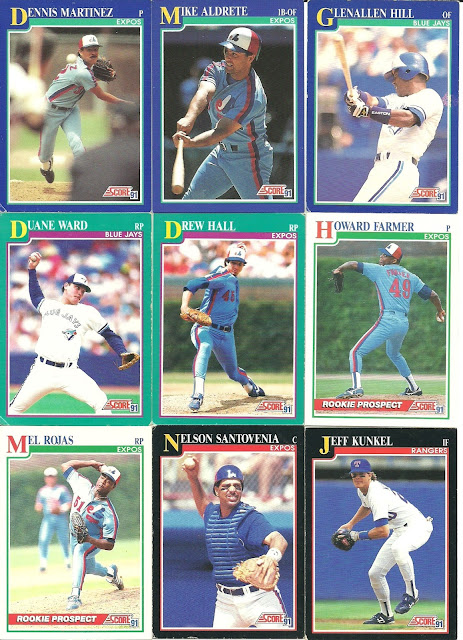 Some 1991 Score I didn't have. I've been going back and forth on this set for so long that I don't know if I'll ever make a decision. Oddly enough the Jeff Kunkel, while a Ranger, is still a card I needed if I want to complete the set..

From the looks of it, the Farmer, Hall, and Rojas cards were all taken at Wrigley. 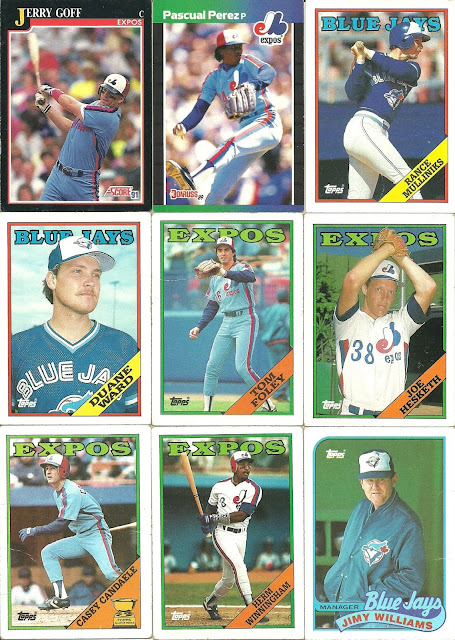 There are a couple duplicates I ended up scanning here, as I have multiples of Candaele and Foley. The others I wanted two of as I am trying to complete the sets as well as have the cards for the team binders. 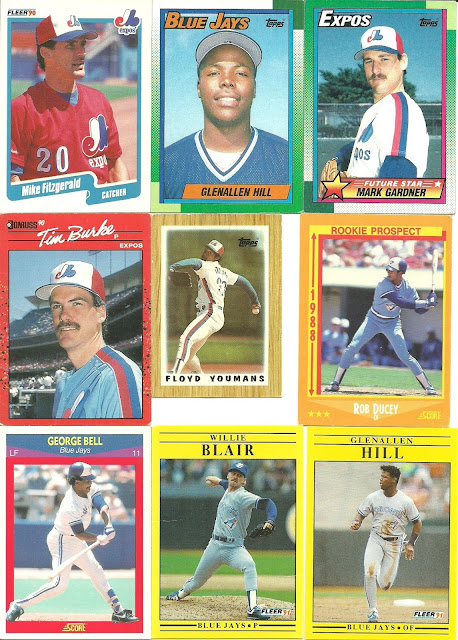 The Youmans card in the middle has tape on the top of it. As long as I don't try to remove it I'm fine with it.. I was forewarned that some of the cards may not be in the best of shape.
A few completely new to me cards here with the Bell and Youmans. The Ducey is going into my Canadian Binder. I already have one for the Jays Binder. 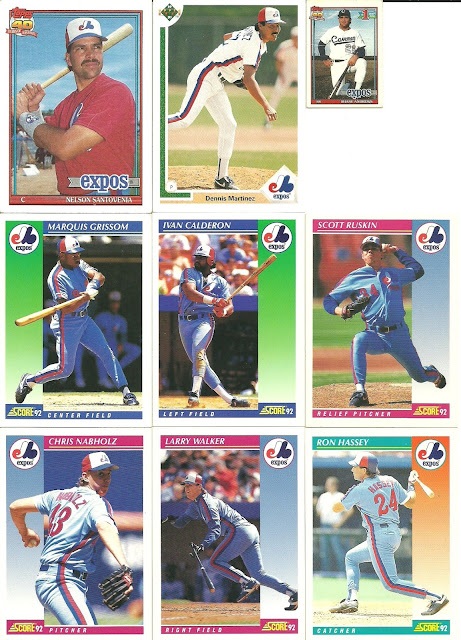 A Topps 1991 and a Topps Micro that is actually a Cracker Jack release.
I like the 1992 Score cards. I always found them interesting. 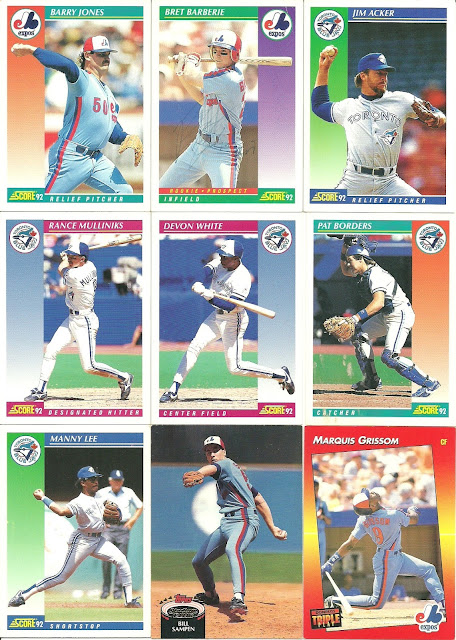 More 1992 Score plus a Triple Play and a Stadium Club Expo. 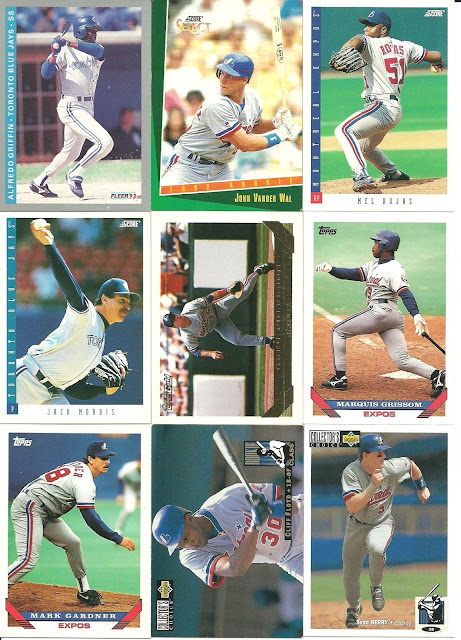 Alfredo Griffin in his Jays return. I like the Gold Colbrunn in the middle.
Cliff Floyd and Sean Berry make appearances as well. 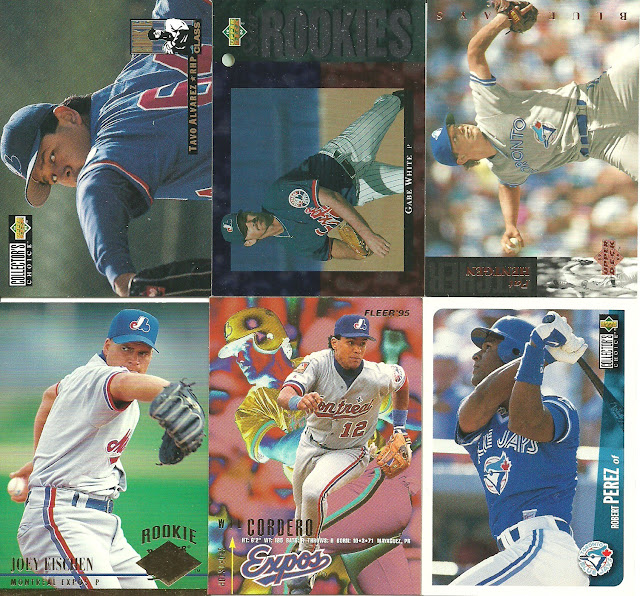 I hadn't had an Ultra card from 94 until now. Tavo Alvarez and Gabe White make appearances in their rookie or early years.
Wil Cordero in the Acid Trip set and Robert Perez in a less psychedelic set.

Thank you Peter at Baseball Every Night !