From 1990-1992 Score had a subset within the base set called Dream Team, where a player from each position was highlighted.

I want to go over the players chosen based on the cards I have. 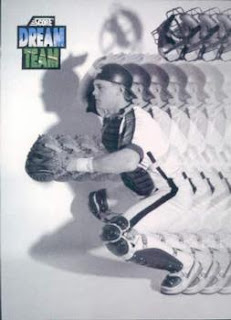 The catcher position for the two years I have are Benito Santiago and Craig Biggio. The Biggio is interesting in a way due to the motion effect. 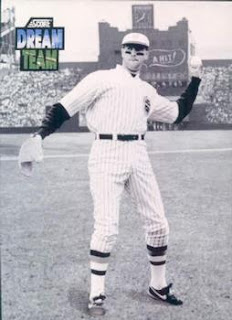 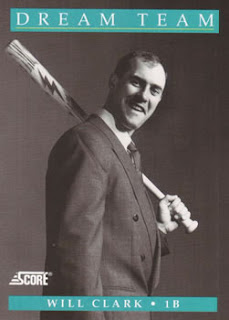 They picked Will Clark for 1st Base both years. I really like the 1992 card with the Polo Grounds backdrop and throwback uniform.
I just noticed the lightning bolt on the bat in the 1991 photo. 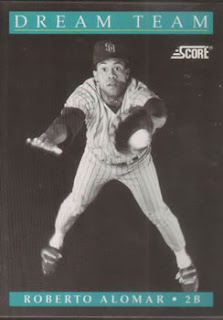 I don't have the 1992 2nd base one so we see Roberto Alomar in one of the few that have them in a uniform. 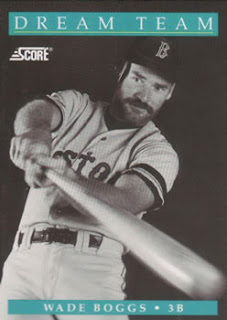 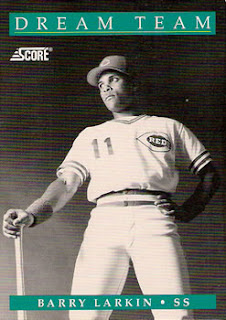 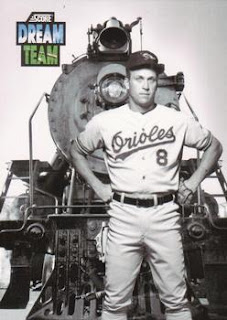 Barry Larkin in 1991, Cal Ripken in 1992. The train in the background of the Ripken photo is interesting. 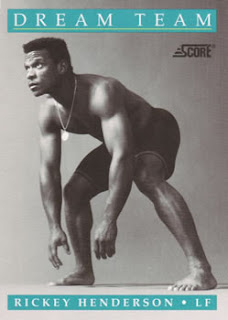 Rickey Henderson in his shorts, though for years I thought it was just his underwear... 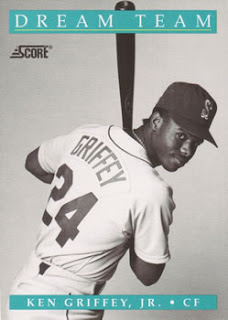 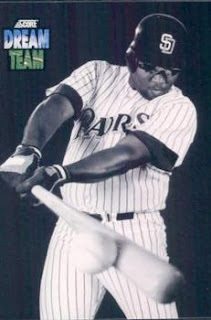 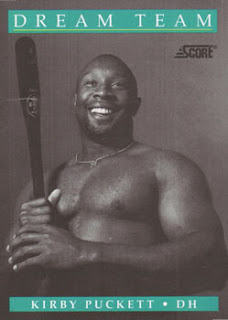 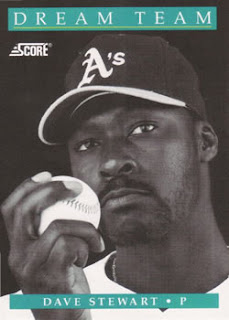 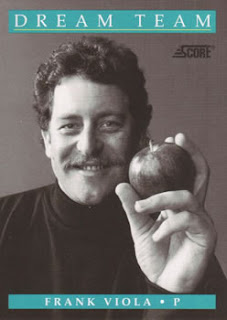 Two starters are featured.. Dave Stewart and Frank Viola make the cut from the 1991 set. 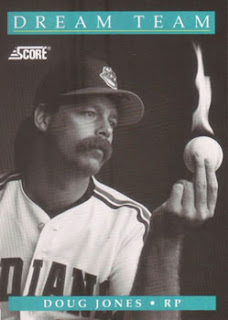 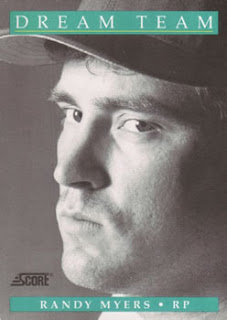 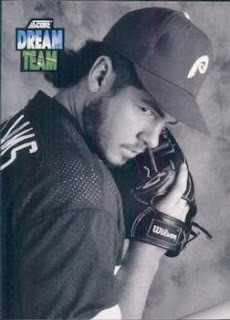 The relief pitcher spot is held down nicely by Randy Myers and Mitch Williams.
The Doug Jones is rather funny to me since he was never really a fireballer. I remember the running joke being he could barely break a pane of glass with his pitches.

I have to admit I find a lot of interesting cards in the early 1990s Score sets.. I may have a couple more posts from them yet..