A Trade from down the Highway and More

Another week has passed and I wanted to take a look at a trade I made with Fellow Blogger/Canadian/Jays Fan CrazieJoe plus a quick little look around from the highest point in Peterborough. 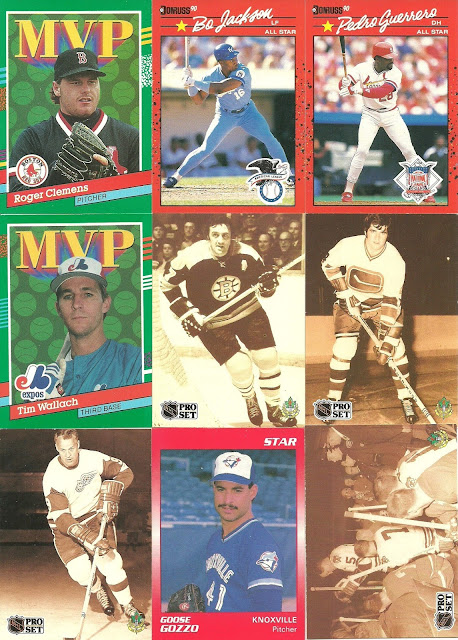 Some 1990 Donruss and 1991 Donruss set needs here plus Goose Gozzo minor league card.
The Pro Set Hockey were also a want for me as I enjoy the history-based cards that were in this set. 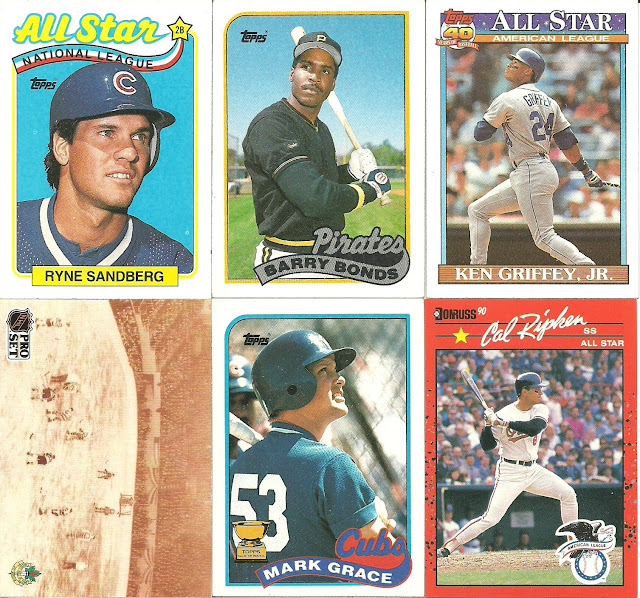 1989 Topps Needs and more.
Although I can be obsessive about some things, one thing I won't do is chase all the minute variations from the 1990 Donruss set. I don't really care about line placement, etc.. 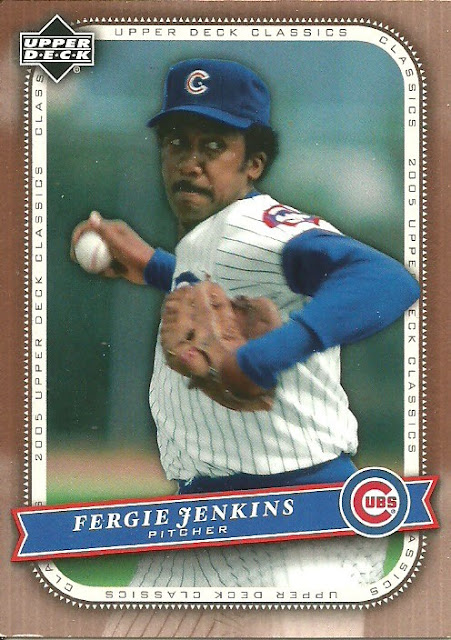 The Upper Deck classic set looks like it's a nice one based on what he's shown from his "Santa Lot" as he gets them. This came up one day as a duplicate and I knew I needed it.. I think if any of my collections are going to drive me insane it'll be trying to get the Canadians.. Or the Stadiums...

Now, in previous posts I've shown a few photos of areas I have driven for charters. Normally I'll throw Scott Ruskin in there to make it card related. I did not do that today though.. 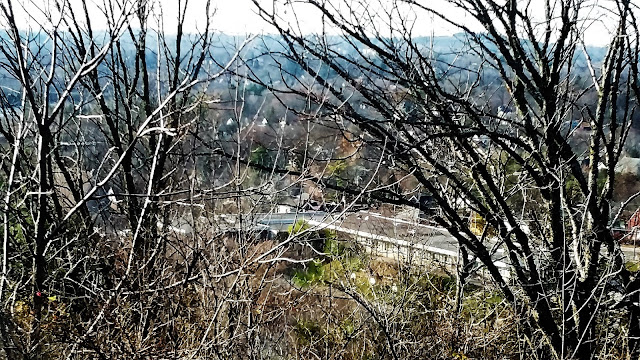 This is a shot from the top of the drumlin here in Peterborough.. Honestly, I'd prefer if they kept the trees trimmed down so you could actually see out, but nature takes its course..

I had to edit the pictures in order for us to see anything. The above photo is actually the back of a school along the side of the hill. 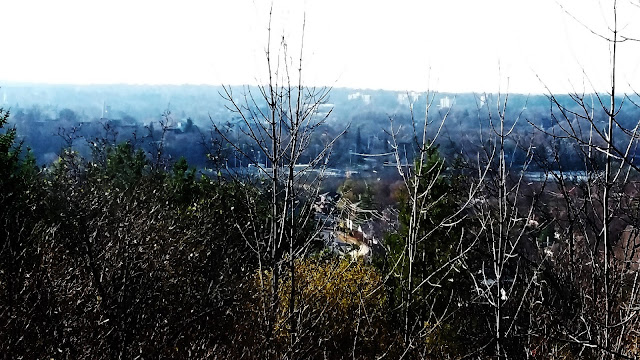 This is another one looking more toward downtown. The area I took these from is called East City, kind of a city within a city here in Peterborough. 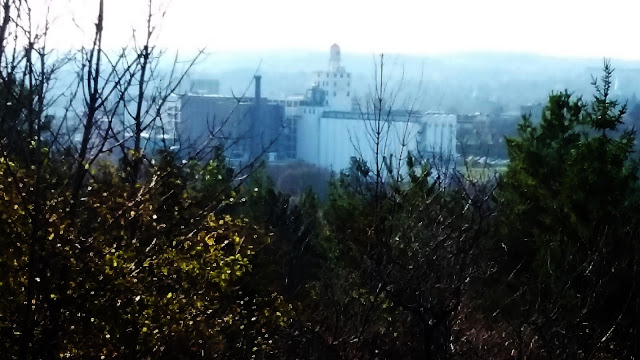 One of the major industries here in town.. Quaker Oats. 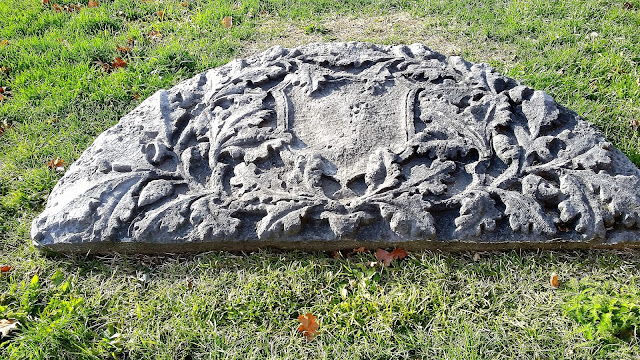 I just thought this looked interesting. A rock that had the designs carved into it.

I hope you enjoyed the little look from the hill. I may take more again from up there later on in the winter.

Thanks Joe for the trade!