One thing that was a staple of some sets in the late 80s and early 90s was First Round Pick cards. I remember looking through them at different times and wondering whether that player would make it, or in today's case.. Who made it. 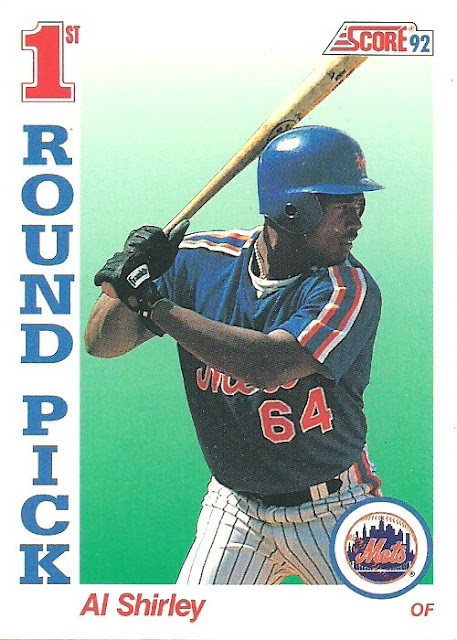 Picked 18th in 1st Round by the Mets.
He made it as far as Double-A Wichita for the Royals. 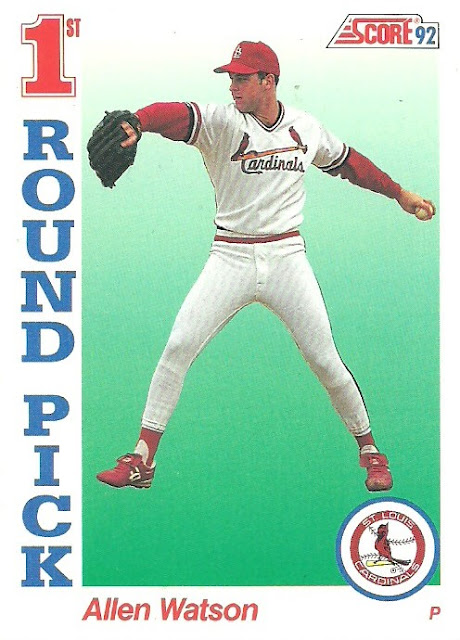 Allen Watson was the 21st pick in the first round by the Cardinals.
He made the majors, playing for ST. Louis, San Francisco, Anaheim, The Mets, Seattle, and the Yankees.
According to Wikipedia, he's a high school baseball coach now. 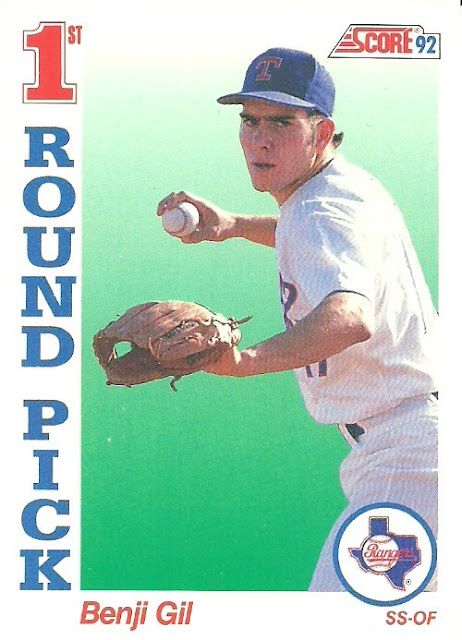 Benji Gil was drafted 19th in the first round by the Rangers.
He played for Texas and Anaheim in the majors and was playing in the independent leagues as recently as 2012. 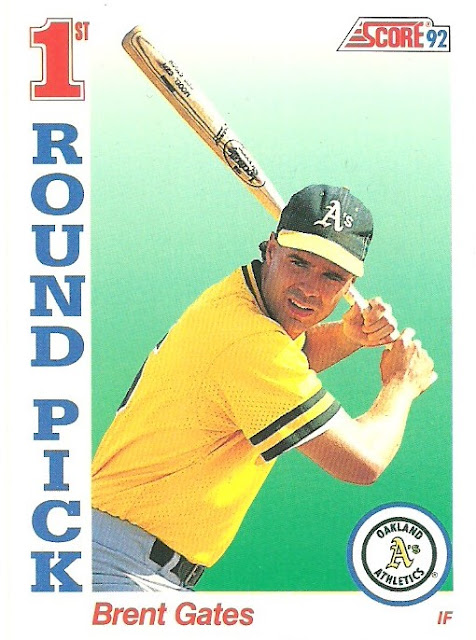 Brent Gates was picked 26th by the Athletics.
He played for the Athletics, Twins, and Mariners through his career.
He's a scout for the Rays now.
His son is in the Anaheim Ducks organization 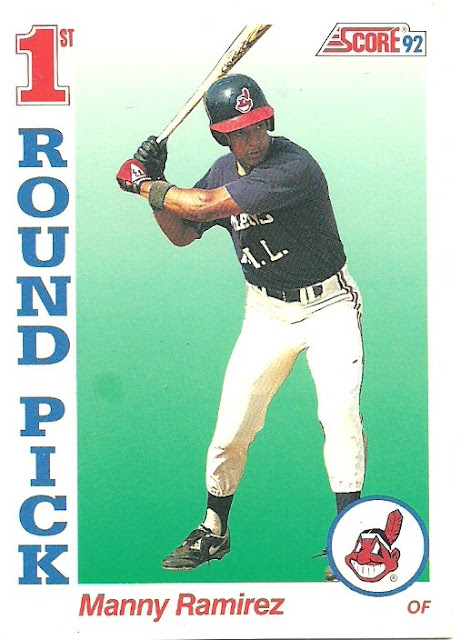 Manny was picked 13th by the Cleveland Indians.
He played in the Majors for Cleveland, Boston, Los Angeles, the White Sox, and Tampa. 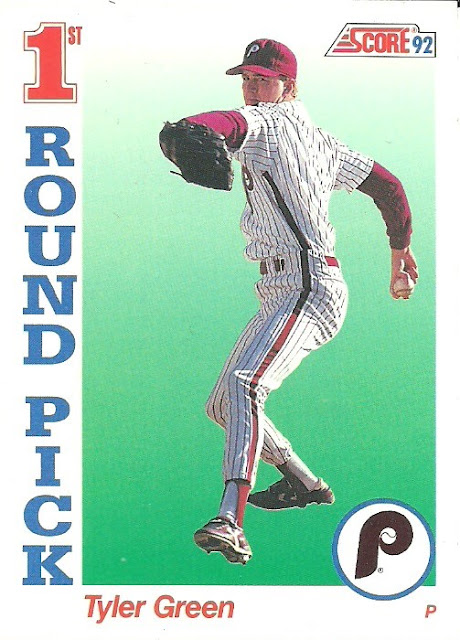 Green went to Philadelphia with the 10th pick.
He played four seasons with the Phillies. 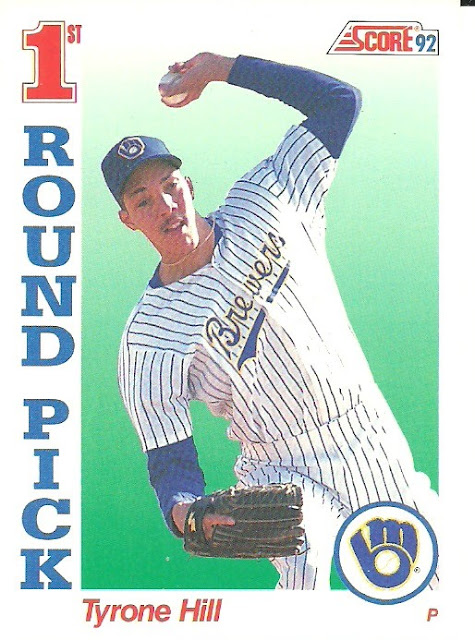 Tyrone Hill was chosen 15th by the Milwaukee Brewers.
He made it as far as Double-A Midland for the Angels.

While trying to find out what he's currently doing, I was only able to find information on the basketball player.