Package Part Two and Another Repack

So I mentioned in my last post about another set of cards I received that I hadn't scanned yet. 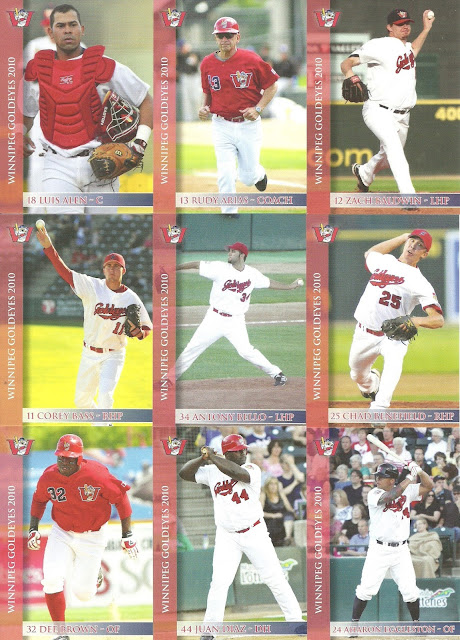 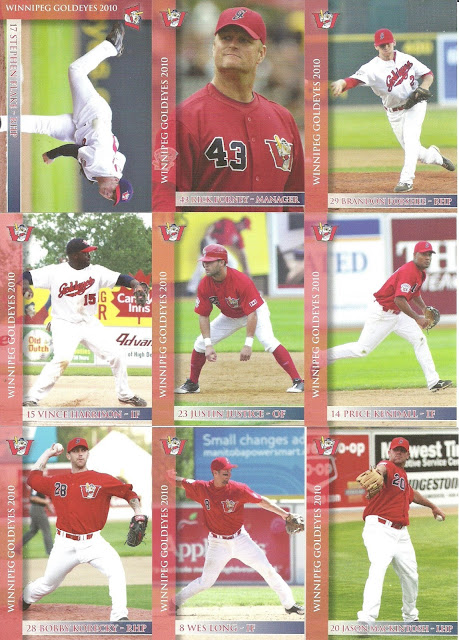 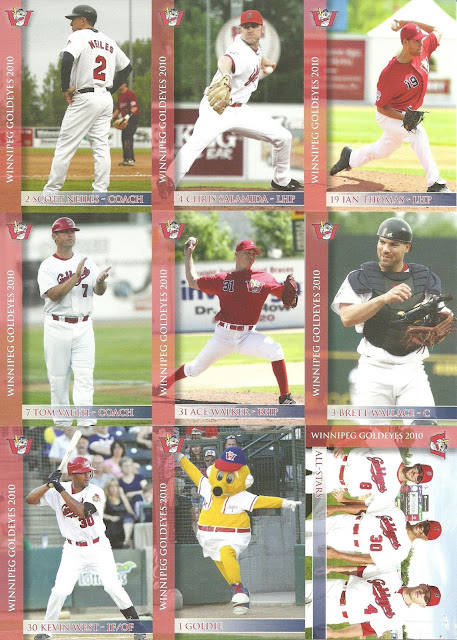 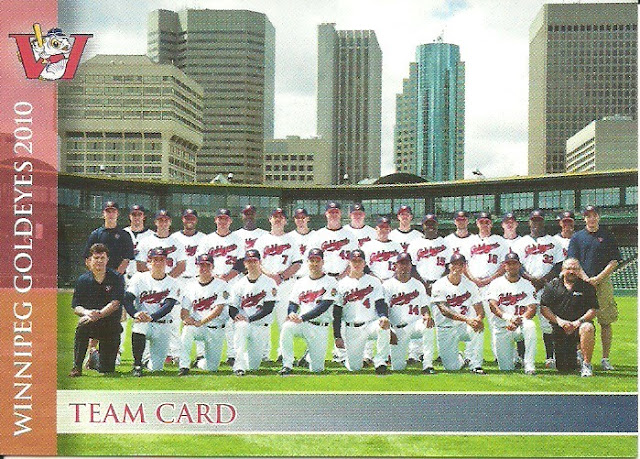 I really like the look of these cards..
2009 and 2010, if I recall correctly, were the final two seasons of the Northern League. In 2011, the Goldeyes went to the American Association. 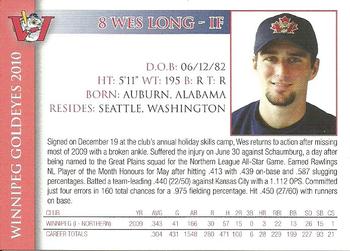 And the back of the card..

These came from Curtis of the Autograph Blog as well.

Another repack got scanned in last night.. This is the third of five I picked up.. I'll have to go through and start adding everything in sooner than later.. I think I haven't started just because of how big the job is right now.. But if I keep putting it off, it'll keep getting worse. 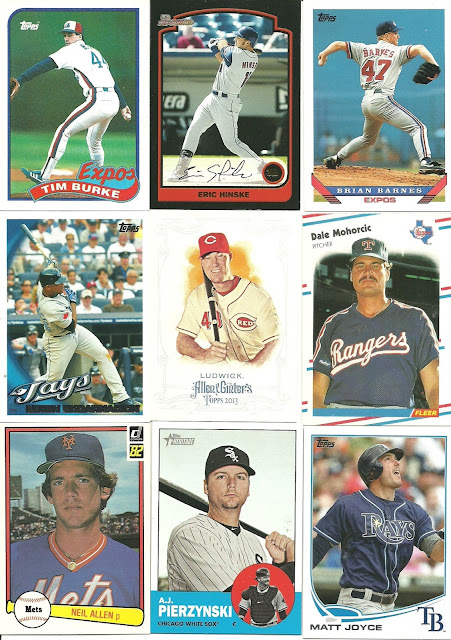 In these repacks, I have something like 5 Dale Mohorcic cards.
Neil Allen in Wrigley Field circa 1981.. 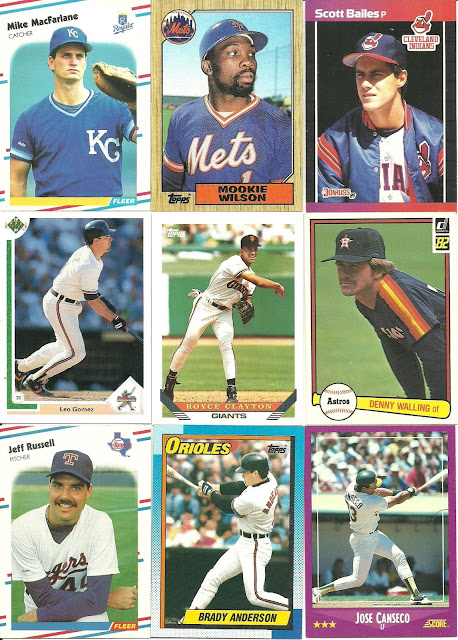 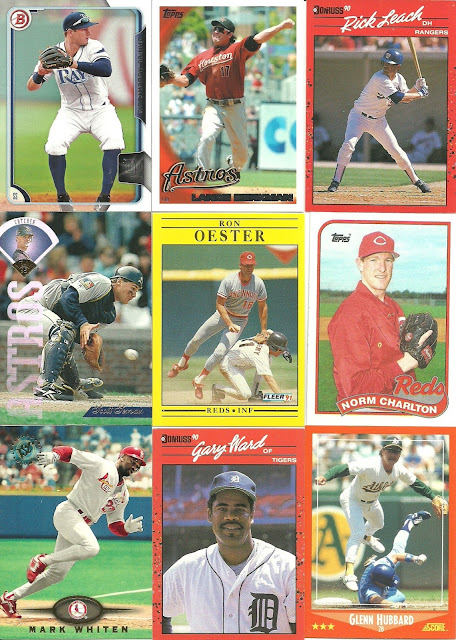 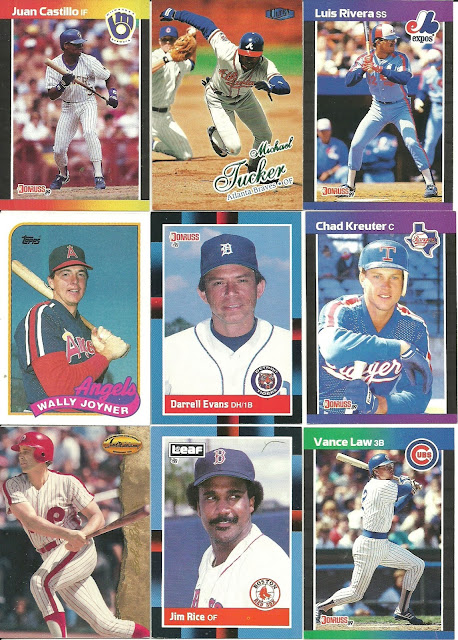 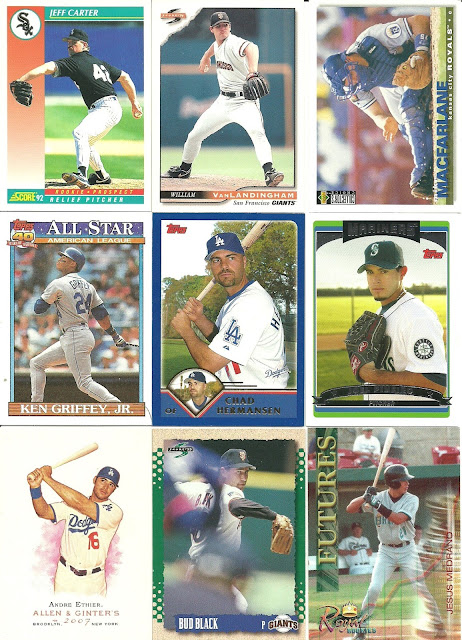 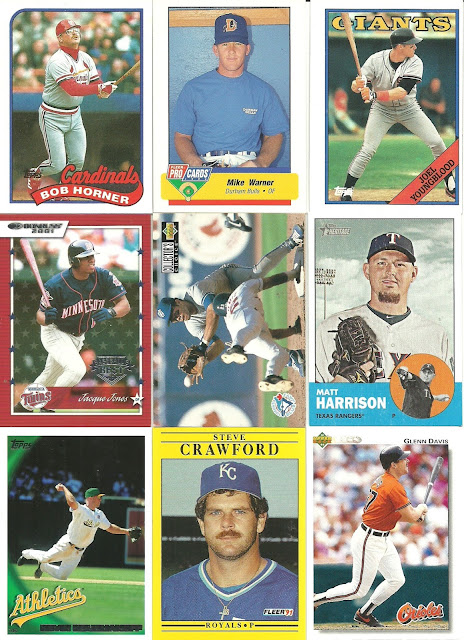 Not really much to say with these ones.. I do like the photo on the Kevin Kouzmanoff card though.
Steve Crawford looks like he's trying to steal your soul in his 1991 Fleer card.. 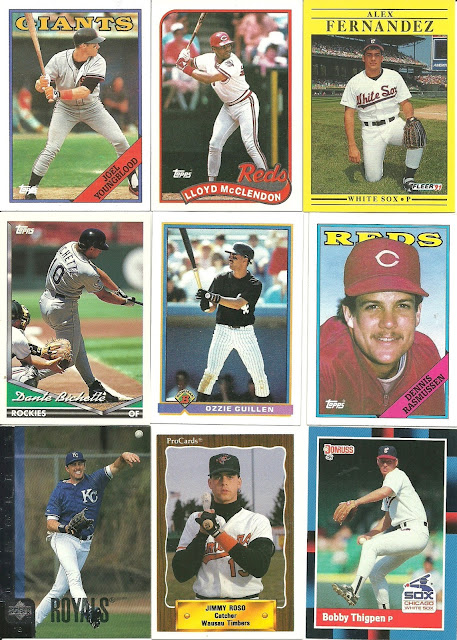 A minor league card... Wausau Timbers.. I remember making a logo for them on Out of the Park Baseball.. Actually two.. One for the seasons prior to them being an Oriole team and one for the Orioles. 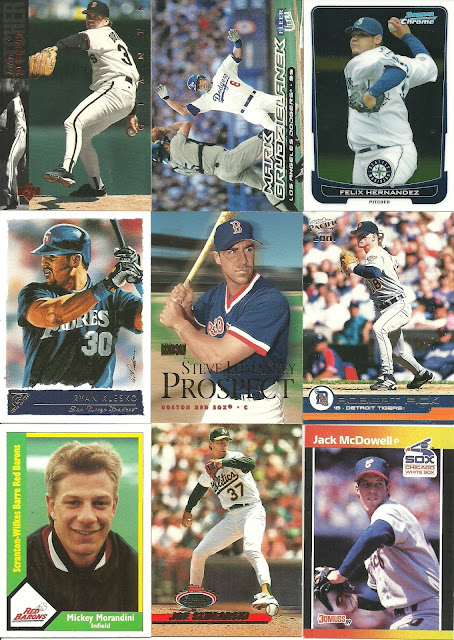 A minor league card I have duplicates of already with Mickey Morandini.
Mark Grudzielanek makes an appearance, though as a Dodger. Prefer him in Expos colours. 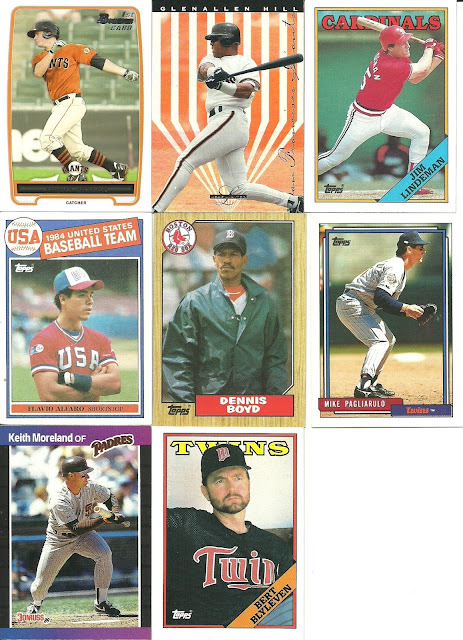 I'm thinking I might be able to put the 1992 Topps set together just through these repacks if I keep buying them. I have the OPC set though, so do I really want the Topps as well??