I recently made a purchase from First Row Collectibles.
I've really enjoyed dealing with the owner of the website. I've bought mystery bags before and really enjoyed them, so I went and bought some single cards this time around.

Included was another note from Curtis, the owner of the site, thanking me for my order and in appreciation, threw in a couple extra cards.

As an aside, in my order I made, I had wanted two copies of one card. He had only one available, so he let me choose a card to replace the second copy with. The correspondence was quick and friendly.

Now, before this turns into a huge shill for https://www.firstrow.ca/ I'll show the cards I received.. 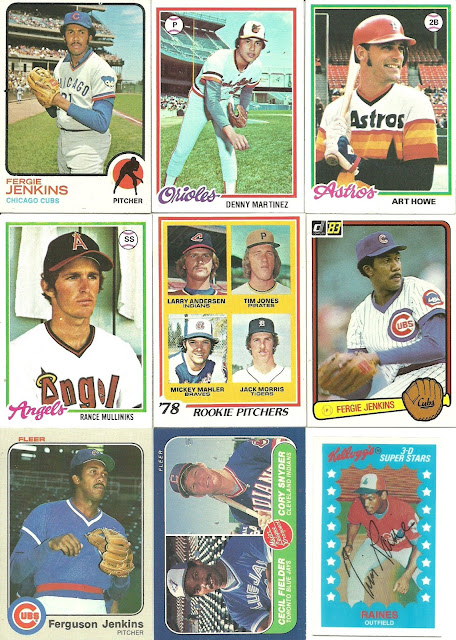 Some Fergie Jenkins cards I didn't have. 1973, and two 1983.
I'm working on the 1978 Topps set since it's my birth year.
Dennis Martinez as an Oriole. Art Howe.. One of my least favourite announcers in Rance Mulliniks. (It's his rookie card too) and Jack Morris..
The Raines Kelloggs card is the replacement for the card he didn't have a second copy of.. 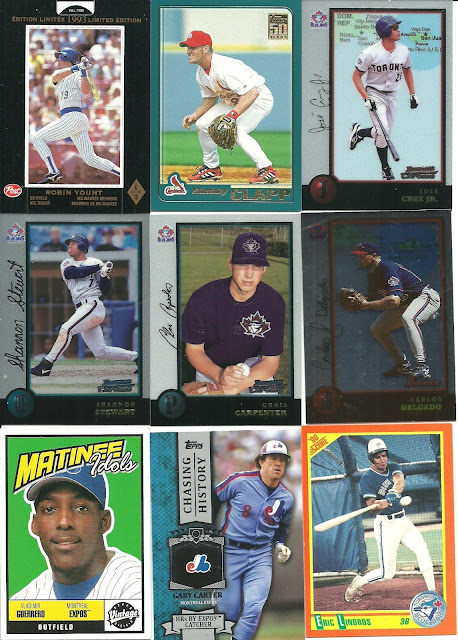 Stubby Clapp! I finally have a card of his in my collection..
The Robin Yount I picked up because it's an oddity that I know a couple people might like..
The rest of these are extras that were sent in appreciation. That Lindros might go into the Canadians binder as a "*" 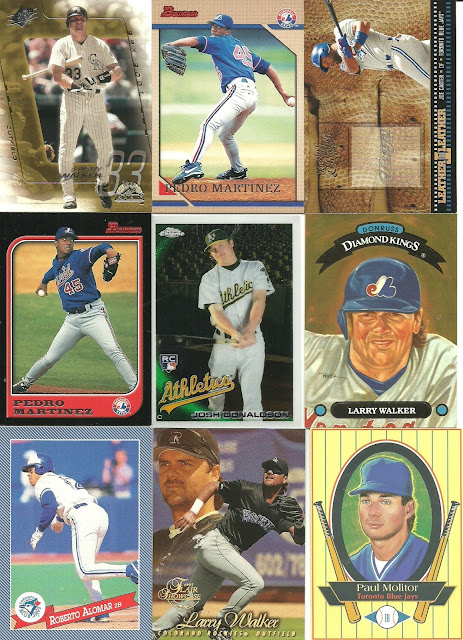 The card I wanted two copies of was that Larry Walker Diamond Kings card. I was happy to get one though..
That Molitor is another food issue oddball. Part of a set by Metz Baking Company.
That Alomar is an Appreciation Card as well. It's a Hostess food issue.
I had to get a couple Pedros as an Expo. Just had to... No choice..

That Carter is a Donruss Leather and Lumber card, serial numbered to 2499.

So that was my order. Another amazing package received. Check him out sometime.
https://www.firstrow.ca/