I received an email not too long ago from someone I've traded with before. Earlier in the year I had asked, since he was in Lansing, if I sent him money would he get me a team set of cards.

I hadn't heard from him for a while but right around the issues I was having in September, I received an email from him. He hadn't forgotten about the request, but instead of sending him money, since I was having the anxiety issues, he would send some stuff to me.

Well, that parcel came in yesterday. He ordered it directly from the team store online since the physical store was closed for the season. 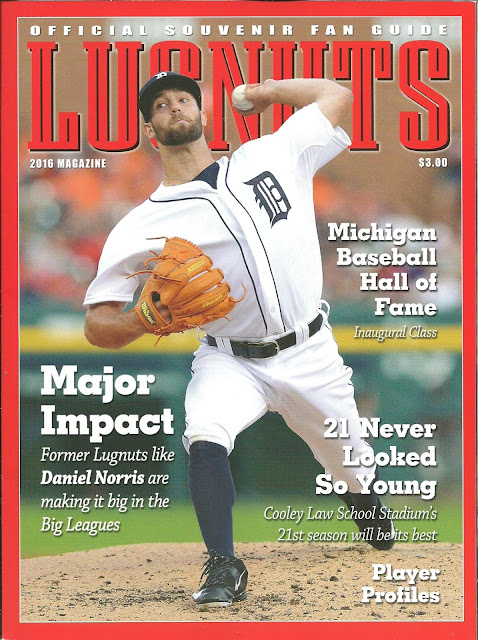 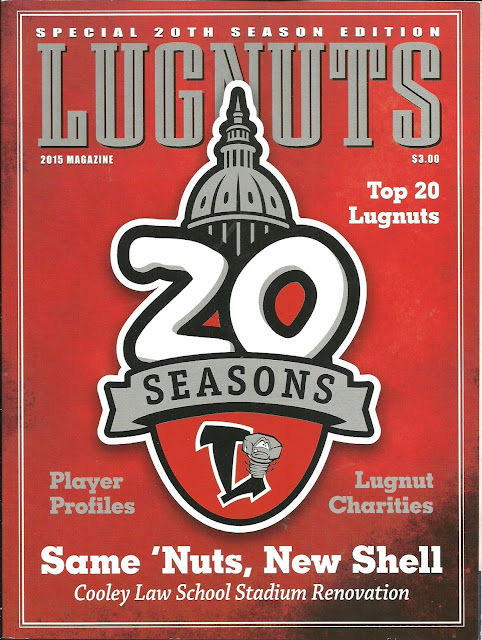 First... A couple magazines. The bottom one is 2015, the top one is 2016. They have the usual information: Player Bios, Stadium information, etc.
The 2016 one includes an article on Lugnuts who have made an impact in the majors.

And cards. Quite nice cards here..

1999 Multi-Ad Midwest League Top Prospects.
This comes from when the Lugnuts were a farm team for the Cubs, but these are still cool. 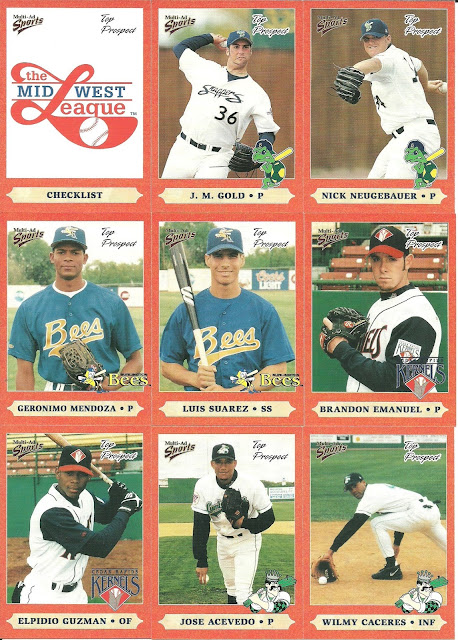 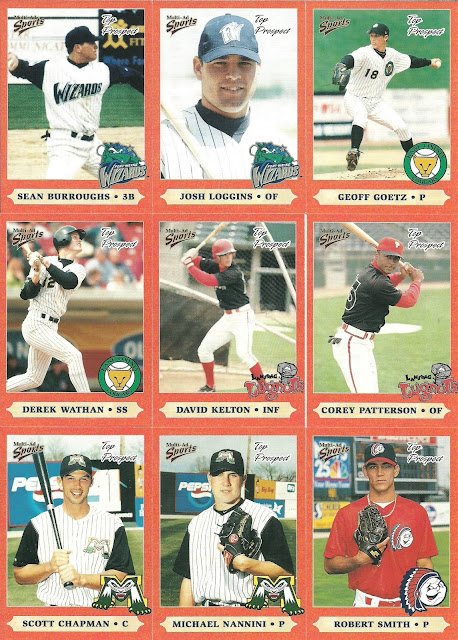 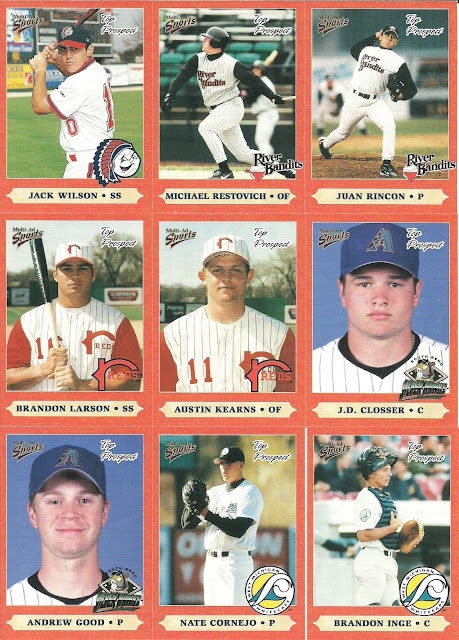 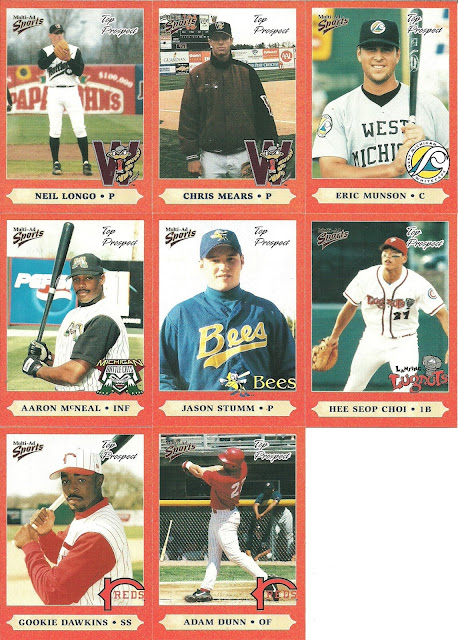 These were rather neat to see.. But these weren't all.. 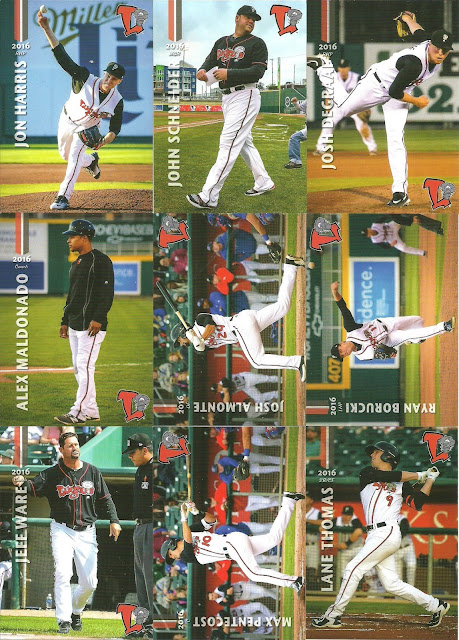 The 2016 Lugnuts team set!
Max Pentecost is a name I've heard coming through the system. I know there was possible talk of him coming up when the Jays were scraping the barrel for a catcher.
Jeff Ware was a Jays draft pick in 1992.. He was pitching coach for the Lugnuts. 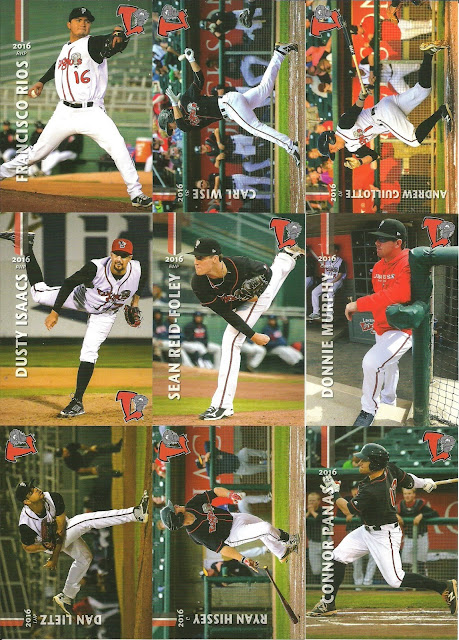 Sean Reid-Foley is another name I've heard coming up the system. 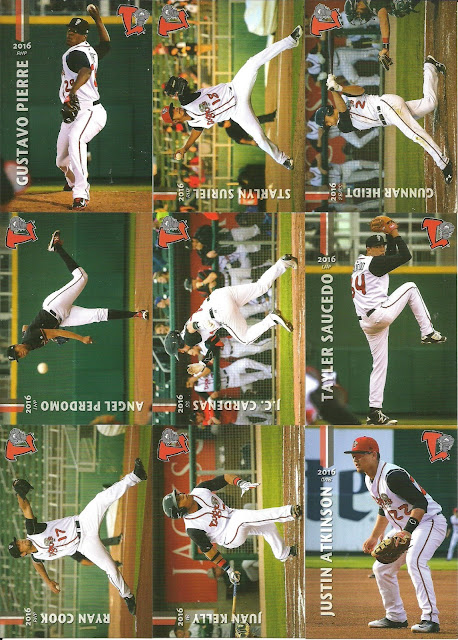 These are really nice looking cards.. I see the photo's aren't on the Trading Card Database, so I'll be scanning these individually to add them.. 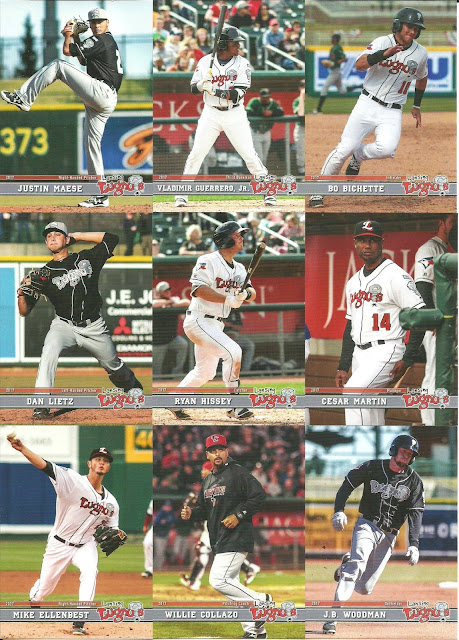 2017 set as well.
Probably the only way I'll be getting a Vladimir Guerrero Jr and Bo Bichette card for 2017.
Is it bad that I like these ones more than the main issues?? 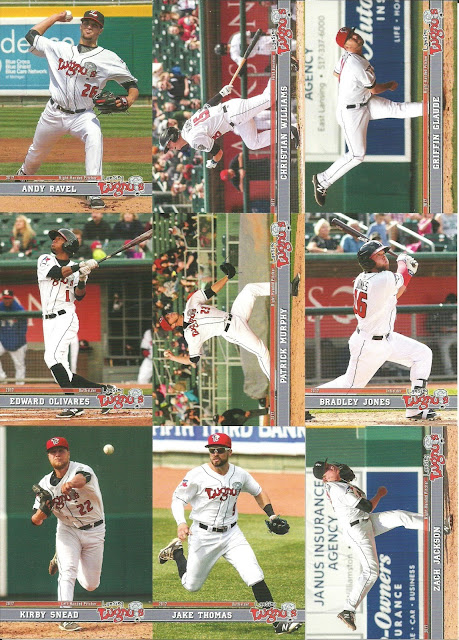 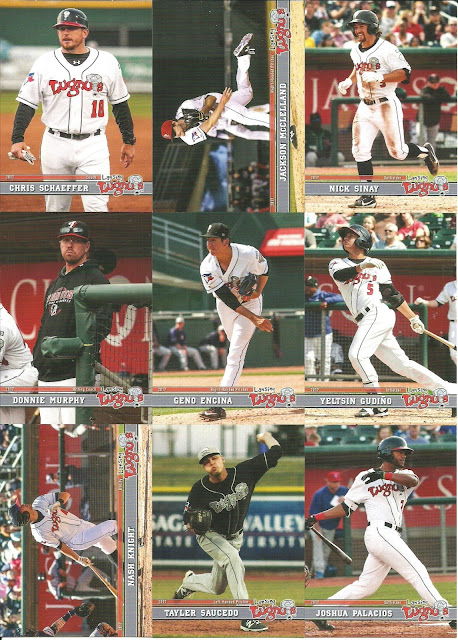 Again, really nice cards that aren't shown on the Database.. So I'll be scanning these ones as well to add them..

This was greatly appreciated, John! These are amazing!
Posted by Mike Matson at 9:15 AM