I came home from work this evening and saw some stuff in between the doors. Figuring it was most likely junk mail, I wasn't really thinking too much of it.. I checked and in the pile of junk was a nice yellow envelope.

Turned it over and it's a surprise mail day from everyone's favourite Night Owl.. 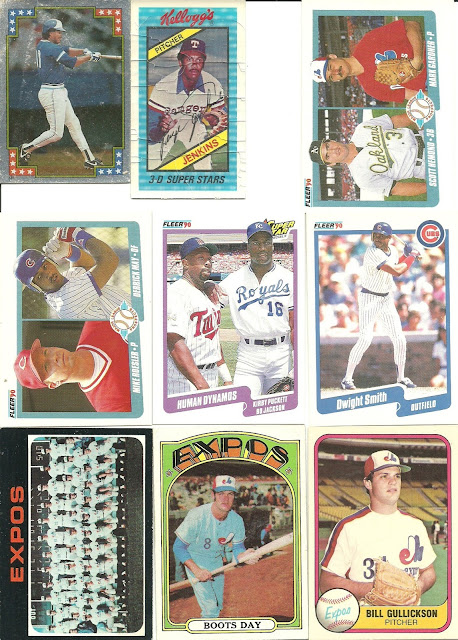 The first time I flipped through the cards, I missed that Fergie Kellogg's one.
I think there have to be more than one variation of the George Bell sticker. The one on the Trading Card Database lists it as "George Bell" but on the back has Alan Trammell. The one I have has Dwight Evans on the back..

Some 1990 Fleer I needed as well. Getting ever closer to finishing that set.
Some early Expos as well. 1971 team card, 1972 Boots Day (I keep having to do a double take on it.. The step behind him makes it look like the bat is the full length of the photo.
Finally, a Bill Gullickson Fleer Rookie. 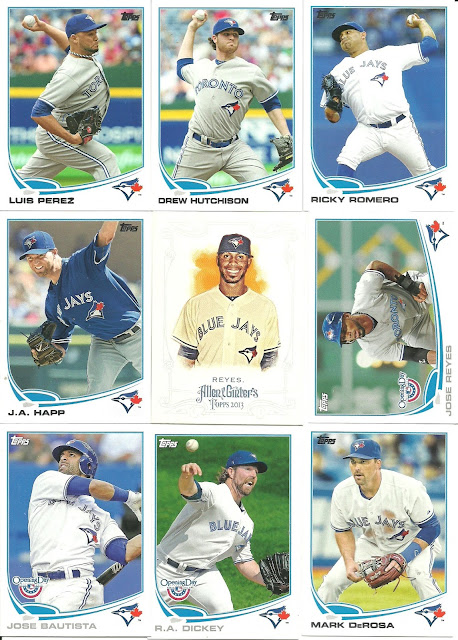 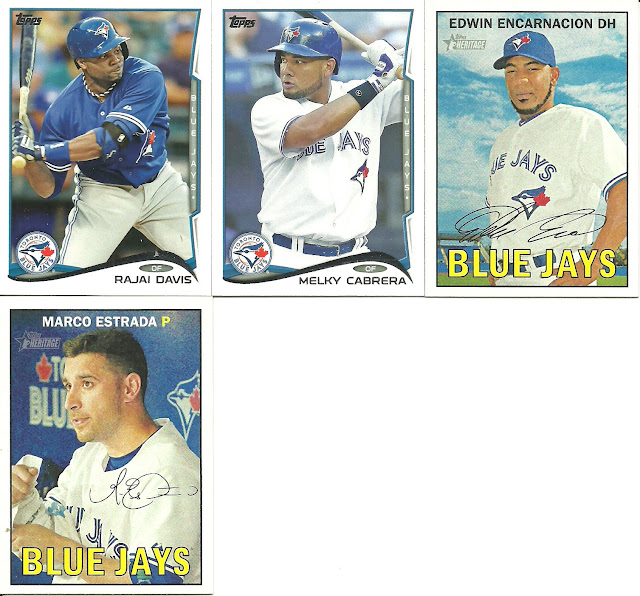 Now some modern cards. 2013 and 2014 Jays with a couple 2016 Heritage cards.
Of those players shown, only Happ and Estrada are still with the team. Even then, Happ is a return.
I'm interested to see where Hutchison ends up now that he's been non-tendered by the Pirates.

I also received something else in the mail today, but I'll cover that tomorrow...

I'll just leave it with this purchase... 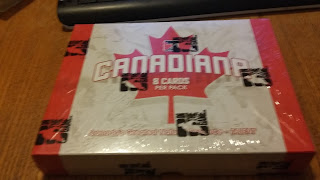 Thank you for the cards!!
Posted by Mike Matson at 3:22 PM