Recently I had a little extra money, so I bit the bullet and bought this: 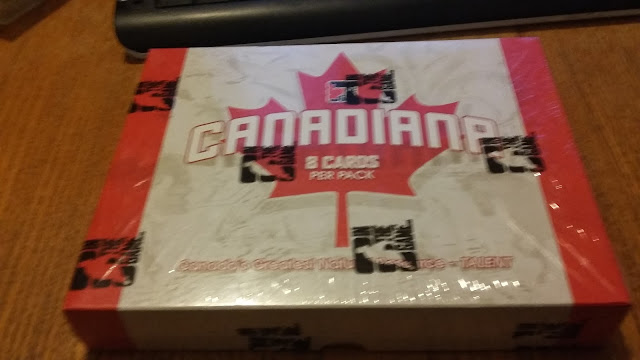 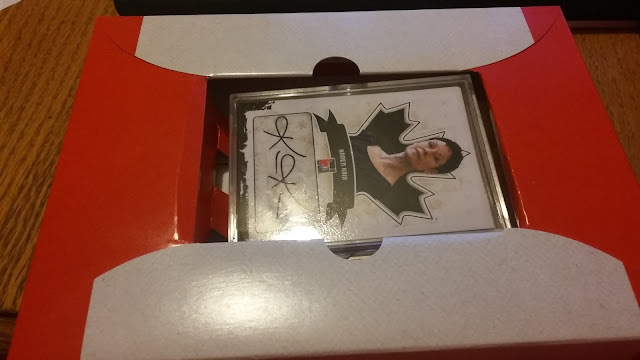 The "pack" is a small card holder containing 6 cards, 1 Autograph card and 1 Memorabilia card
I guess I lucked out with two Autographs.

That said, the box is nice.. 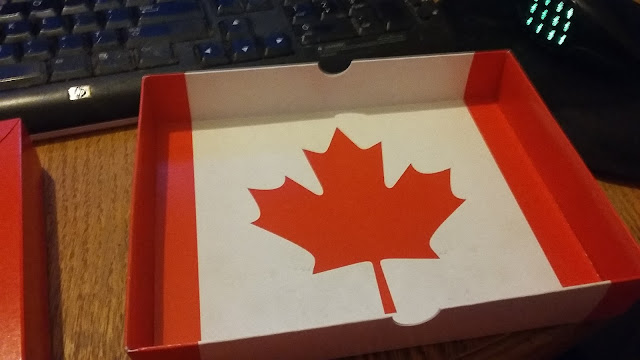 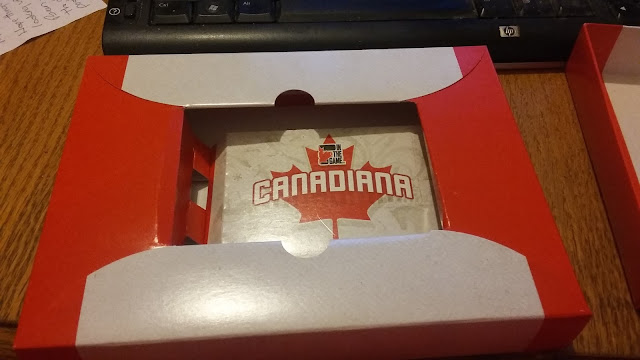 All sorts of red and white.. Almost slapping you in the face with its Canadianism..

So I guess the big thing is.. Cards.. What cards did I get?? 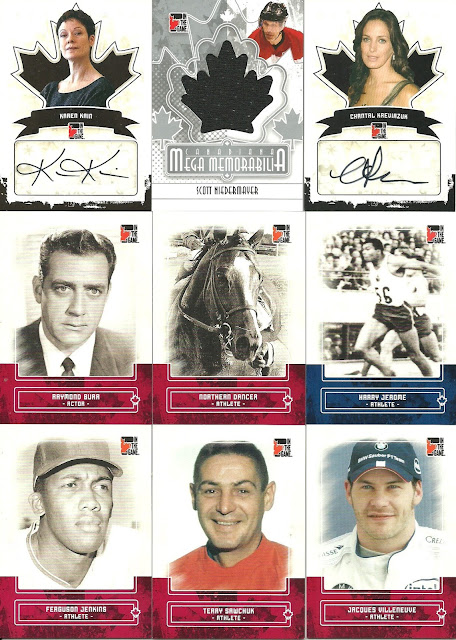 Karen Kain is a retired ballet dancer and is currently the Artistic Director of the National Ballet of Canada.
Chantal Kreviazuk is a singer/songwriter.
Scott Niedermayer was in the NHL mainly for New Jersey.

Raymond Burr was an actor, best known for Perry Mason.
Northern Dancer was a racehorse.
Harry Jerome was a track star. He set 7 world records over his career.
Fergie Jenkins.. I don't think I need to say who he is.
Terry Sawchuk was a member of the Detroit Red Wings, playing Goalie, winning four Stanley Cups.
Jaques Villeneuve is a race car driver. According to the card shown, he's also a singer.

And that was that..

I was a little disappointed that I spent $90 CDN on what amounted to 9 cards. That said, I've seen the full set available online for $80. Not sure if it was CDN or US though.