Yesterday I received a package in the mail I wasn't expecting. I looked at the package and it had the return address for First Row Collectibles.

I know I hadn't ordered anything recently, so I was curious as I opened the package.

There was a note inside:

"Mike,
Saw on Twitter that you weren't feeling well. Anxiety sucks! I've had my battles with it too. Hoping you're feeling better. If not, here's a little something to brighten your day!" 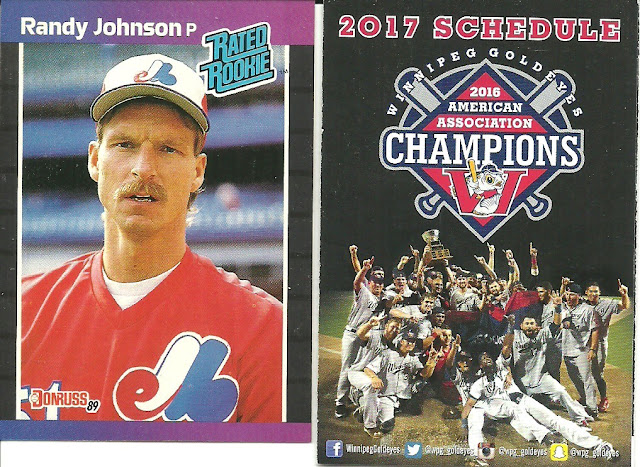 A Randy Johnson 1989 Donruss Rookie Card. It's odd to think that he started out in Montreal.
Beside that is a pocket schedule for the Winnipeg Goldeyes of the American Association. There were actually two copies of it in there.
I see the odd Goldeyes game on Shaw satellite here in Peterborough, but the only way to really keep up with them is online. 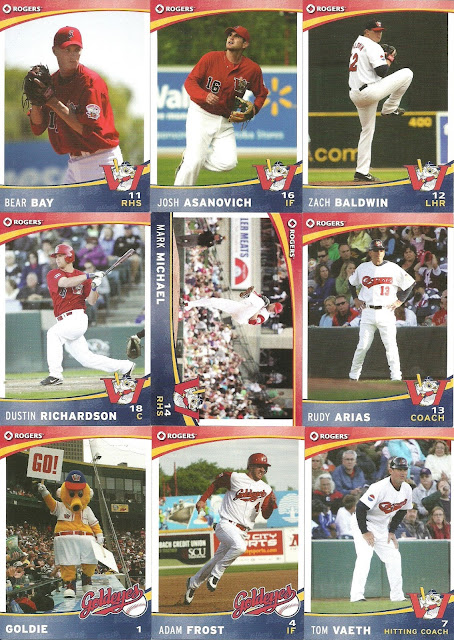 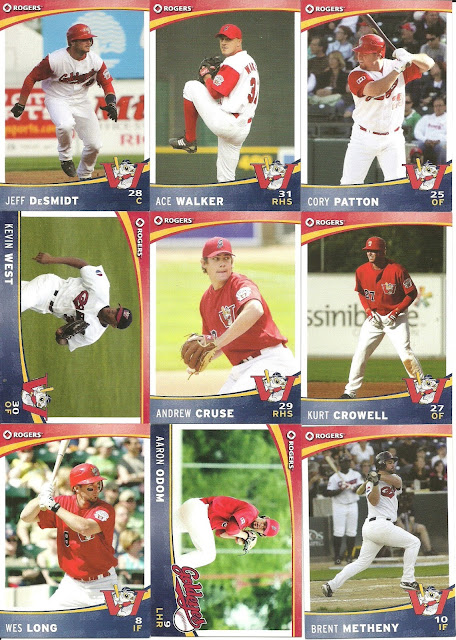 The Goldeye Goodness continues!
A 2009 Goldeyes team set.
I actually came across some difficulty with this on the Trading Card Database. There is a set listed on there, but it looks slightly different. The bottom line where the name is was straighter and had "Winnipeg Goldeyes" written in it.

It was decided this was a separate set, sponsored by Rogers. So I ended up creating a checklist for it and scanning the cards in..

My next step is to scan in the 2010 set that was also included.. 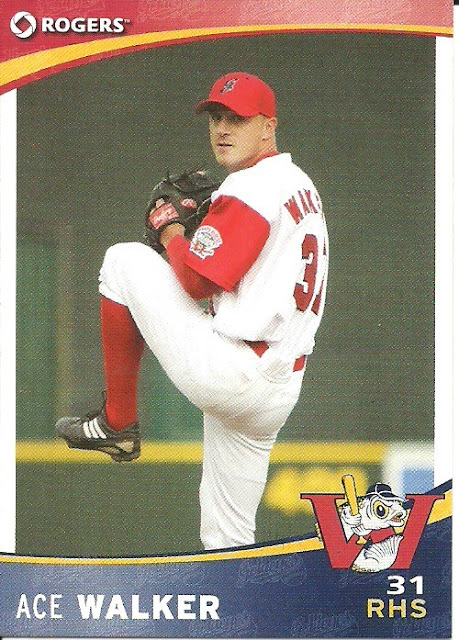 A rather... Interesting name for a starting pitcher, eh? His real name is Andrew. 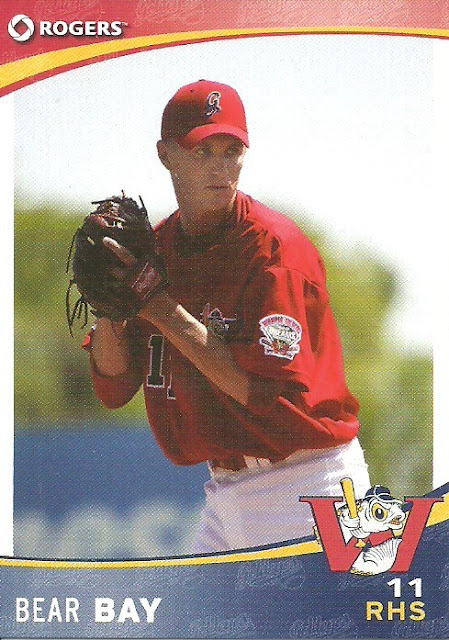 Bear Bay.. What sounds like it should be a town name is actually a nickname as well.. His real name is Ronald. 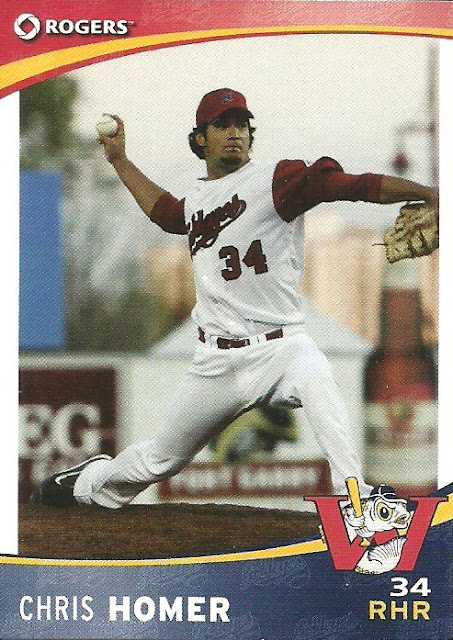 Chris Homer.. Almost appropriate he's a pitcher, no?
Though really you don't want to let up too many of them.. 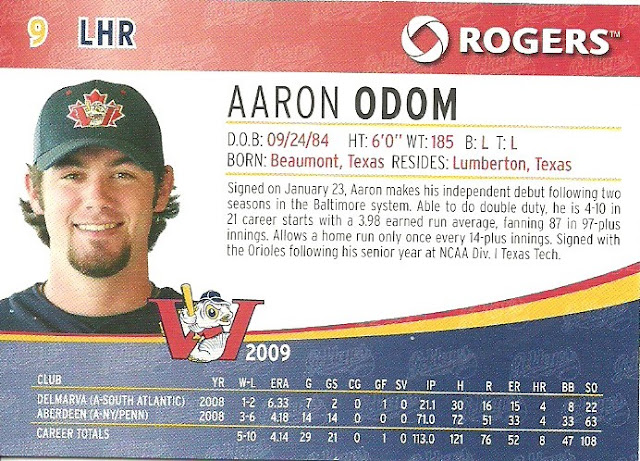 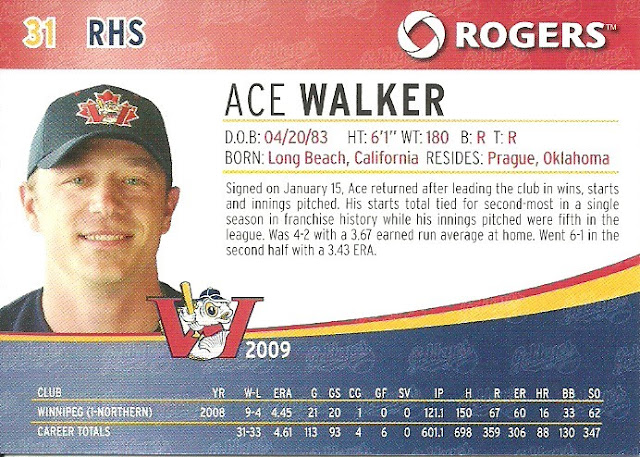 I wanted to show off the back just to give an idea what they look like..

It's quite a change from minor league cards in the 80s and 90s, no?