As most of you know, I had a pretty rough first half of the month. I had one person on Twitter send me a message asking for my address because he wanted to send me some stuff to cheer me up.
They came in yesterday and I just finished scanning today, between work and it being hotter than most of the summer the past few days, it took a while.. 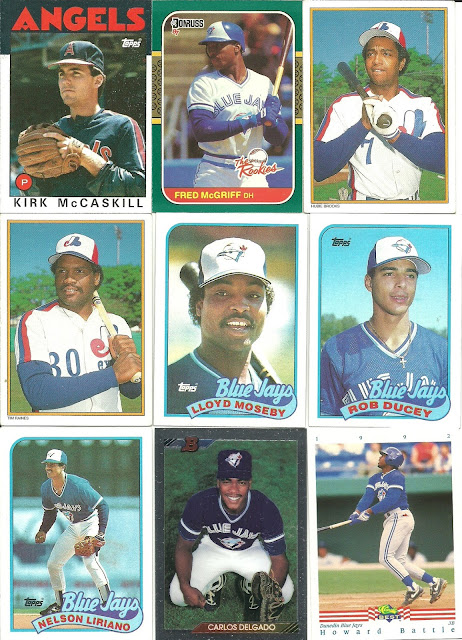 I scanned what was needed from the pile.. There were some 89s sent I already had, which happens.. The Ducey was the third copy I needed..
The Bowman Delgado threw me off for a moment.. It's a reprint from 1998 of his 1993 Bowman card. 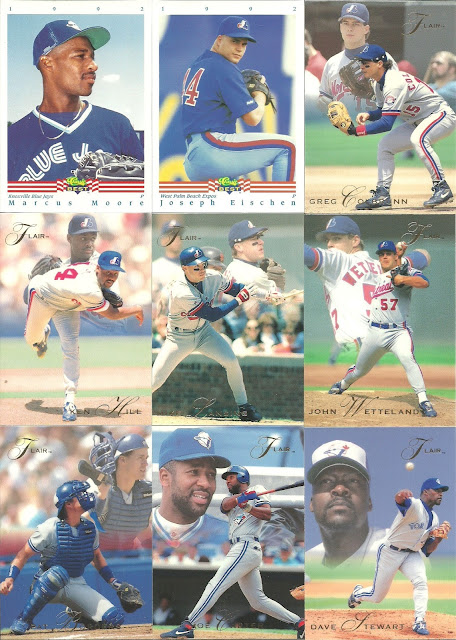 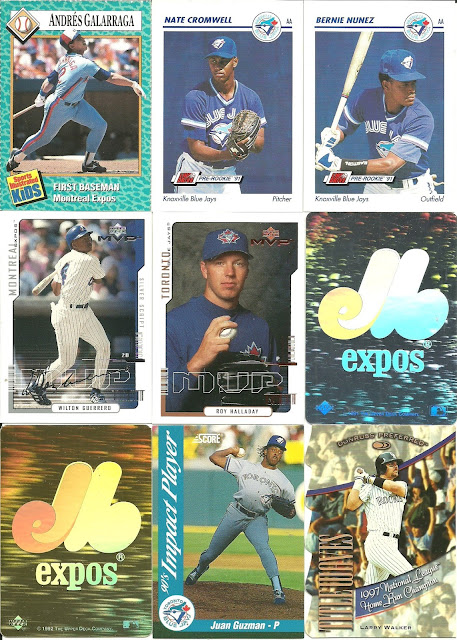 I like how the MVP actually list what variation it is right on the front.. The Wilton Guerrero is a "Silver Script" while the Halladay is the base card. 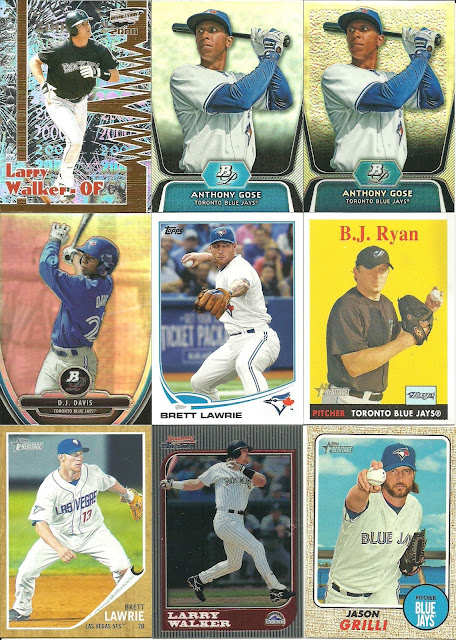 I mentioned the thing about MVP because we have Bowman.. I could write a 50 page essay on how much I hate the current Bowman product and still have words left over..
That hatred stems from the usage of the same number for 30 parallels that look almost exactly alike.

We have a couple Larry Walker cards I didn't have before as well. Jason Grilli also appears, holding the baseball so he doesn't give up another homer.. This season was a rough one for him. 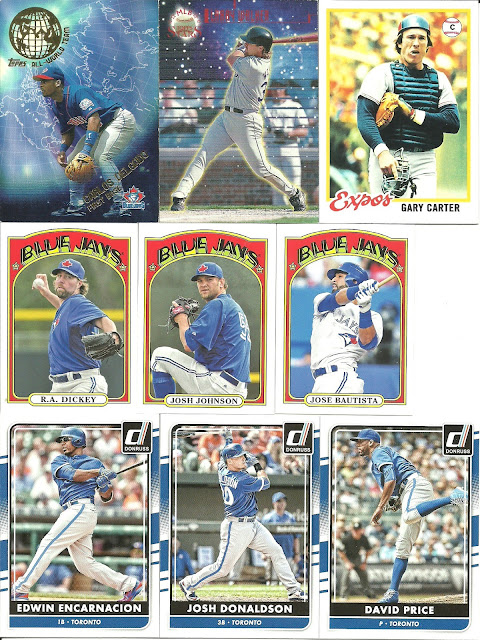 When I first saw that Carter I was surprised.. Then I realized it was the 60 Years of Topps reprint and was still happy.
Some minis were sent my way as well 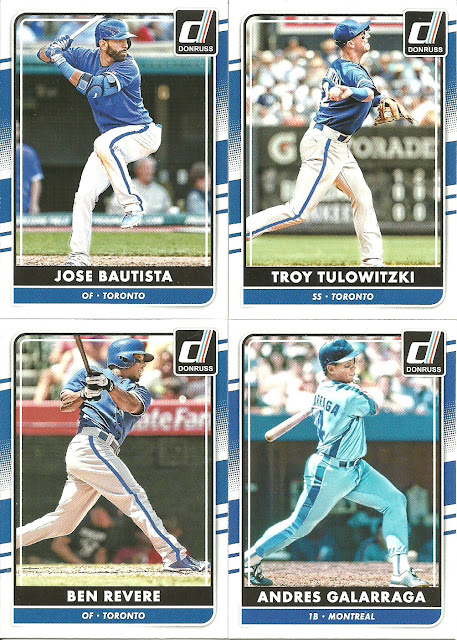 Finally, some Donruss from 2016 to finish. For the most part, I don't mind these cards. I understand the want for logos and licensing though..

Thank you Kin for the cards! They are greatly appreciated
Posted by Mike Matson at 3:36 PM