After a long... LONG day yesterday (and even got a trade package in that I'll cover later) I'm back today to continue the Box of CrazieJoe..

But before I do that... I feel dumb... Had a couple trades going with members on the Trading Card Database and I ended up sending the packages to the wrong people... One has offered to pass them along to the intended recipient, but I'm still beating myself up over it, since I'm me.. 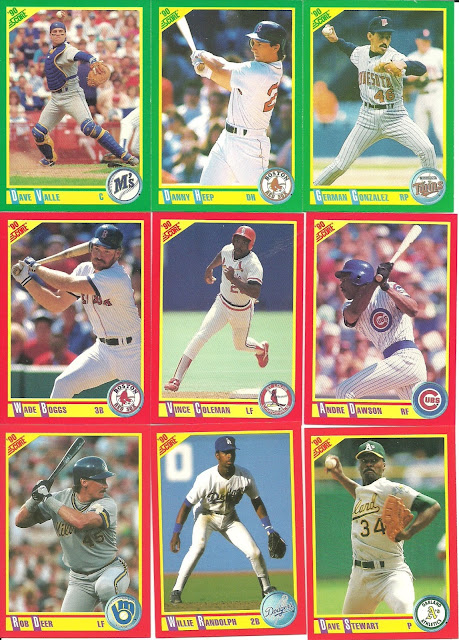 Lots of 1990 Score here. Andre Dawson is always a nice sight, even in the Cubs pinstripes.
I always remember Rob Deer for having a .179 average one year as a regular player. I don't remember if it was with Milwaukee or with Detroit. 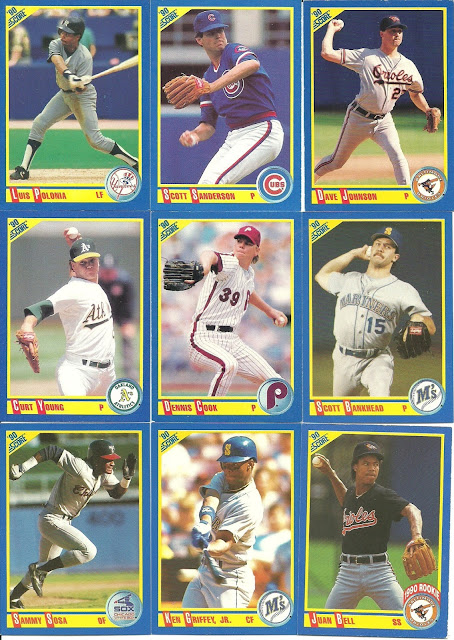 Griffey, Sosa, and not much else in the Name department here. Though we do have George Bell's brother. 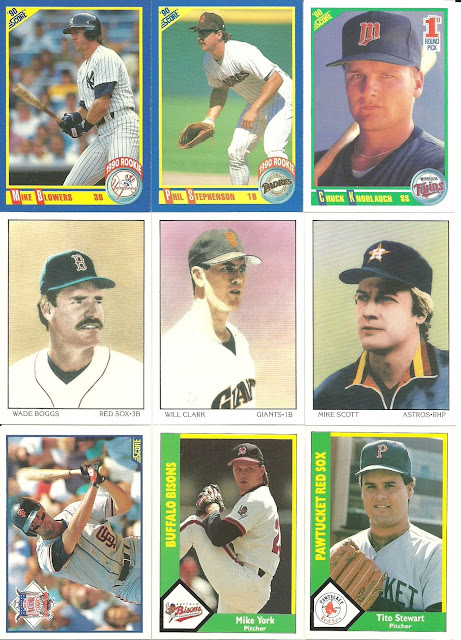 Phil Stephenson showing off the Padres pinstripes..
The Boggs, Clark, and Scott are the Dream Team cards. They're rather interesting.
Some minor league cards as well with a Bison and a Red Sock from Rhode Island. 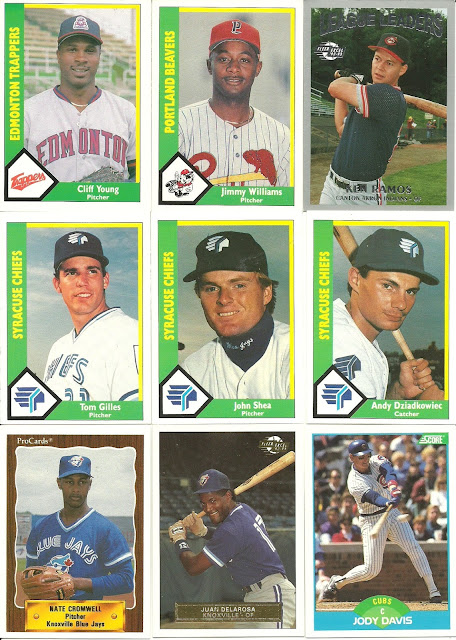 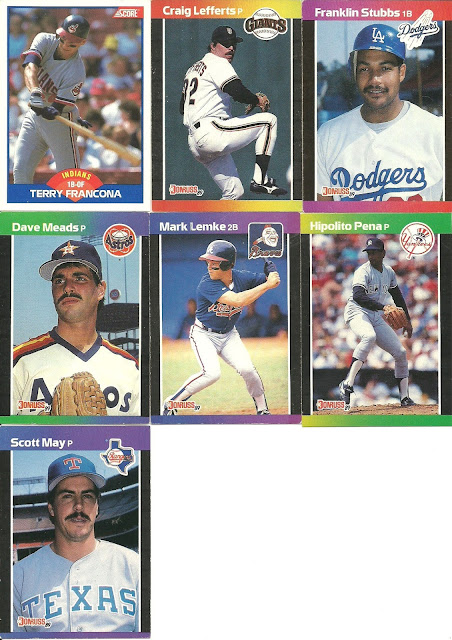 Some 1989 Donruss. It's funny, some Donruss years I love, some I hate.. This one was closer to the dislike side of things. I don't know what it is about them..

So that's it for today.. Tomorrow will cover my version of Peter K Steinberg's 1995 Fleer.. B