Not too long ago, Fellow Blogger, Canadian, and Trading Card Database member CrazieJoe contacted me about whether or not I wanted to do a box trade. I said sure.

In the last couple days, a wonderfully wrapped box came to my doorstep.. Removing the paper and I was left with this 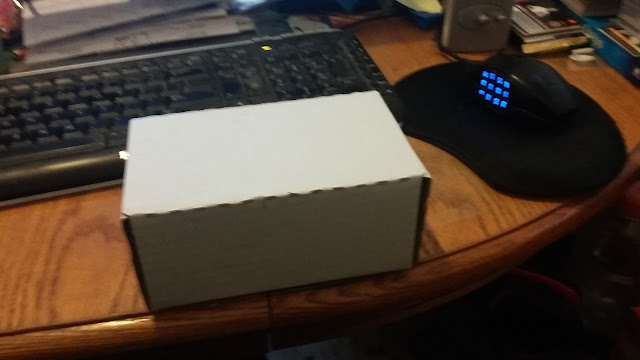 What could be in this box of wonders? Could part of this be a healthy start to my own collection of the Upper Deck Classics set? What else is there?

So because of the amount of stuff that ended up coming out of this, I'll be breaking it up into a couple posts.

So without further ado and Chris Jericho's prodding, I'm going to Show it off, mannnnnnnnnnn! 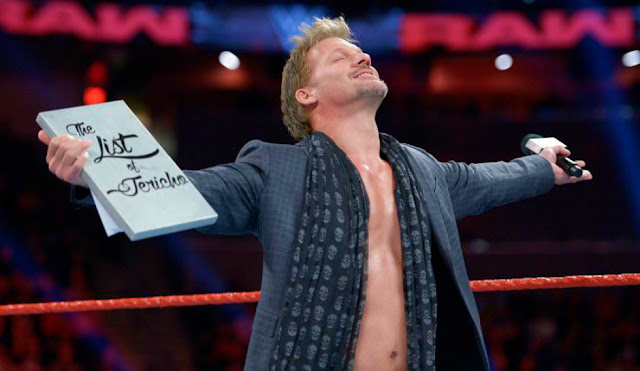 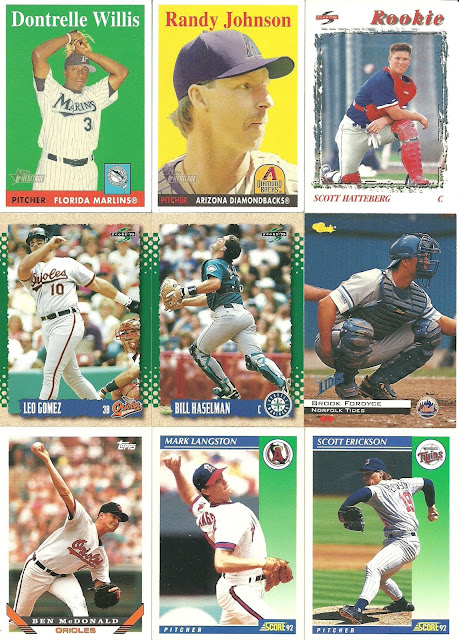 Some 1990s here, including some 1992 Score to help with my unofficial collection of them.
A later career Randy Johnson also graces me with its presence.
1995 Score was one I both liked and didn't like at the same time, if that makes sense. 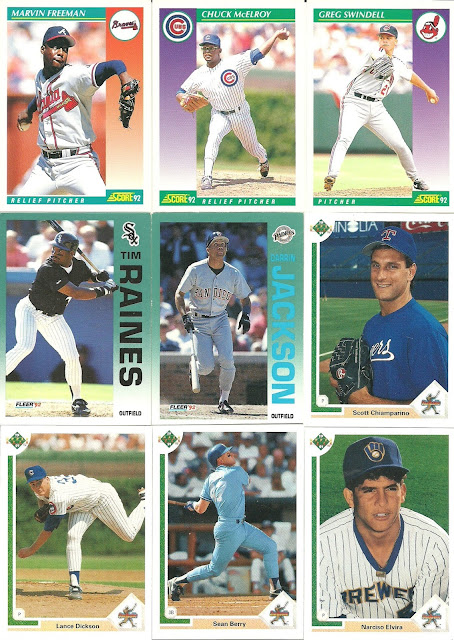 Hall of Famer in Wrong Uniform Alert! Tim Raines in anything but an Expos uniform is just wrong. Almost like Andre Dawson in a Marlins or Red Sox Uniform.
Darrin Jackson as a member of the Padres as well. He was not one of the better trades by the Jays. He was horrible for the Jays, but brought Tony Fernandez back when he was traded to the Mets.
1991 Upper Deck makes an appearance here as well. Sean Berry before Montreal and a Brewer I never heard of. 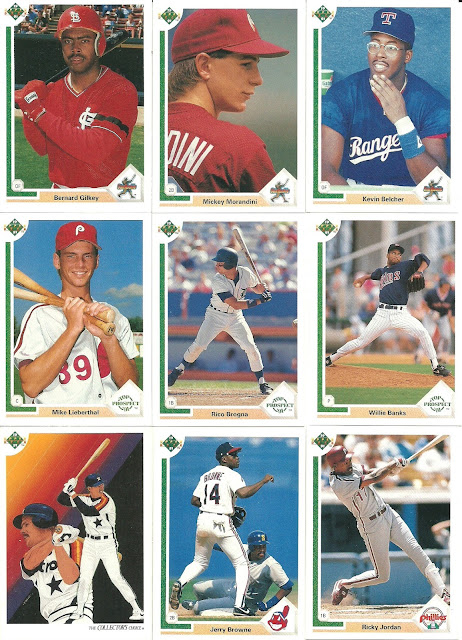 More 1991 Upper Deck. I've always liked the checklists they made with the artwork for each team. Almost like a combination of a checklist and the Diamond Kings cards from Donruss. 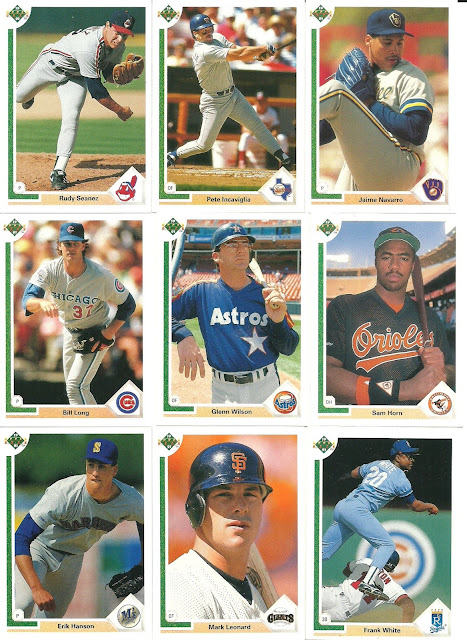 The man responsible for draft picks needing to spend a year with the organization that drafts them (if they sign) in Pete Incaviglia. He was drafted by the Expos and did not like the fact that they wanted to send him to the minors. He sulked and demanded a trade if he signed.
We have a few batting poses here, though I'm not sure what Sam Horn has in mind... 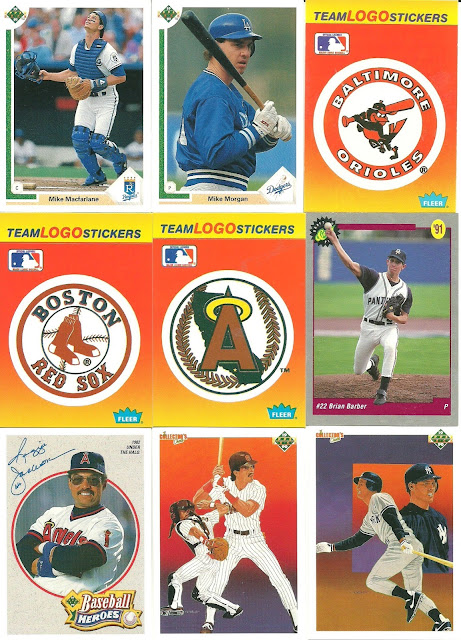 When I was first starting collecting, I loved the Baseball Heroes card but never really got far with trying to collect them. Upper Deck was rather expensive for me at the time, so.. 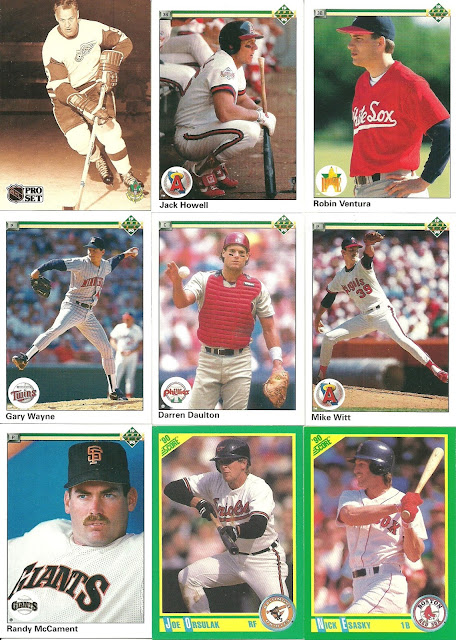 The final batch for today is more 1990 Upper Deck and some 1990 Score. A Pro Set Hockey card also makes an appearance in Gordie Howe.

That was the first look.. What will tomorrow bring??
(We'll have to see if I can post anything tomorrow.. Work may get in the way on March Break lol)