I think with this reorganization I've been thinking about and slowly attempting I'll be looking at some of the things I have and deciding whether or not I want to keep collecting them..

For example:
I still like the original Diamond Kings cards. I want to collect the ones starting from when they first appeared to 1993. Aside from those, the only ones I'll be collecting are Jays, Expos, and Canadians.

Anyway, on with the first batch being pared out of my collection. 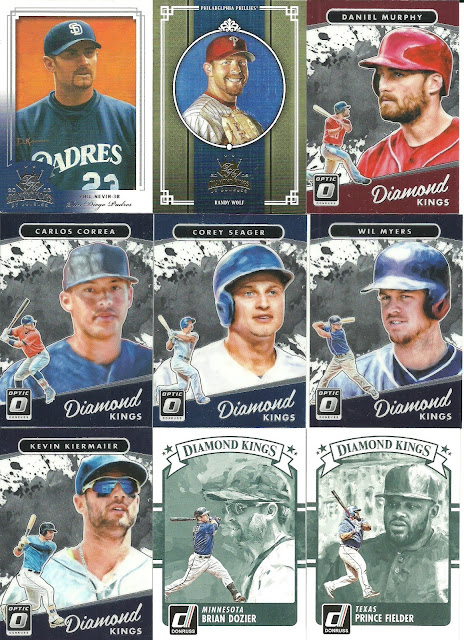 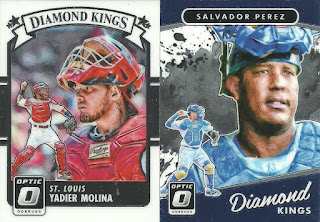 The newer Diamond Kings, while I think they're nice, don't have the same impact on me as the originals. 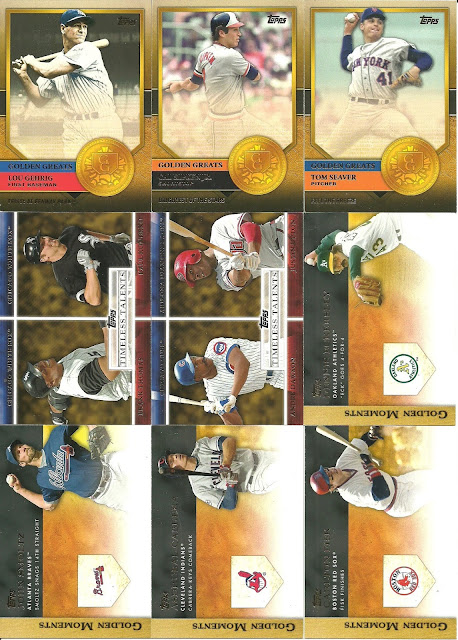 I did like these inserts, but at the same time, I don't see myself chasing them down, so I'm offering them up. 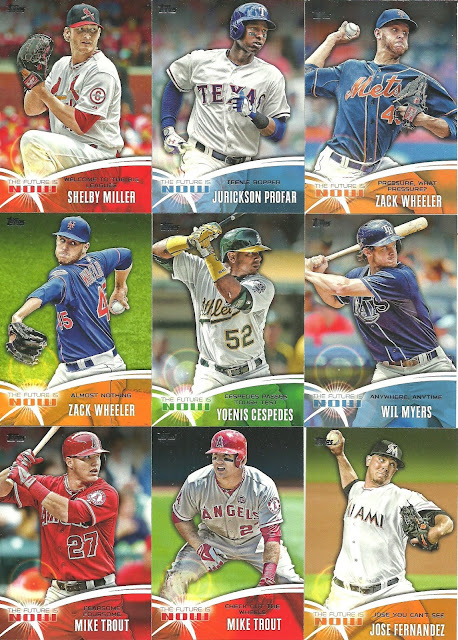 Same with these.. I'm not sure, but I think seeing four or five cards per player in this insert set soured me on it.

As before.. If you see something, let me know.
Posted by Mike Matson at 10:36 AM