Another Sunday, Another Bout of Usual Suspects

It may be Wednesday now, but on Sunday I did another charter where I brought people from the Berry Farms into town to get some shopping done.. As what seems to be a tradition now, I bought a Repack box because aside from Optic, it was Series 1 and 2... 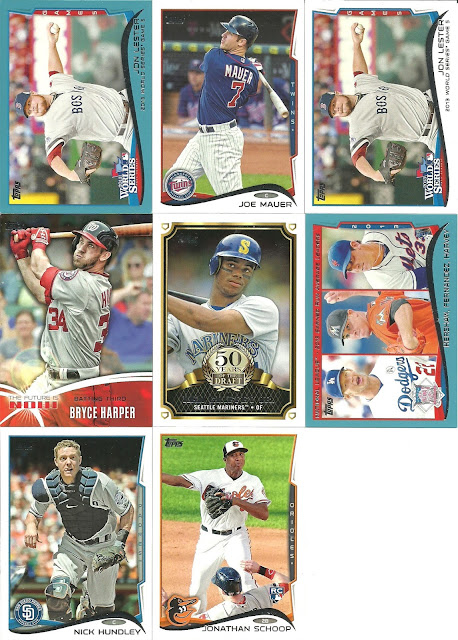 So in one pack of 2014, I got the blue parallel and the base of Jon Lester..
That of course is broken up by Joe Mauer...

We also have inserts I'm not really caring about and Jonathan Schoop.. 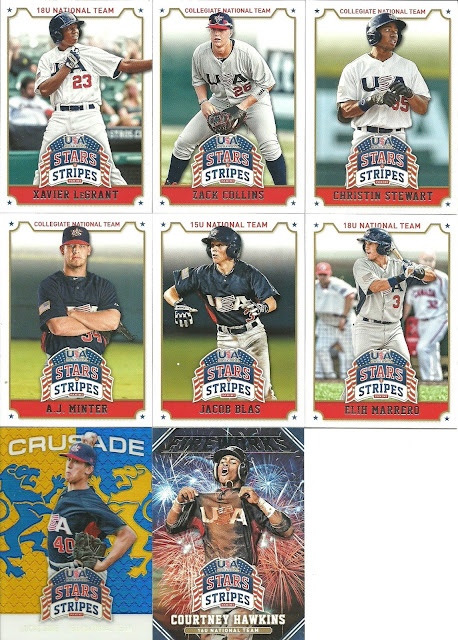 Stars and Stripes in the Great White North... So wrong... So very wrong.. I almost hope that I could find someone wanting to collect these things so they don't meet the same fate as Triple Play.. 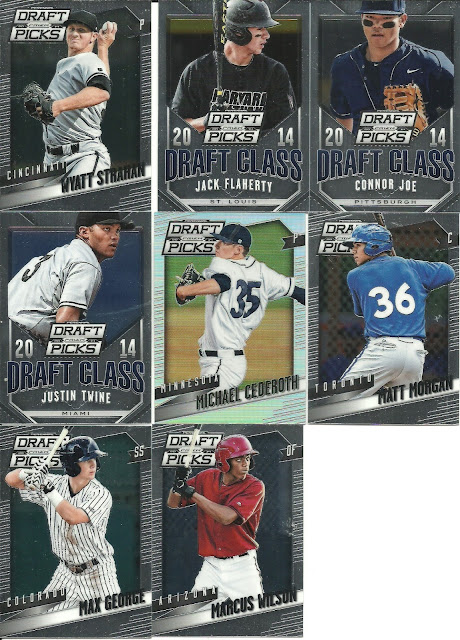 Draft Picks.. What a Surprise!

Actually what is a surprise is there's a Jay hidden in there..
There's been a few times where I've seen Justin Twine's name and thought it was Justin Thyme... I know... Very bad....

Of course there were Babe Ruth Story cards and 2007 Upper Deck.. About the only thing in the UD set was a Gregg Zaun Jays card..

I'm almost tempted to see if I could collect the Babe Ruth and the Draft Picks sets through the repacks.

The only time I'm keeping any of the Triple Play cards anymore is in cases like the Jones or Molitor cards I got previously..

I'm looking at my desk and thinking that I might need to rethink how I did my reorganization.. The traders and keepers are fine.. It's just that I missed cards that I don't have anymore that weren't removed from my trade list... It's almost to the point where I'm thinking about blowing up the trade list and the have list and reentering everything to the Trading Card Database..

Just seems to be a massive undertaking....

And while I'm sitting here thinking about it.. I wonder If any of the firehalls still have the Jays team sets available..