Adventures in Bus Driving and Repacks that Come With It..

Yesterday I had to work.. I brought a group up to a Provincial Park in order for them to canoe further into the park for an Outdoor Bootcamp kind of thing.. 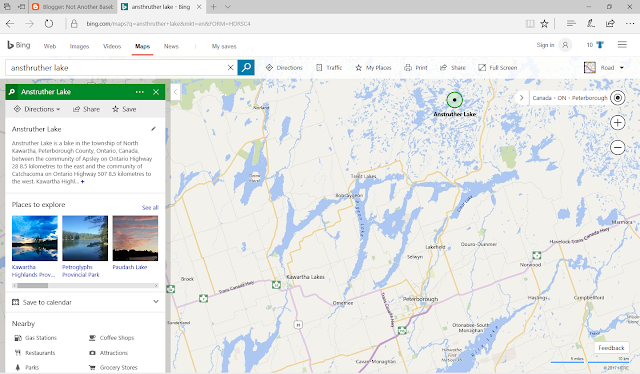 I brought the group from Peterborough up to Anstruther Lake. That is one of the access points for Kawartha Highlands Provincial Park. 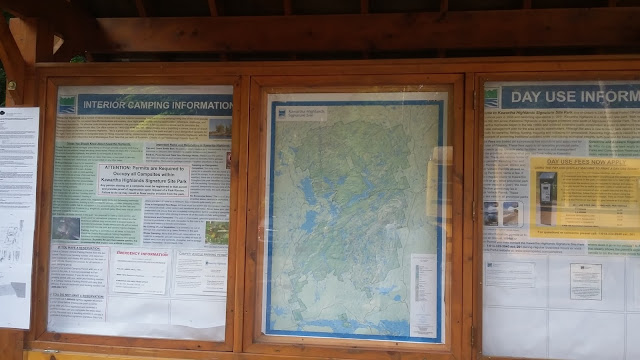 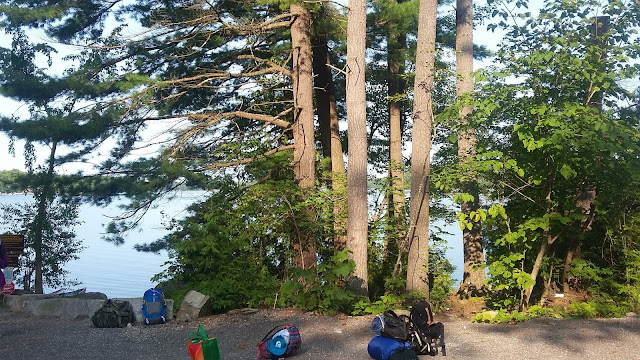 I didn't want to get any of the group in the picture, so I got mainly trees... Where the rocks are is the boat launch. They were on there getting paddling lessons for canoeing.
The parking lot was small, but I had enough room to turn a full sized bus around and get out without issue.

After work I went to the Dollarama across the street while waiting for the bus.. I got two repacks.. Just because I'll show both today because I know I'll either forget or lose interest in showing them otherwise.. lol 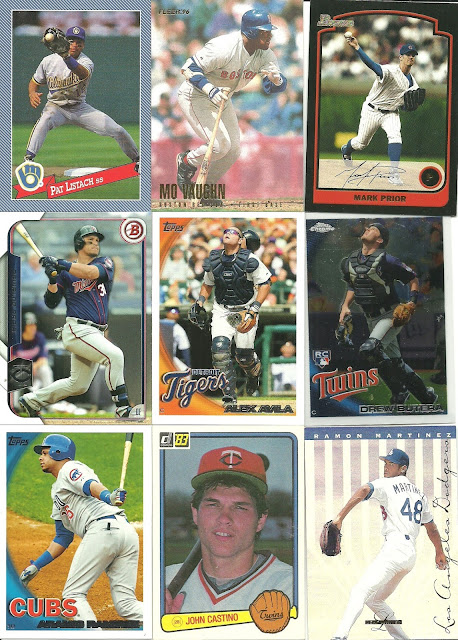 The one thing I like about these Presstine repacks is the variety. Sure, there's invariably 1987 Topps and 1988 Donruss, but there's other things like that Hostess Pat Listach.
That Ramon Martinez is nice too. 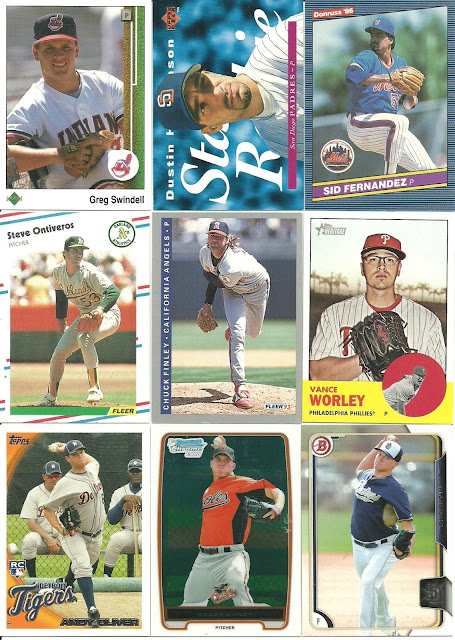 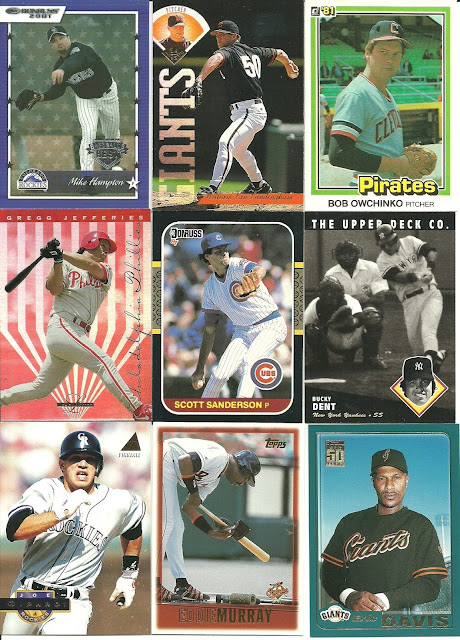 I almost want to send that Bucky Dent to a Red Sox fan for dartboard fodder.. Since I'm not that mean... If a Yankees fan wants it... Let me know.. It doesn't fit my collections..
Eddie Murray back with the Orioles.. Joe Girardi as a Rockie.. 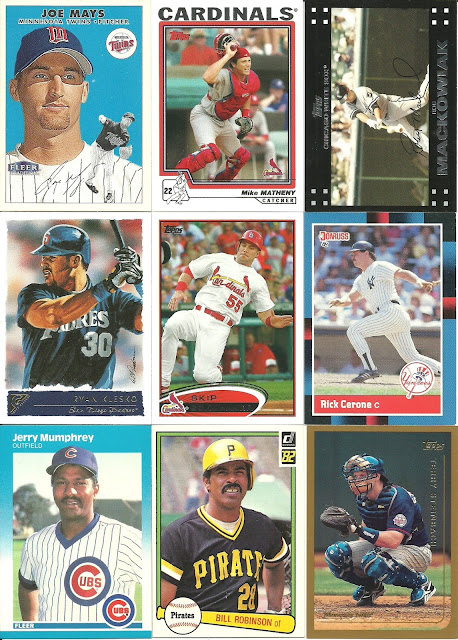 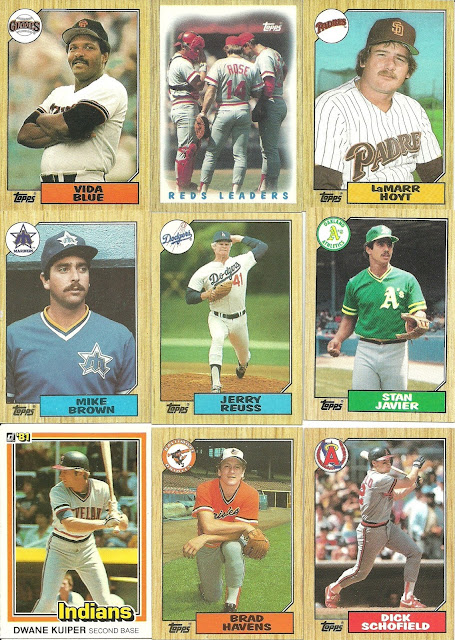 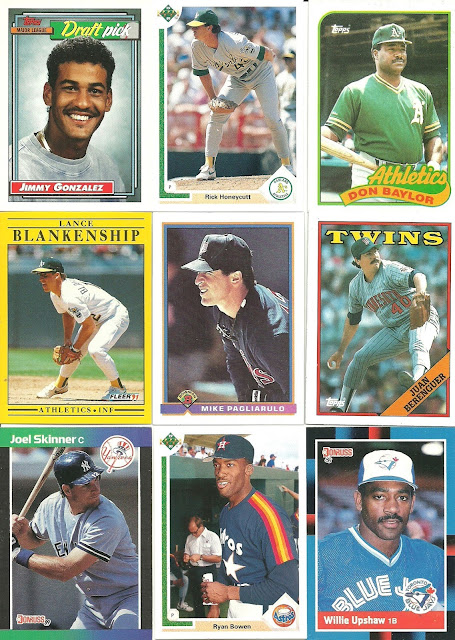 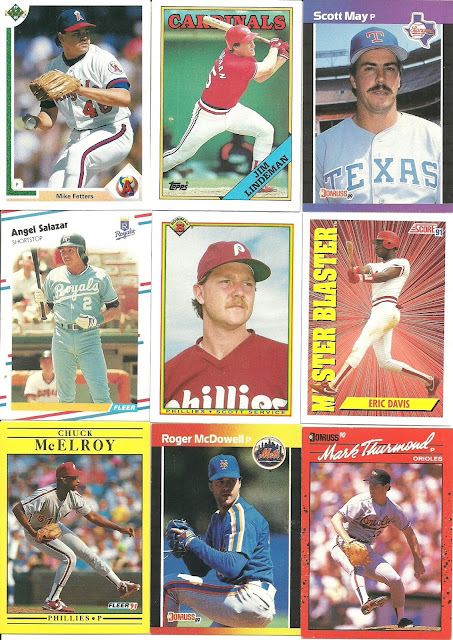 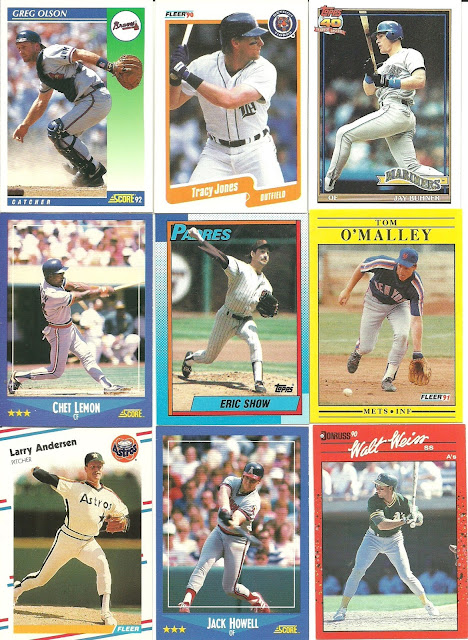 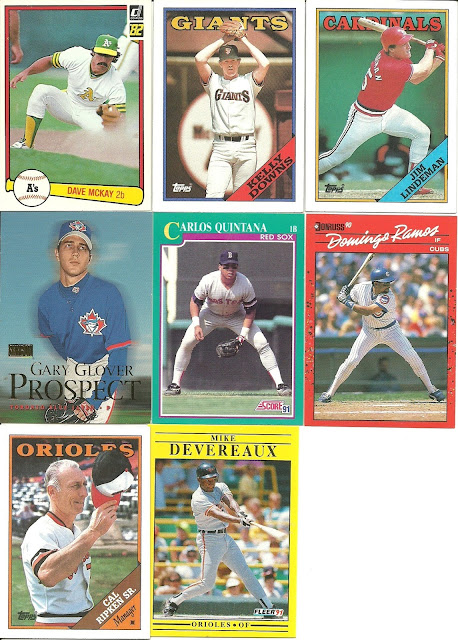 Dave McKay as an A! It's one I needed too..
Gary Glover.. Too bad he wasn't good enough to win any Gold ones.. 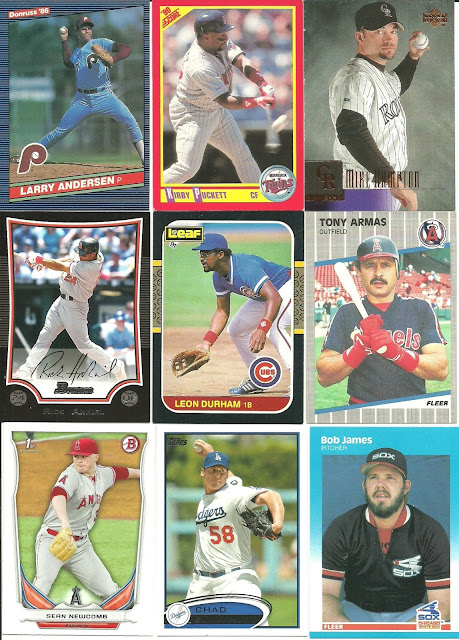 A Leaf Leon Durham..
Really don't have much to say about these, really.. 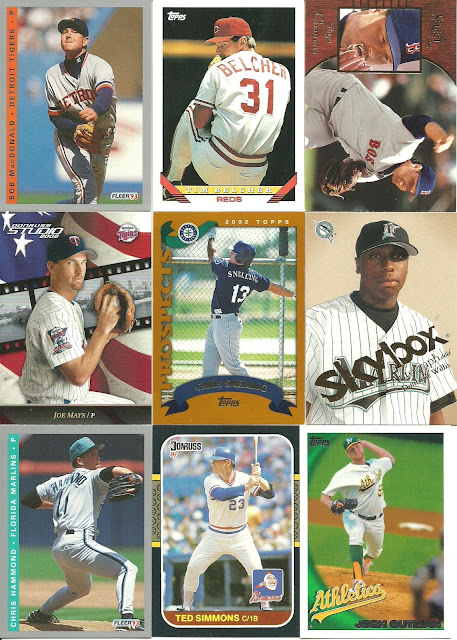 Bob MacDonald was a Blue Jay, then went over to the Tigers. He ended up playing for the Yankees in 1995 and the Mets in 1996.
I don't get why companies would call a set something like "Autographics" and have cards for it without an Autograph.. Yet... Here we are with Skybox and Dontrelle Willis.

I really liked the old Teal Marlins uniforms. I guess if I was going to collect them, it'd be from the start until Loria bought the team.. 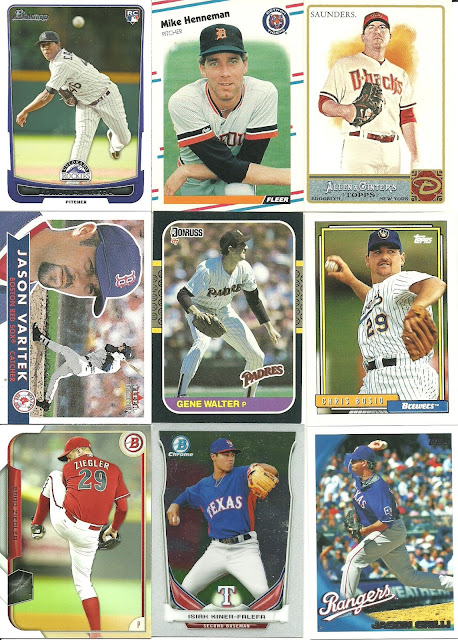 Jason Grilli with the Rangers.. 2017 is round two for him there.
Odd thing I just noticed.. I'll have to look through more of them, but did Fleer colour code the lower line and "Fleer" box in 1988? Or is it a case of they missed the colour for Henneman? 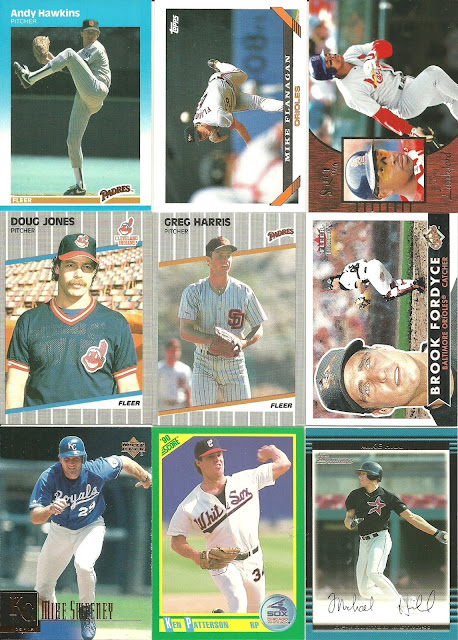 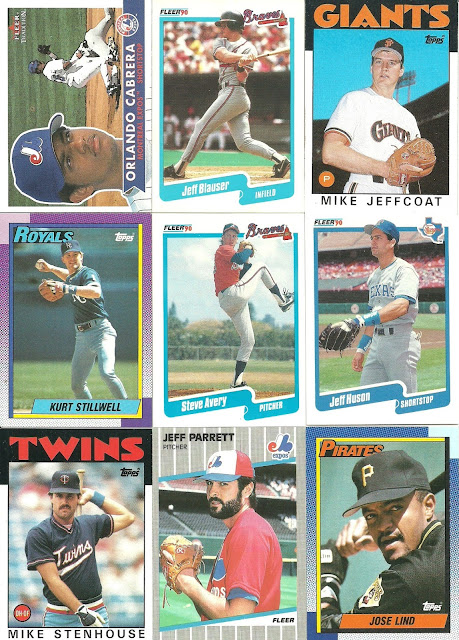 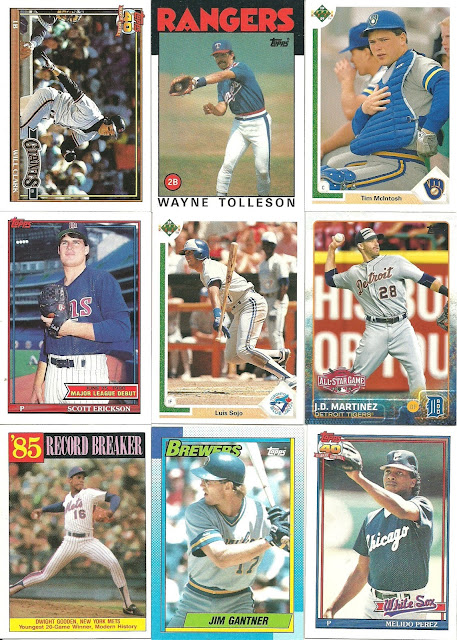 That Scott Erickson Pro Debut card is interesting. The photo was taken in SkyDome. I know that backdrop anywhere...
A bunch of cards that fit in collections, but I need to check if I need them for my collections. 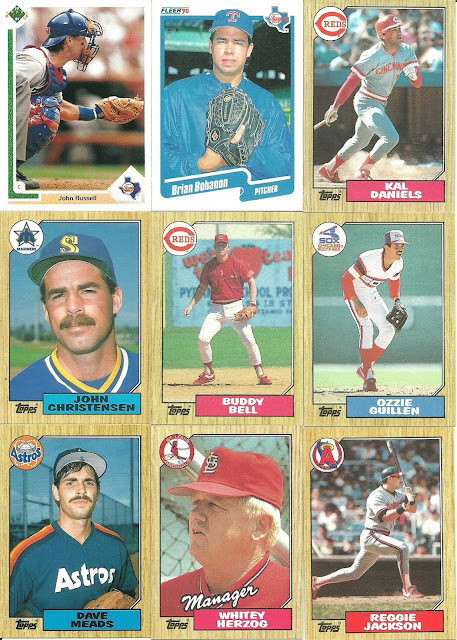 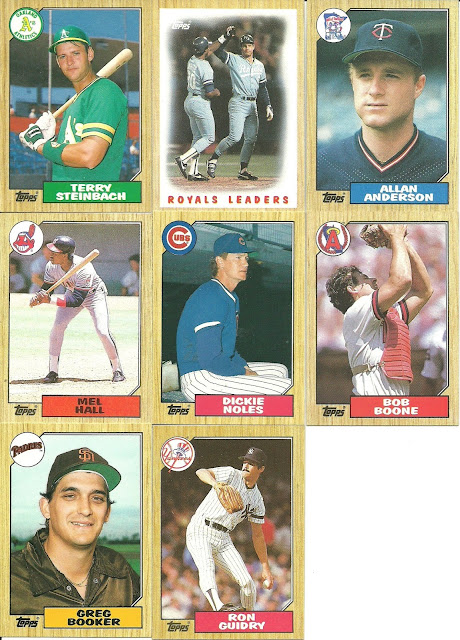 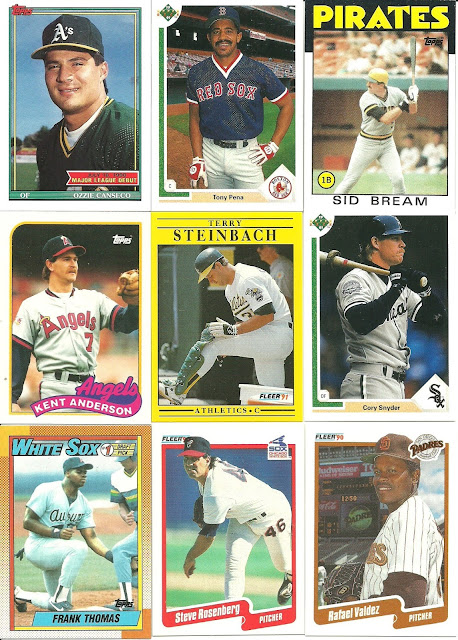 So that was what I got from the Repack.. I don't mind paying $3 for these little nuggets..