Last night I went to the Jays game with a group from work.

It was a fun experience for the most part. 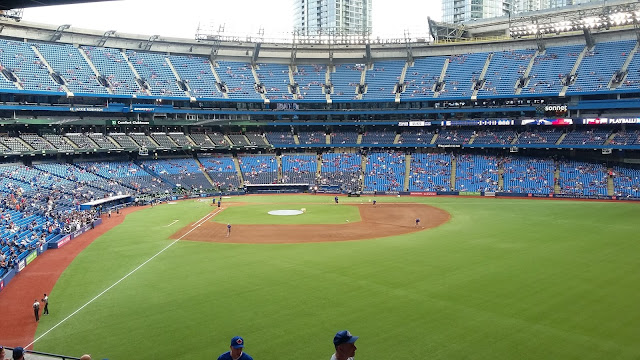 We were in the 200 Level Right Field Side. This was before the game started. The grounds crew were doing final touch-ups on the field after Batting Practice.
I was actually sitting on a folding chair in the Accessible Seating area because I wasn't sure I'd fit in the seats in the section. 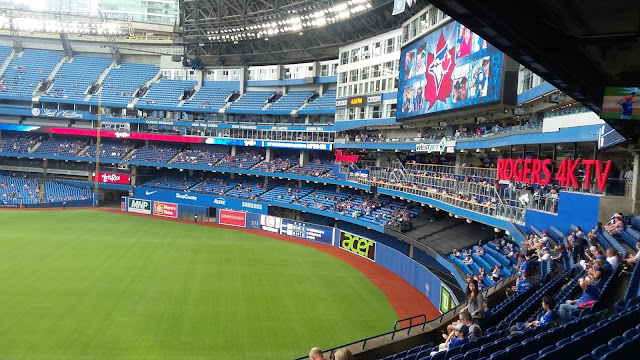 Still before game time. People still filing in. I was trying to get the lineups at this time, but nothing was showing until the game started. 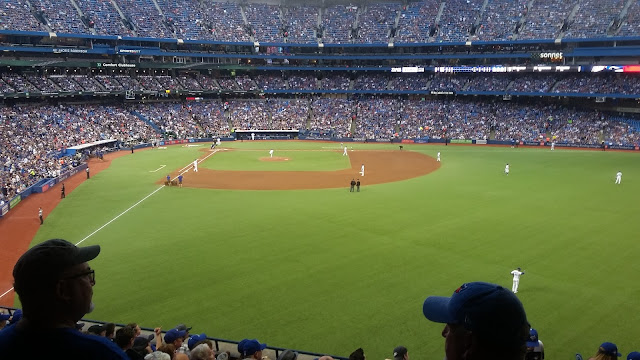 Just after the anthems, Jays taking the field.. You can see the seats have really filled up at this point. There were really only a few sections that I could see that weren't full. Some of the 500 Level near Left Field and the back portion of the left field line seats on the field level. 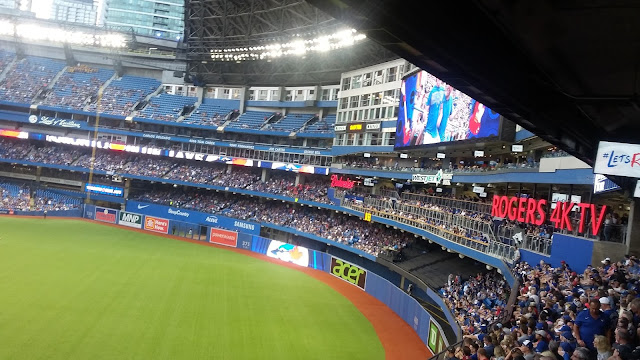 In this one you can see the sections I described above.

You can also see part of the Jays hype tag this year, #LetsRise.

They do some unique things between innings as well.. At one point they had "The Roof Report with Josh Donaldson"
It has Donaldson sitting at a news desk and he points up and says "It's Open" or "It's Closed"
They had a "selfie race through the 6" (I refuse to use whatever they actually use for it) where three fans take a selfie then send it to the team to use in the race. The winner gets more comfortable seating behind home plate.

In the 7th Inning Stretch, a re-working of the song "OK Blue Jays" plays then "Take Me Out to the Ballgame"
Of course, just like the Cubs, they get everyone to replace "home team" with "Blue Jays" 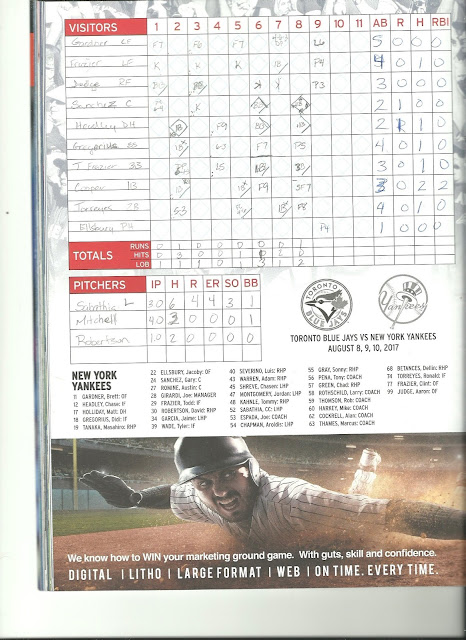 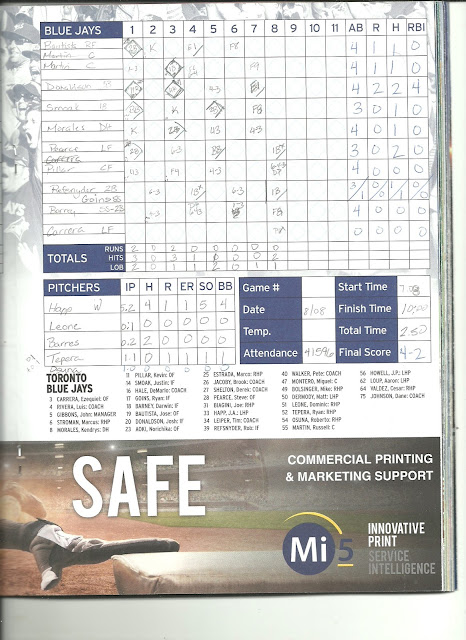 Yes.. I keep score..
They really need to add one or two more boxes for the pitchers..

It was an enjoyable night until dealing with drunk people on the bus on the way home.. 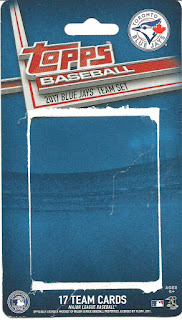 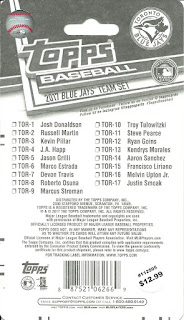 Of course, while I was there I needed to get myself something.. So I got a team set of cards.. 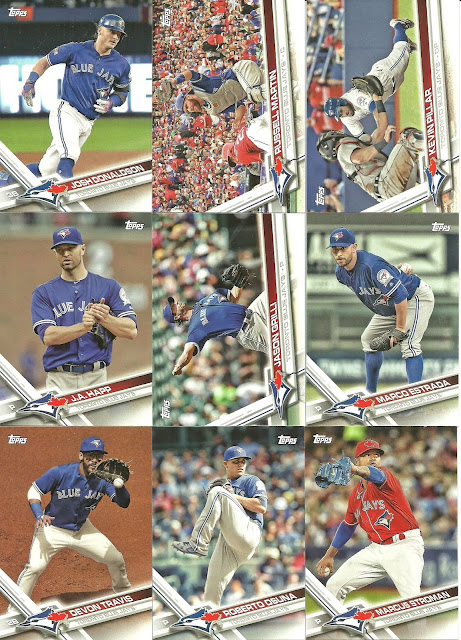 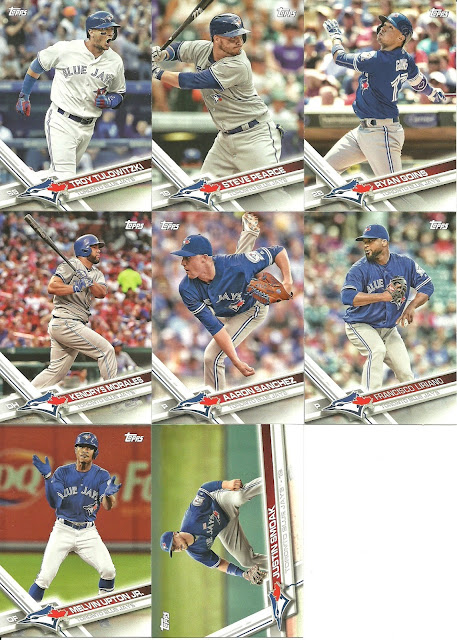