Chris at The Collector and The Pedestrian Writer is doing a trade deal where you ask for certain lots of cards (I took Jays.. Are we surprised??) and he sends you 50.. You send him 50 back.. Win Win!

As mentioned, I asked for the Jays lot.. He figured I would, so it wasn't a giant shock.. lol

I got the package in the mail a couple days ago and included was a note.. In a previous trade, I got a bunch of his Jays cards already, so he threw what he had and added some Expos, hoping I didn't mind..

I don't mind at all! In fact Expos tend to be a little less populated for me.. 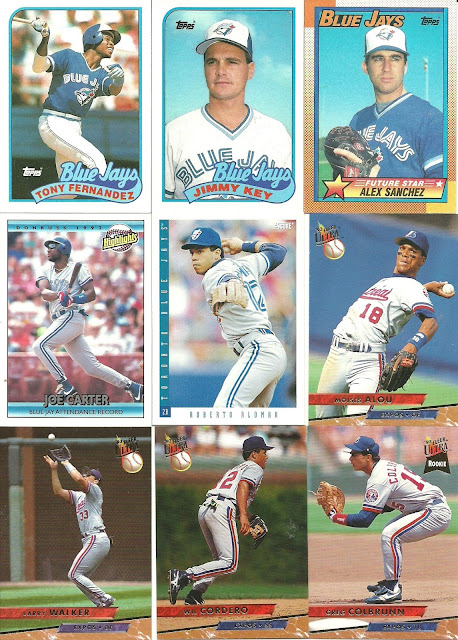 A couple 80s Jays I needed.. In both cases, they were the second copy slated for the team binder.
I think Alex Sanchez was the first one I received.. I think....
As mentioned, there's Expos as well. 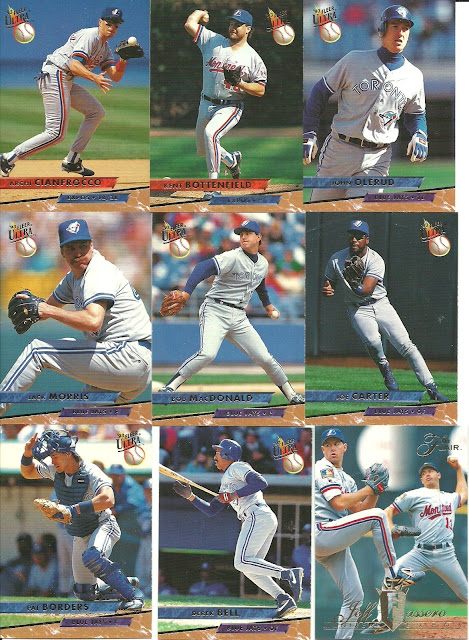 A nice batch of 1993 Ultra here. Fleer Flair was one set I never saw.. Aside from a couple years, baseball cards were scarce in Thunder Bay area. I found Fleer, Score, and Donruss mainly.. A store had the factory sets of Upper Deck for 1992 and 1993 and that was about it.. 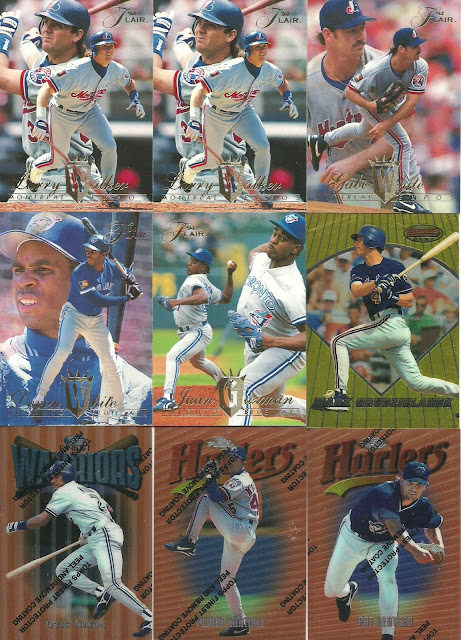 Those Topps Finest are weird..
What makes Otis Nixon a warrior?
I get the Hentgen and Martinez.. They're pitchers.. 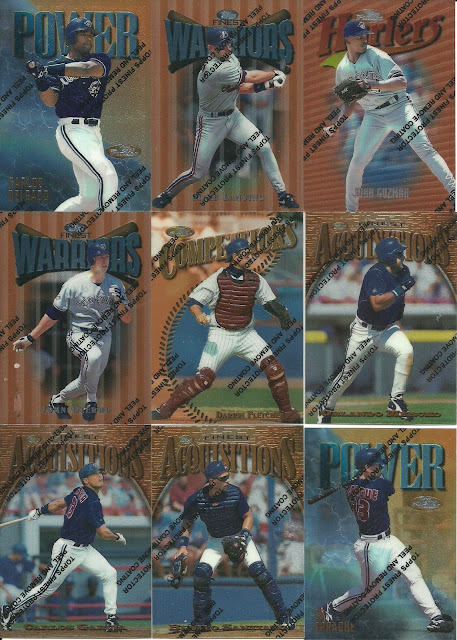 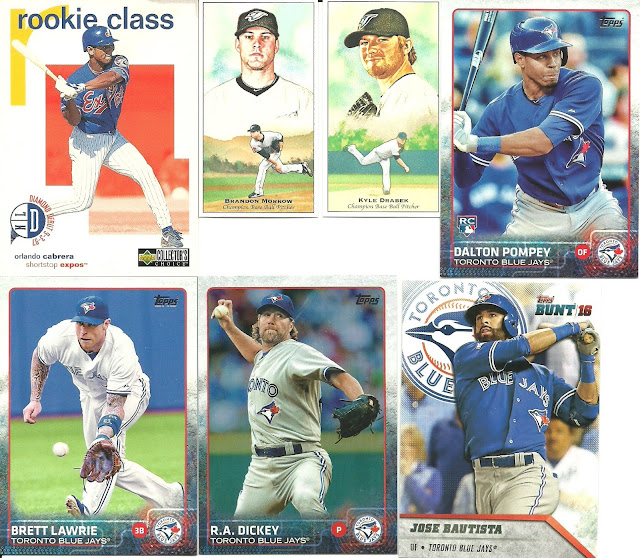 So out of the 50 I got, 43 fit into the collections.. Not bad at all.. Especially for what ends up being a mutually beneficial trade.. I just hope the cards I send back are ones that fill gaps as well.
Posted by Mike Matson at 6:56 PM