So I got home today from work.. I had a charter going to the Berry Farm I've been going to all summer.. Greeting me at the door was a small bubble mailer. I know it's Canadian since it's a Canada Post design.. Addressed to me.. Great!! But the return address was messed to the point of illegibility..

So.. I got cards in the mail today and I don't know who they're from!! 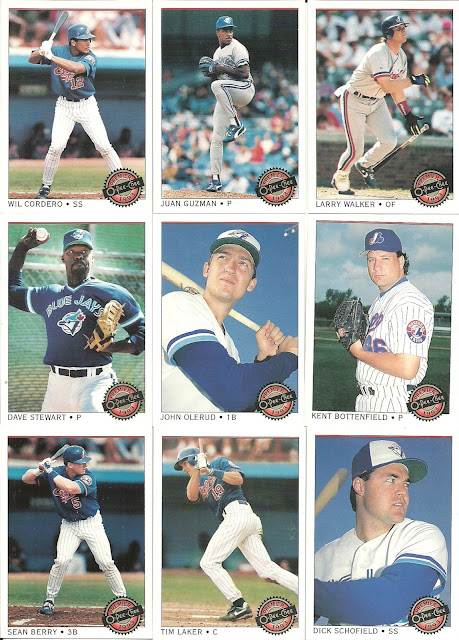 1993 OPC Premier. I never saw these when they were new. Northwestern Ontario was horrible for getting cards.. Nice to knock these off the wants now though.. 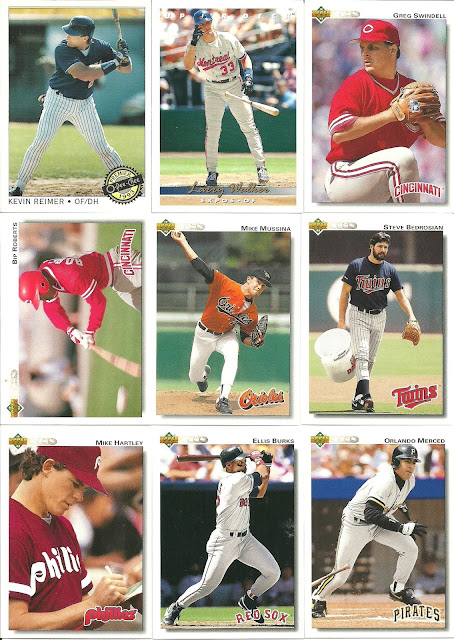 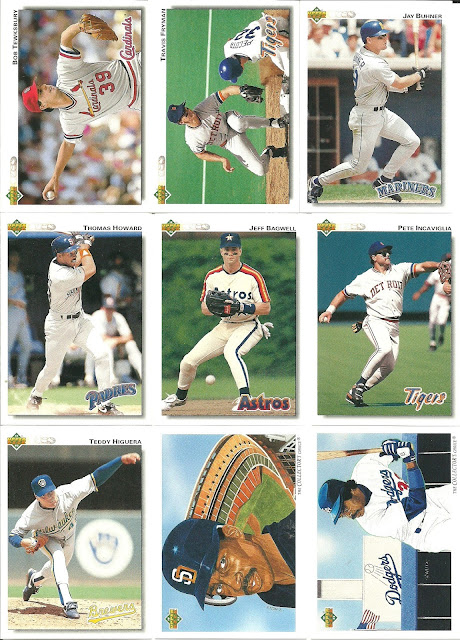 More 1992s. I always liked the checklist cards with the art on the front.
The Incaviglia card could have been taken in one of many parks of the era and you wouldn't know which one.. It could have been Kauffman in KC or SkyDome in Toronto for example.. I think, however, that it's probably KC because of the Fryman card.
Higuera's card is even more difficult.. Assuming it's turf because of the lighter colour, it could be the same options I gave, though I'm leaning more towards the Dome.. 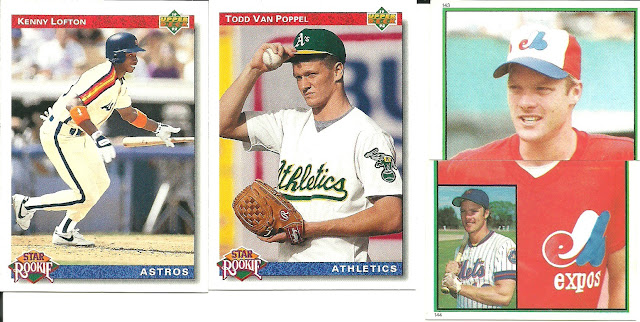 Kenny Lofton with the Astros and Todd Van Poppel. We also have an O Pee Chee two panel sticker. It's Joel Youngblood, likely making reference to the Two Games for Two Teams in Two Cities in One Day feat he pulled off.. 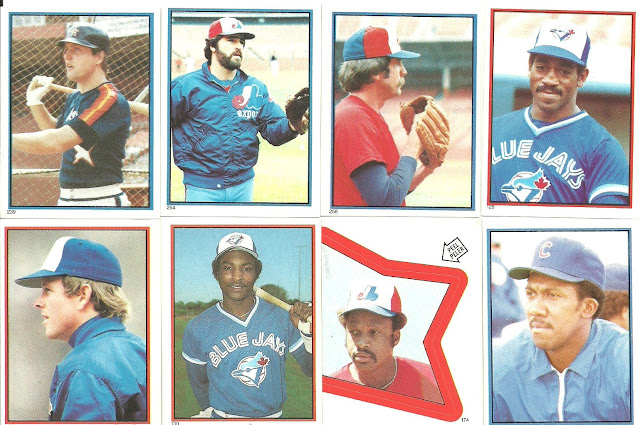 So.. I wanted to thank whoever sent this off to me.. Much appreciated! If it was you, let me know in the comment section so I can give credit accordingly.
Posted by Mike Matson at 12:14 PM