Another week of driving is in the books and I have some stuff to go over that I haven't had the energy to write about before today..

But first.. I haven't done anything about charters lately.. Not because I haven't had (there was one day I had three) but because it's been mainly driving from one school to another. However, yesterday was interesting in that, as I was getting ready to do a check on my bus in the rain.. (Oh yeah.. I think I passed someone building an ark somewhere near Warsaw, Ontario) there was this sight in the middle of the bus yard: 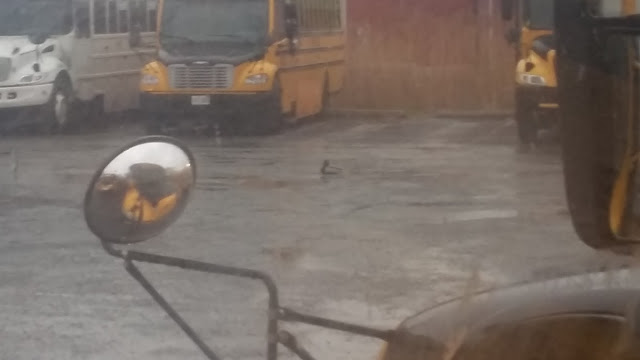 I took this picture from inside my bus, so it might be tough to tell. That's a duck lounging in a pot hole in our bus yard. Completely unaffected by the buses or the people. 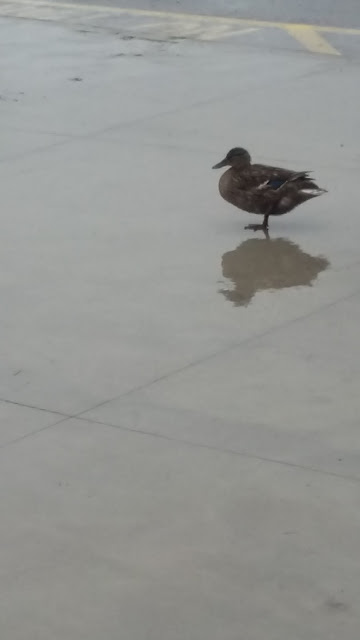 And around lunch I saw this little guy (girl?) at a shopping plaza I went to for lunch and to catch the bus to an appointment downtown. 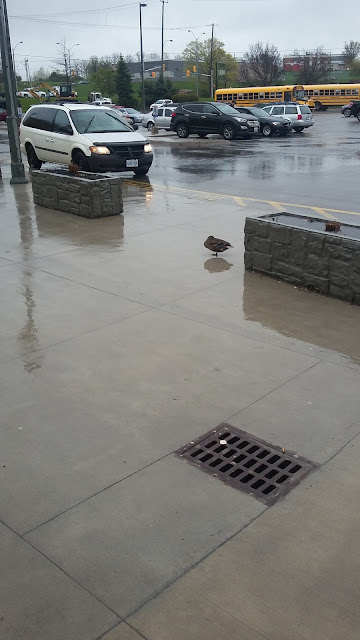 Here it had its beak buried into the plumage on its back and a leg lifted up under its body. In the background you can see my bus and another driver's bus as well. 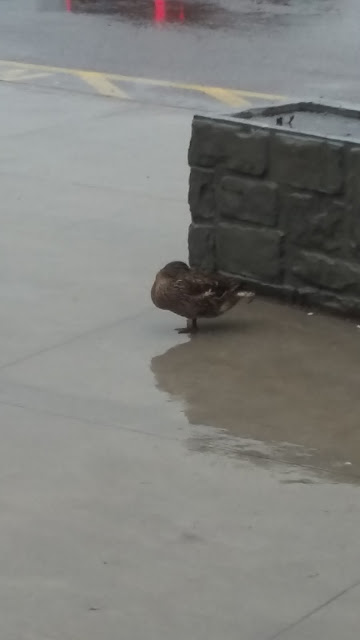 A closer look at what I described, though I think in this one it had both feet on the ground.

Anyway, away from Animal Planet and to the Collectables Road Show.

First was a trade with TCDB member The_Sandlot. We actually did this one in March and finished in April because of a mixup where I sent cards to the wrong people. 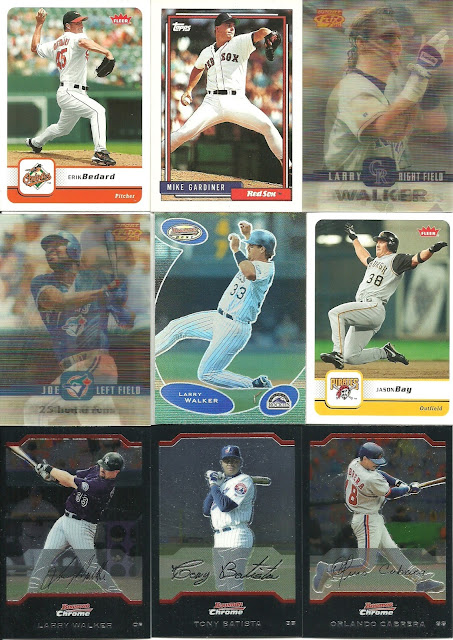 Canadians, Jays, and Expos.. This is the theme as normal.
Look! A Jason Bay card! It was actually unintentional for me to have the Bay and Walker cards side by side like that.. Though it does make it look interesting.
The Bowman Chrome cards are nice, though I think they look better in hand than on the scan. 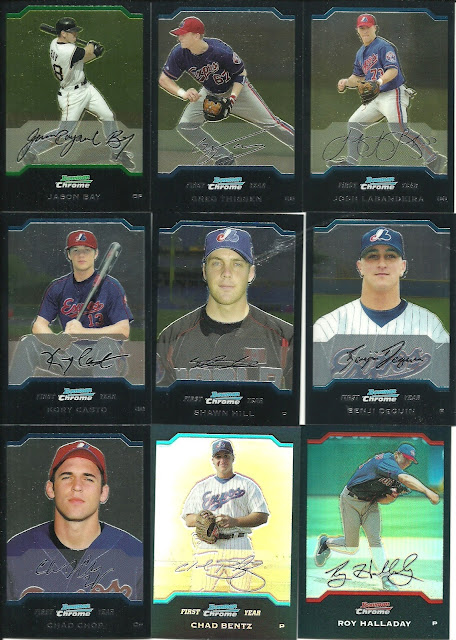 By 2004 the Expos were a group of young guys who didn't really have name value and a bunch of guys in the minors who never really did much. Though really by 2006 Montreal didn't exist anymore, so... 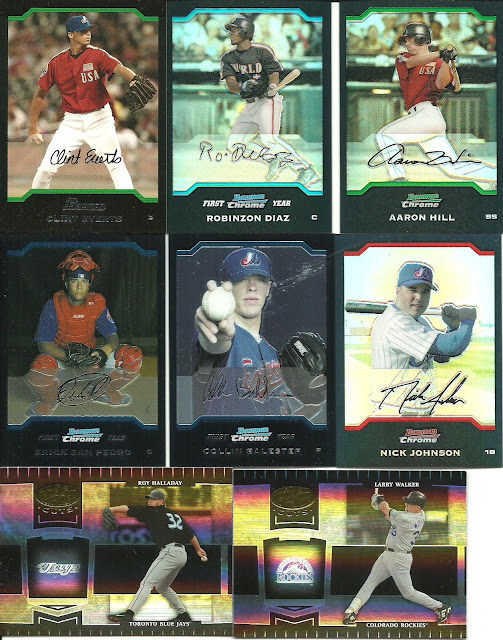 There are some Jays in this one: Robinzon Diaz and Aaron Hill. Again though, it's mainly Expos.
I like how those Leaf Certified Cuts cards scanned. 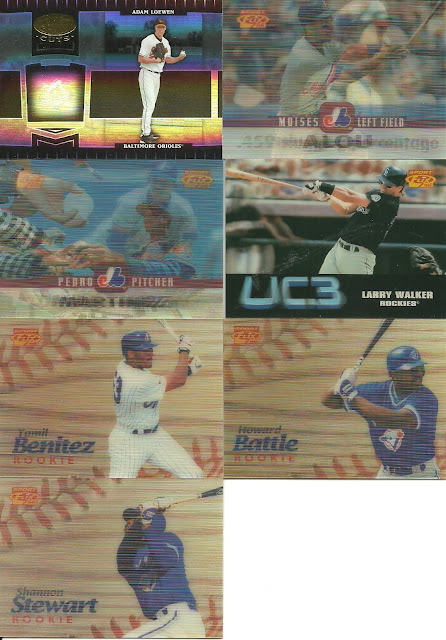 More horizontal cards and a bunch of them being Sportflix.

The other trade I want to cover is one that is more local.
I was contacted by CrazieJoe to get in touch with a fellow blogger and Canadian named Trevor who writes the blog Supporting the Minnow.
In conversing with him, I found out he lives in a town not too far from me and works here in Peterborough, in the same place my ex wife works.

So, with my ex as the go-between, we worked out a trade and had her deliver to each other. 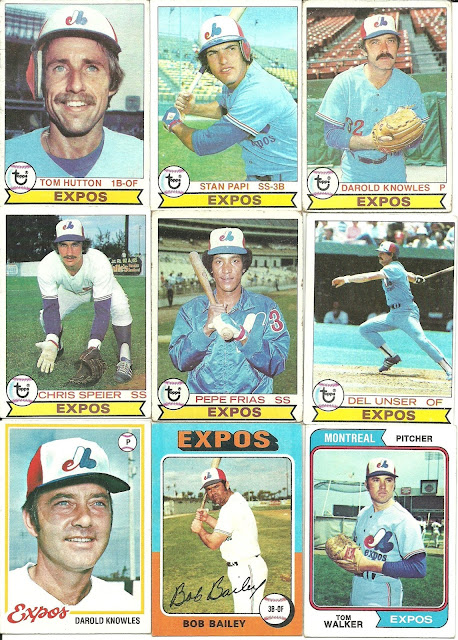 I got mainly Expos from him, since I'm missing Expos more than Jays from the early years.
We have some 1979 Expos I needed, a 1975 Bob Bailey, a 1974 Tom Walker, and a second 1978 Darold Knowles. I needed a second since I'm looking to put the set together. 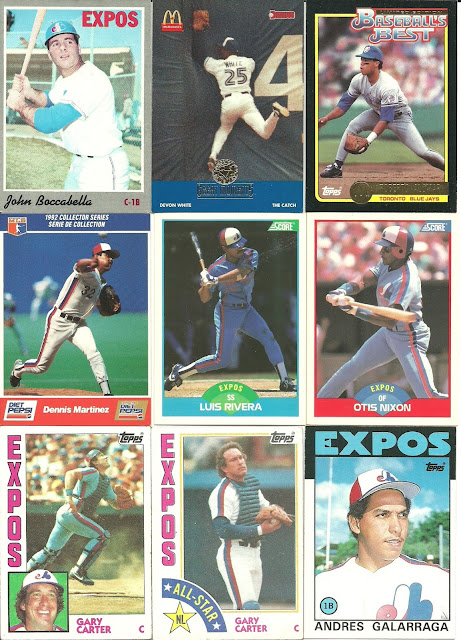 1970 John Boccabella. A couple Jays I did need.. For the longest time, I thought I had that 1993 Donruss Jays card, but I didn't have that one.. I have it now. The Baseball's Best Alomar is new to me, though I have a Derek Bell from the same set.
The Carters I have in OPC form, but needed them in Topps form. And these are certainly in... Ahem... Topps form.. 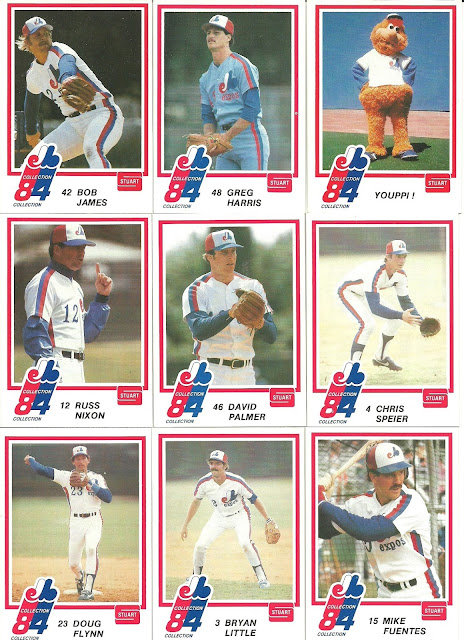 1984 Stuart Bakery cards.. I had one of these already and when I saw he had a bunch of them for trade, I jumped at getting some of them. 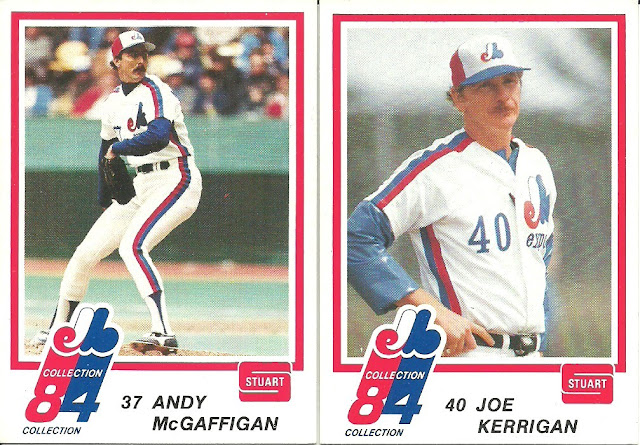 Two more of them. 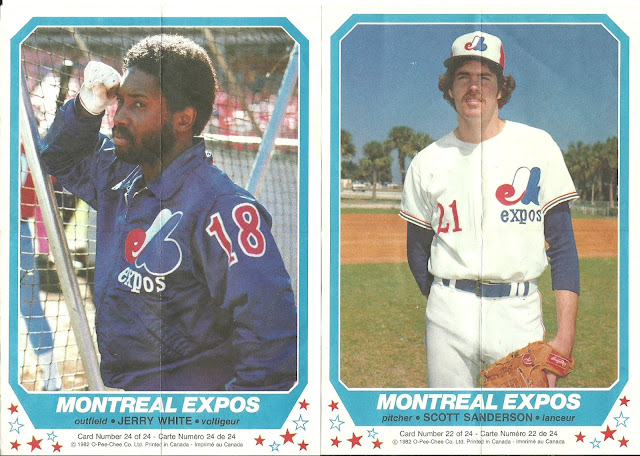 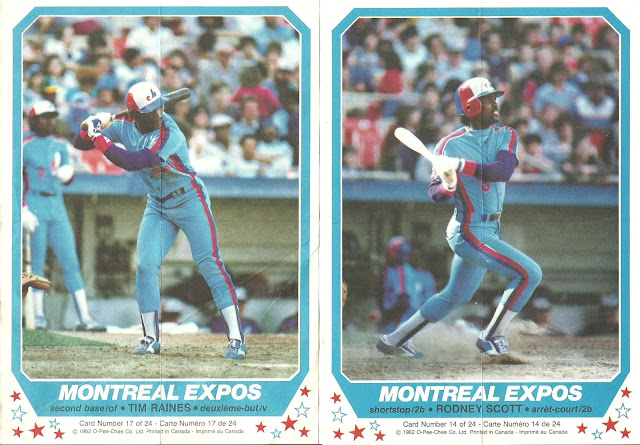 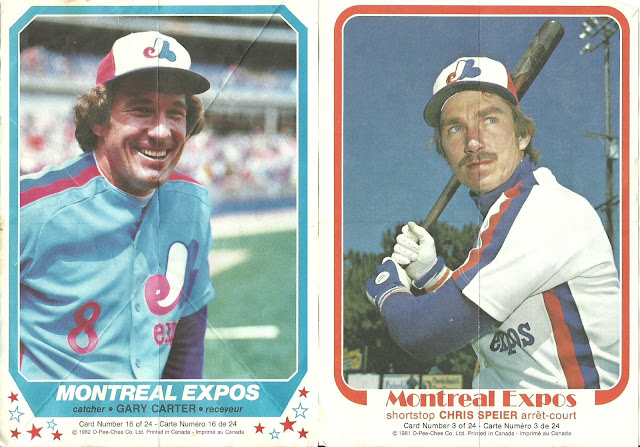 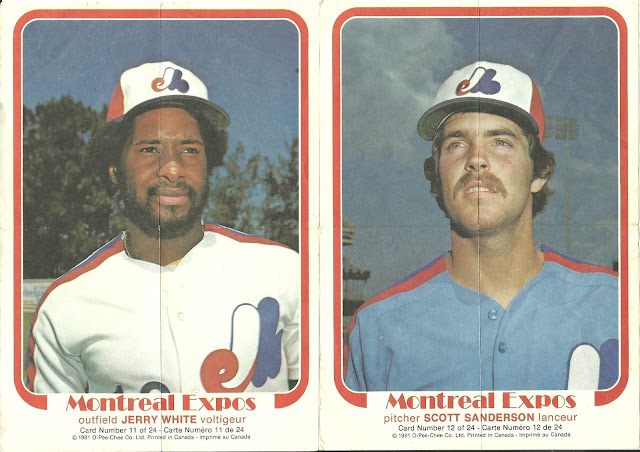 He also had a few of the 1981 and 1982 O Pee Chee posters available, so I had to pick them up as well. All Expos, though, so I still need to find the Jays and the others missed.

Thank you again Trevor for the trade! I hope we're able to make more in the future.