Yesterday I showed off some 1992 OPC Premier I received in a surprise package.
One thing I talked about was the photography being... Interesting..

Today I'm going to show some 1991 OPC Premier as a comparison. 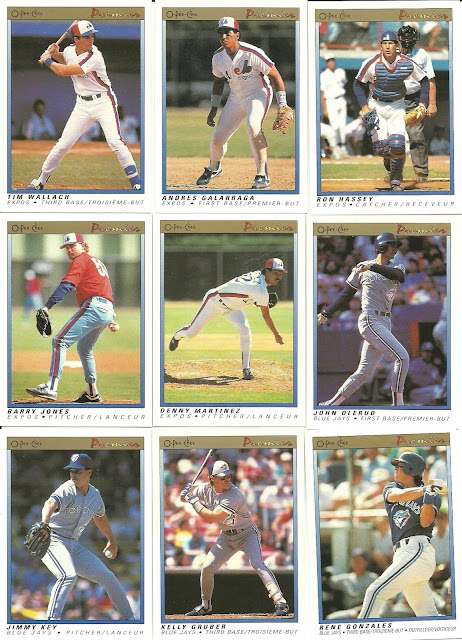 All of these will be Jays and Expos.
Ron Hassey is shown here at the end of his career. He ended up catching a Perfect Game in 1991, becoming the first catcher to catch one in each league. 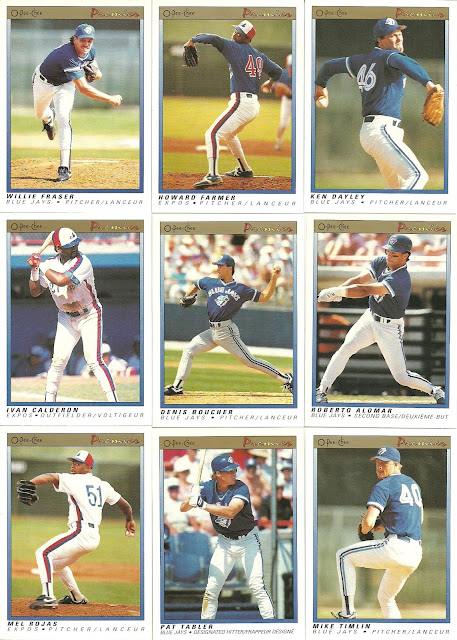 More Jays and Expos.
I need a second Denis Boucher for my Canadians binder. 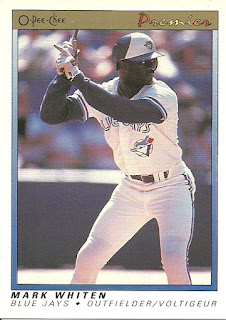 In general, the photography in the 1991 Premier is much better than it is in the 1992 version. I don't know what happened. It's almost like they hired chimpanzees to take photos.

For my collection purposes, I need two cards...