Working on Catching Up

Another post trying to get caught up on stuff I received.

I have a bunch of stuff I need to send out, but I don't have the funds to do so right now..

First is a couple cards from Chris from The Collector.

I originally mentioned I wanted the Fernandez auto. I received the two Draft Picks extra..
Chris, I have your card packaged and just need the money to send it. Most likely be on the 9th.

He had some 2018 flagship that he was trying to get rid of and, knowing I collect Jays, had a few for me. 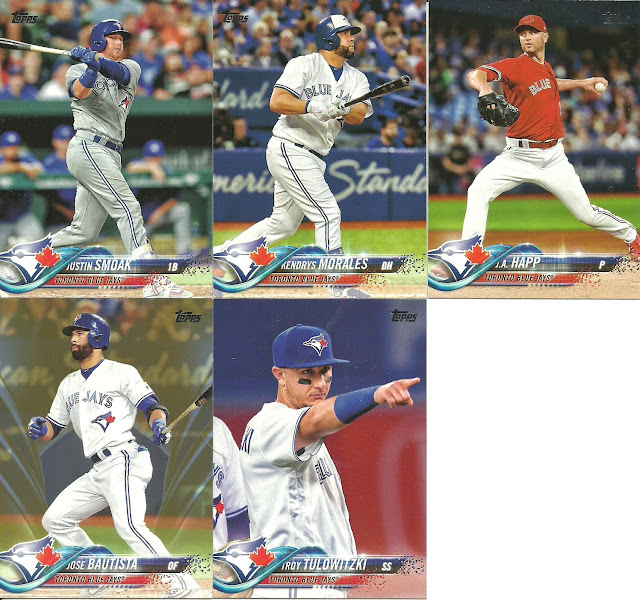 The Bautista is a Gold Parallel..

As an aside... TOPPS.... This is why parallels don't work without borders!! I couldn't tell this was a Gold Parallel until I scanned it... Either lose the colour parallels or bring back borders!

The other thing about the Bautista...
It looks a bit like the James Bond thing going on..

I had made a trade with Curtis from First Row Collectibles. There was a miscommunication where a card I wanted was missed..

Curtis made it right though.. 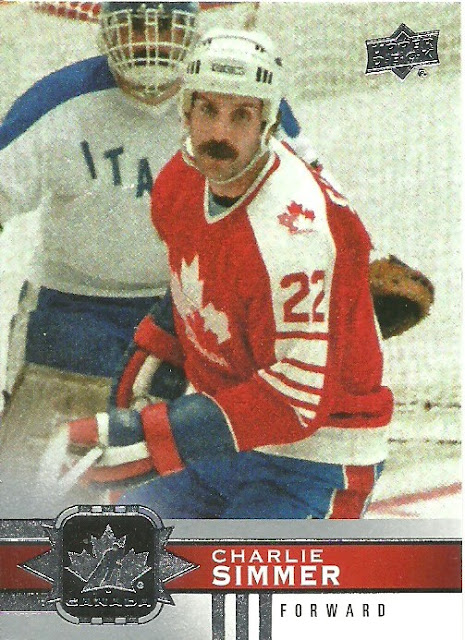 Charlie Simmer.. Another one for the collection..

Anyway, I hope to get things figured out soon..