The Katz Out of the Bag

I really should find out if Shane minds if I make these puns before I continue with them.

Anyway, more from the Katz Box.. This time, from the Dark Ages for most collectors: the 1990s.

For whatever reason, from 1994-1999 seems to be a weird time for cards. Flooded market with companies making multiple sets and the start of the parallel sickness that seems to have infected Topps.. That coupled with either life getting in the way for most people, or just losing interest in the product the cards represented... It just seems the 1990s are a weird and under-represented time in the hobby..

Anyway, enough rambling.. Onto the cards!! 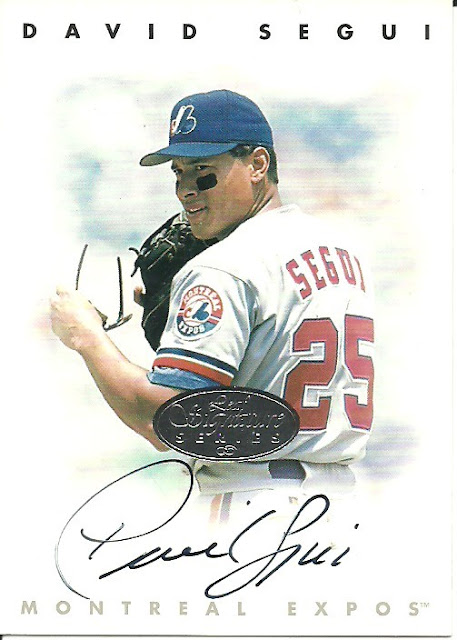 First: I forgot to put this one into the pile I worked on adding to the Database.. I found this while separating cards for the next post.

David Segui in probably one of the first all autographed sets. Or at least, a parallel, since the base was signatureless.
I have a couple from this set already and I really like them. 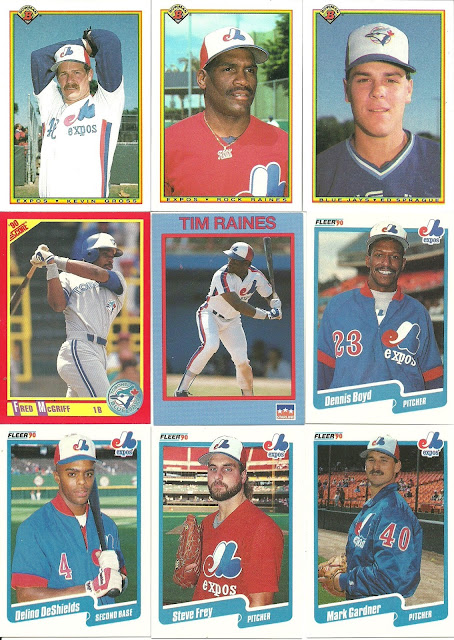 1990. Probably one of the years people love to forget when it comes to card design. You either have the yawn inducing Fleer, the classic but plain Bowman, the solid coloured Score, and the.. Idon't even know what to call it.. Rainbow Barf?? of Topps from 1990..

Anyway, those Fleer are all from the Update set, and are sliding into the team binders. That Raines in the middle is the Starline Long John Silver card. Apparently, there is a second Raines in the set. 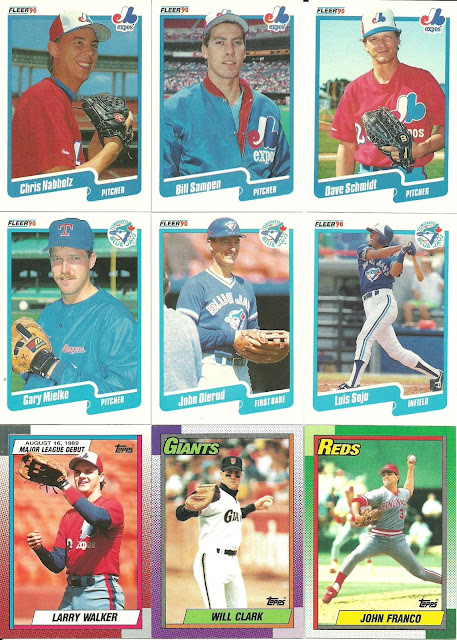 The Gary Mielke is, I believe, an Uncorrected Error, as he never was part of the Jays organization.
Major League Debut Larry Walker again. This one is, I believe, the third one I needed. 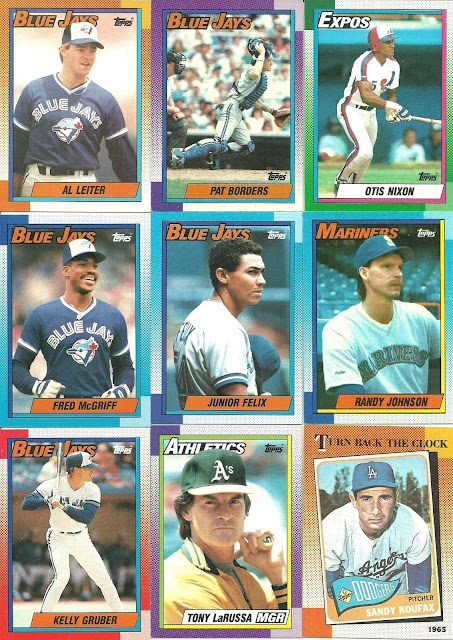 Some 1990s that are and aren't for the set. LaRussa looks particularly intent on something. 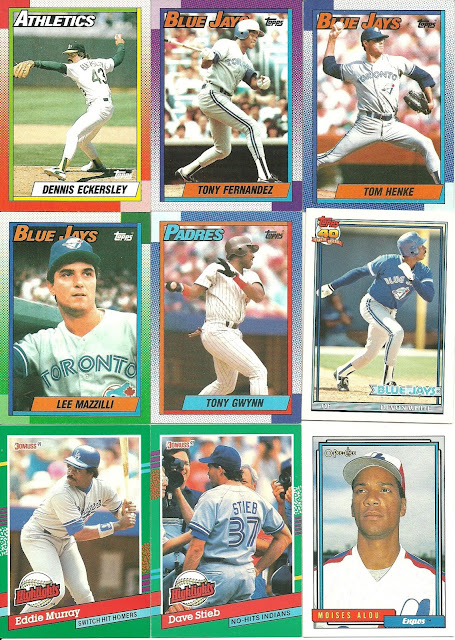 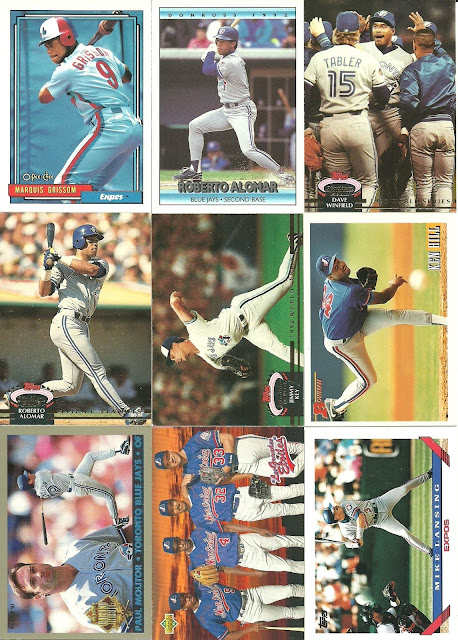 Some of the early Stadium Club is tough to figure out.
Those ones with the 1992 design are from the 1993 Stadium Club Murphy set. 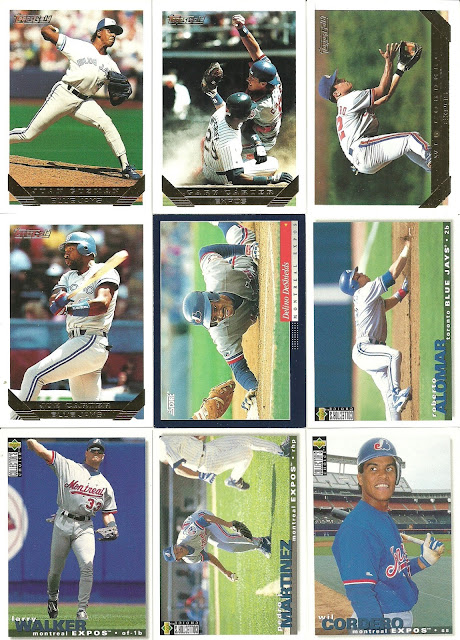 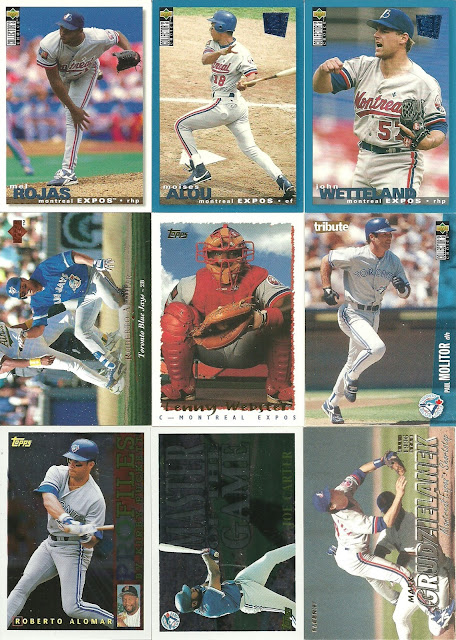 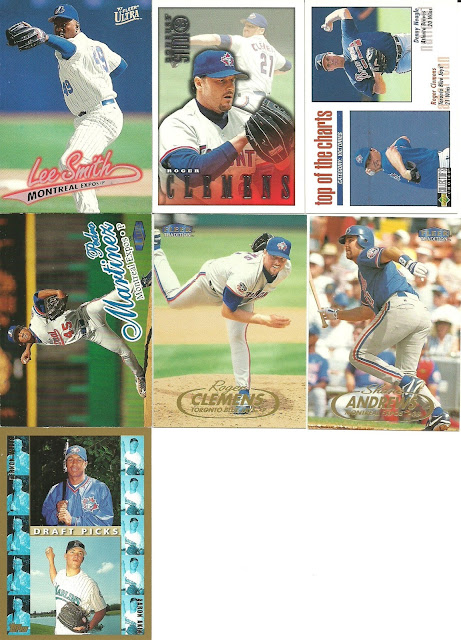 I really liked the Studio cards from the early sets. The 1998 set is starting to go towards a more conventional design, though it still doesn't have stats.
I forgot that Lee Smith pitched for the Expos.

The next post I do will show the cards from 2000-2010 I received. I'm really enjoying getting these cards catalogued and scanned in.. Now I just need to have the same energy and enjoyment for sorting my collection again to add dupes to the piles and ensure things go where they're supposed to..