I received a package from everyone's favourite Night Owl last week.
Opened it up and it had a little note "Happy Spring/Start of Baseball Season! Enjoy!"

Of course, being Night Owl, there were cards.. Glorious cards.. 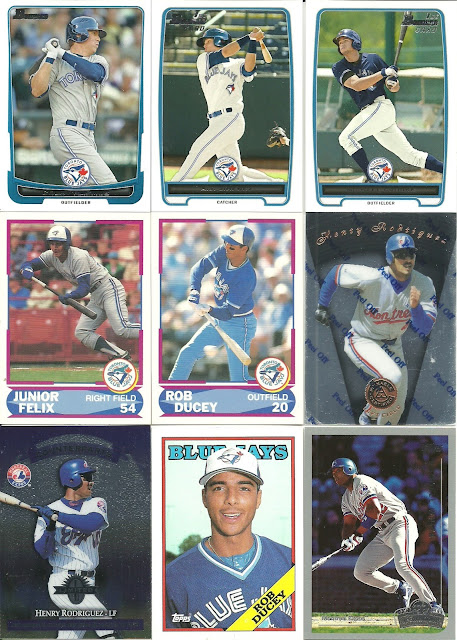 Bowman will almost always be an automatic need, since I basically ignored Bowman due to the number of parallels.
The Score Young Superstars cards were nice to get since I needed these for the Jays Binder. I have them in the sets already.
Oh Henry! Some shiny ones too.. Pinnacle going all Topps Finest here. Same with Donruss, actually. 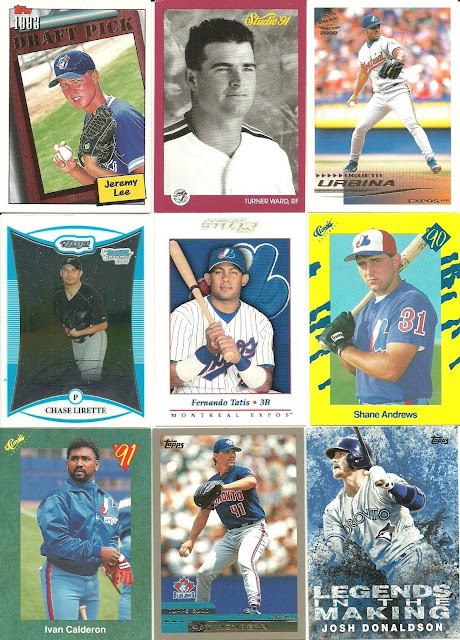 Jeremy Lee was drafted by the Jays in 1993 at 18. He was done baseball by 1998.
Turner Ward is a Jays card in disguise. He's in an Indians uniform, but had been acquired by Toronto.
I find it funny that people don't feel the 1990 Classic is as retina searing as the 1991 Fleer set is. Though it's almost a 1991 Fleer/1990 Donruss hybrid.
The Donaldson in the corner is a parallel.. Thank you for mentioning that on the penny sleeve. I likely wouldn't have known. 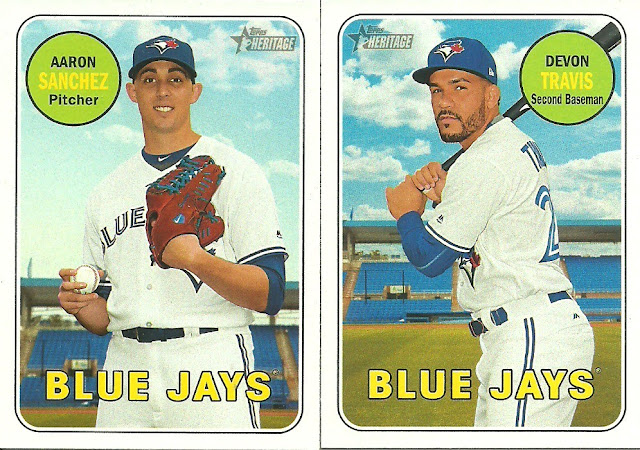 Finally, some Heritage Jays. Both these guys were walking injuries last year.. Hoping this year turns out differently for them. Sanchez can definitely help the rotation.

Thank you Night Owl!!
Posted by Mike Matson at 4:44 PM