Well, starting tomorrow I'll be working a lot more. Doing evening runs as well, so by time I get home will likely be 9:30. I don't know how often I'll be writing once this starts..

I received a random email from Angus of Dawg Day Cards recently asking if my address was the same as what he had. I confirmed it was. He replied to keep an eye on my mailbox.

Well.. What came was a bounty of surprises. 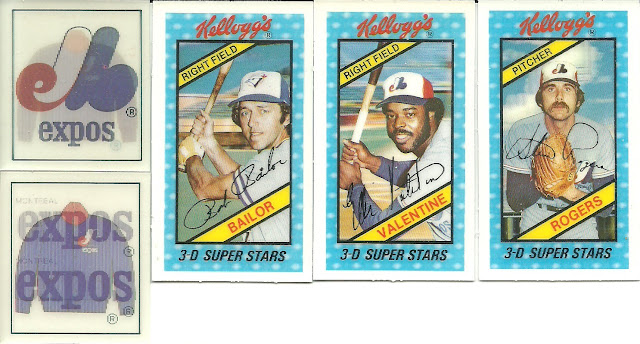 3D cards from Kelloggs and Sportflics.
Those Kelloggs cards are wonderful. I didn't see these as a kid. Mainly because when these particular ones were released, I was 2 or 3.. But these are amazing.
The small Sportflics ones are annoying to find on the Trading Card Database. 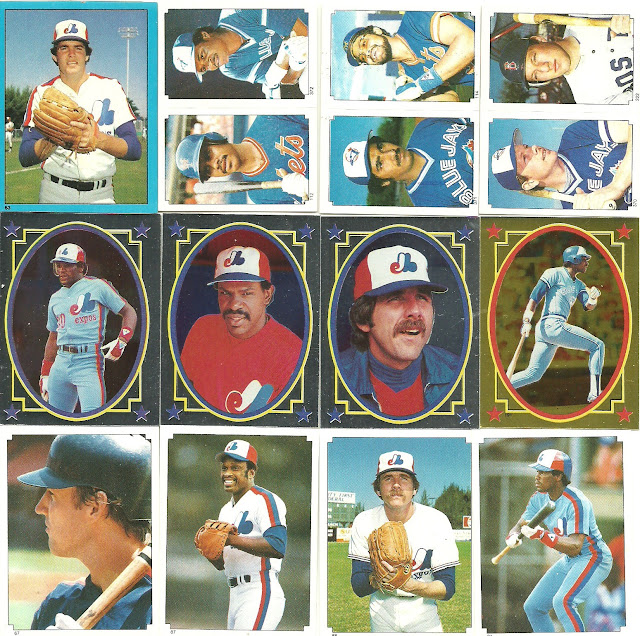 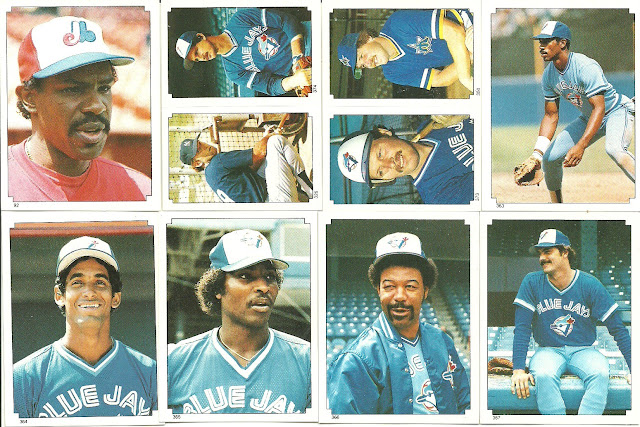 Stickers from OPC!
More weird and wonderful here.. Seeing these actually make me want to find the sticker album.
They also remind me of the NHL sticker albums Esso used to put out as an incentive to buy their gas. 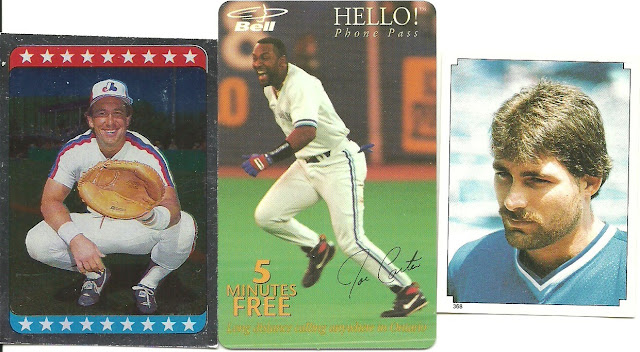 A couple final stickers and another oddball here.
A 5 minute time card from Bell Canada.
I'm sure many readers would have seen something similar in the 1990s. On the back is a 1800 number you call and then enter the PIN then the number you want to call..
But on the front is Joe Carter.. 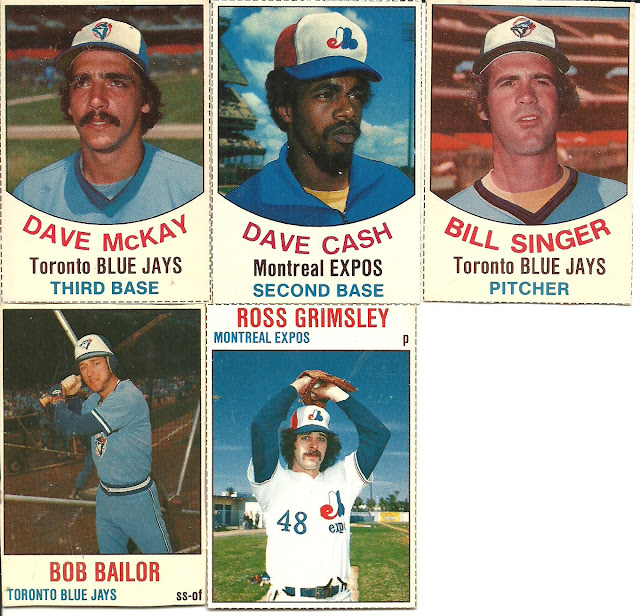 Hostess cards.
I need to get another Dave McKay for my Canadians binder, but these are cool as well.
I was really happy to see these.

More cereal cards.. Those Team Cards are from 1983 Sugar Crisp.
Again, I hadn't seen these before. But they're interesting. Wider than a standard card, so they're going into my oddballs box. 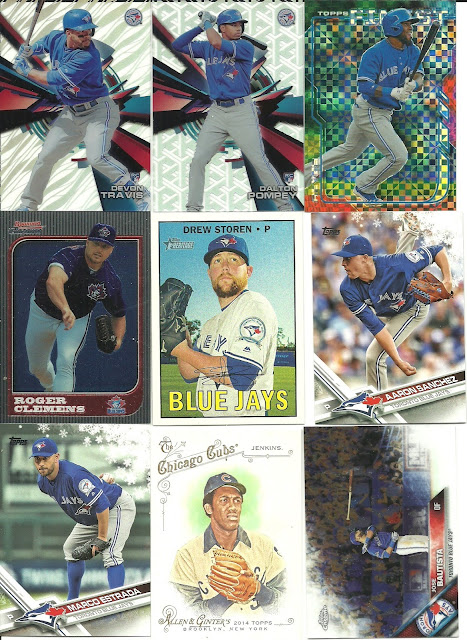 Some more recent cards here, with some Hi Tek, Finest, and other gimmick cards.
A Fergie Jenkins card is always nice to get, as is the Bat Flip. This time, in Chrome. 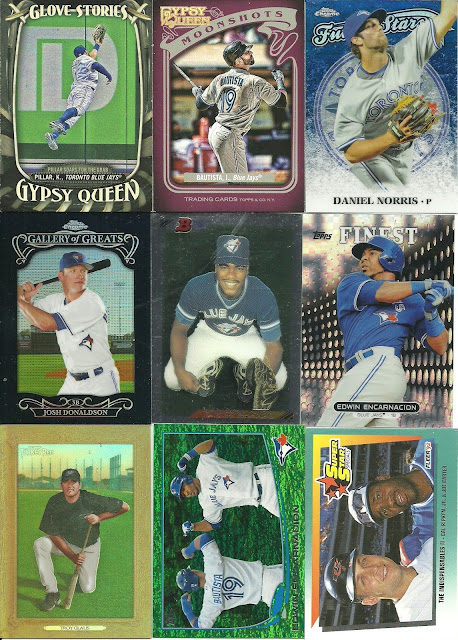 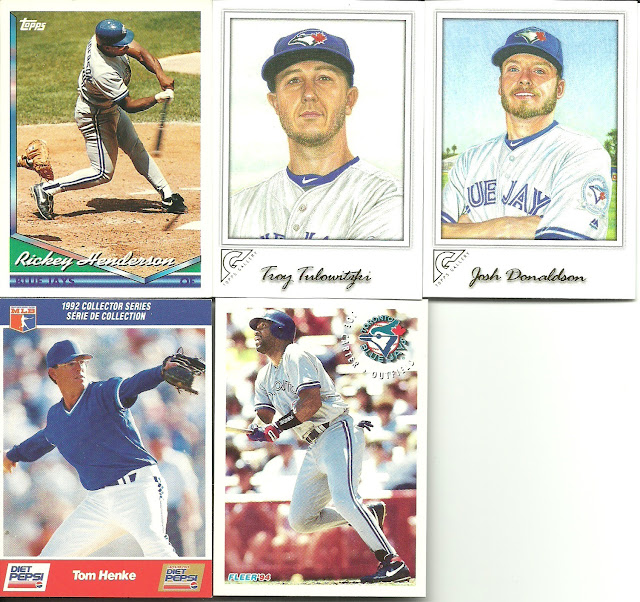 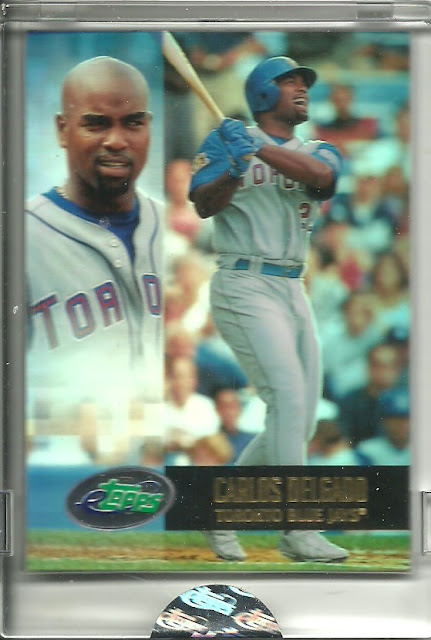 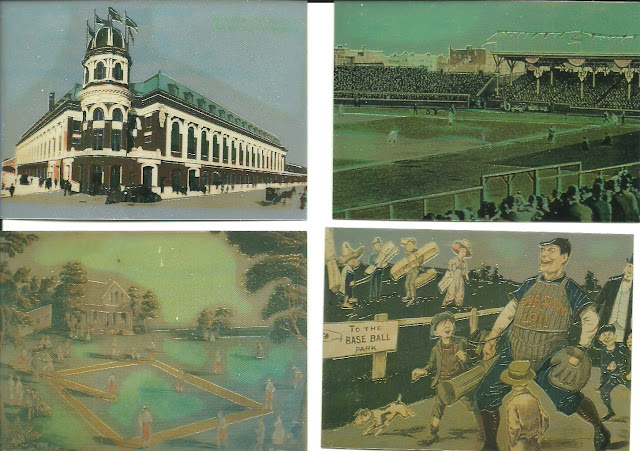 These... Are... Awesome!!!!
These are from the 1995 Comic Images Phil Rizzuto series.
The first few cards in the set are ballparks. I love that Shibe Park one. It really pops.. 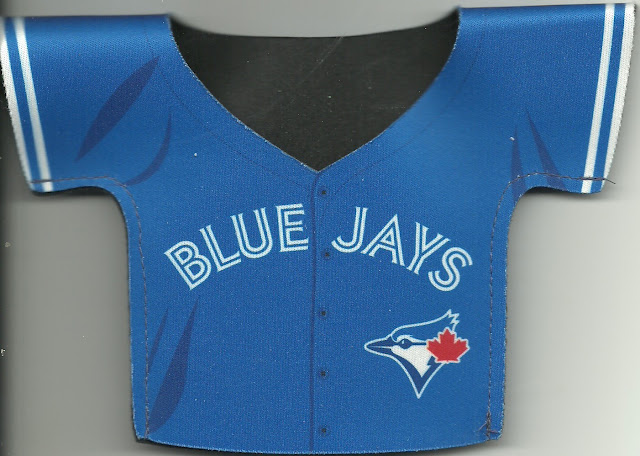 Finally, there was this. It was between envelopes with a note saying that this was forgotten.

I believe it's a "beer cozy" that will fit around a bottle of beer. I may be wrong through. It feels like of like a felt-rubber mix.

Not too long ago, I also made a comment on Gavin's blog about some of his customs.
Being in Canada, I've come across a number of people reluctant to send up here because of shipping costs..
I believe at one time I may have had that conversation with Gavin, but I may be mistaken.
Anyway, I had mentioned that I liked the Jays customs he made.
He asked my address and sent me up a few he made. 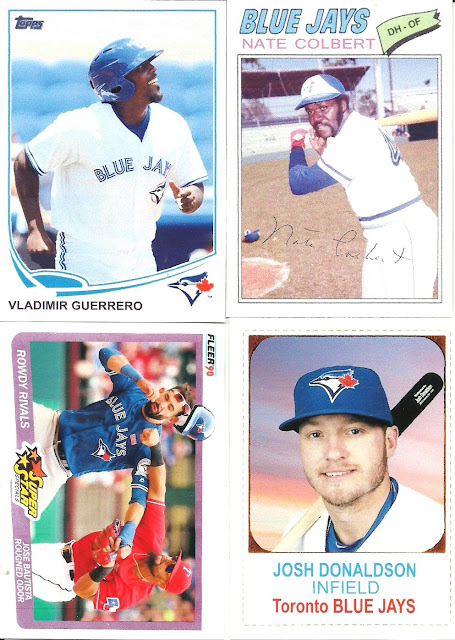 Very nice to see these. I really like them. But there was more.. 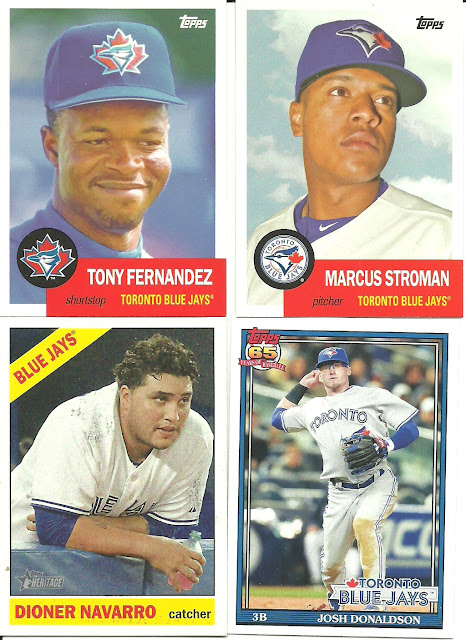 These were sent up as well..