Behind on Trade Posts

I've been slacking on some things recently.
One of those is keeping up to date on trade posts on here..

I recently received a package from EP at OldRedSoxCards.
He sent me a few cards I needed 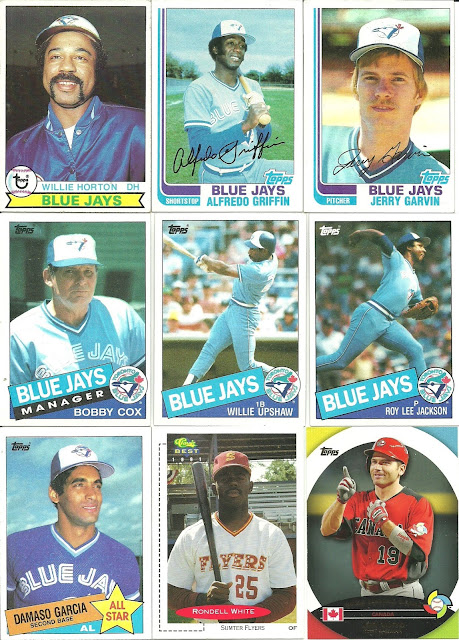 He had a few cards up on his blog for trade, so I claimed a few I needed.
I really like that Rondell White Sumter Flyers card.
Joey Votto WBC card! 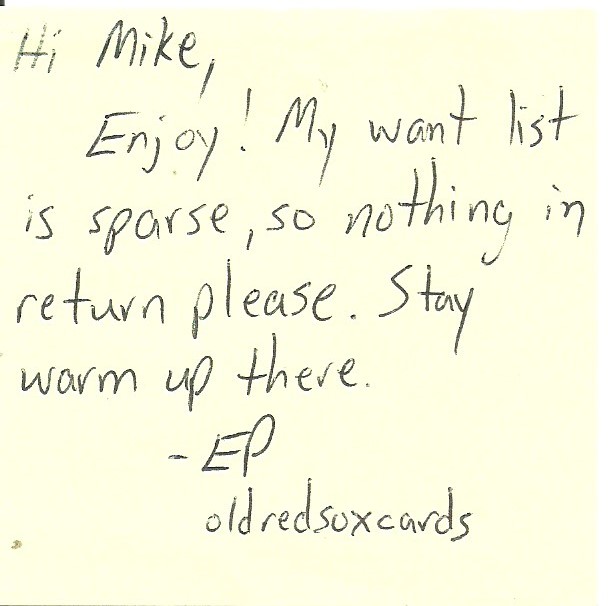 This was the note I received with the cards.
Thanks!!
Those other Jays sent fit into the collection nicely as well.

Another trade I recently completed was with TCDB member AKenyon1 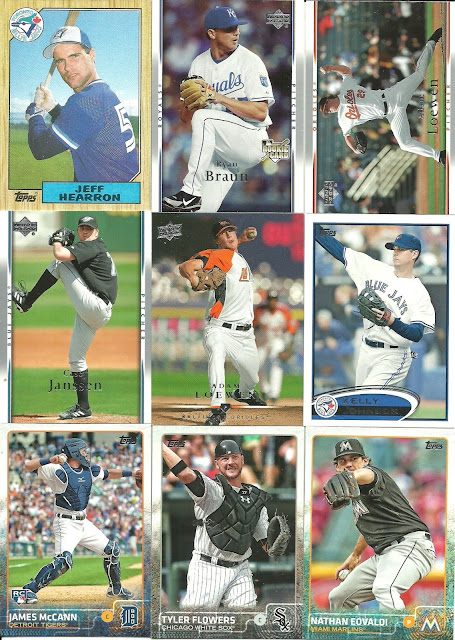 The 1987 Hearron was for the Jays binder. I have it in the set already.
I've been going back and forth on collecting the 2007 Upper Deck 1000+ card monstrosity.. I decided to start it..
That Ryan Braun pitcher is interesting in the fact that he's Canadian. I believe I had one already for the binder. 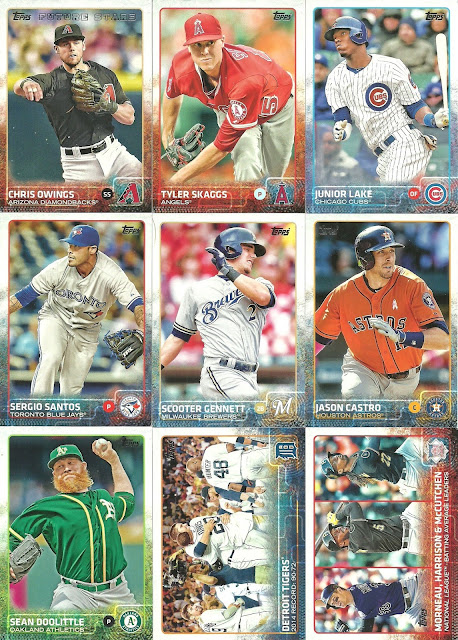 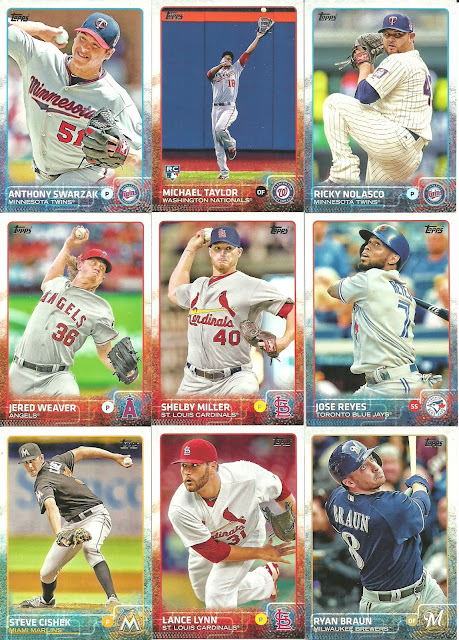 Some 2015s I needed as well.
I love this set, with it being the last one for a while with a border.

I'll be working on getting another post set up soon..

Thanks for the trades!!!