I've mentioned it here before, but I talk with the owner of First Row Collectibles on Twitter.

We've worked out a couple trades so far. This is the latest one we worked on..

I had a bunch of the Collect-a-Books lying around that someone claimed a while back but never got back to me about them after me repeatedly trying to contact them, so they lost out. (I mean something around a year ago) I told Curtis what I had and he agreed to take all the ones I was willing to send him.

What I got in return was a nice batch of cards here.. 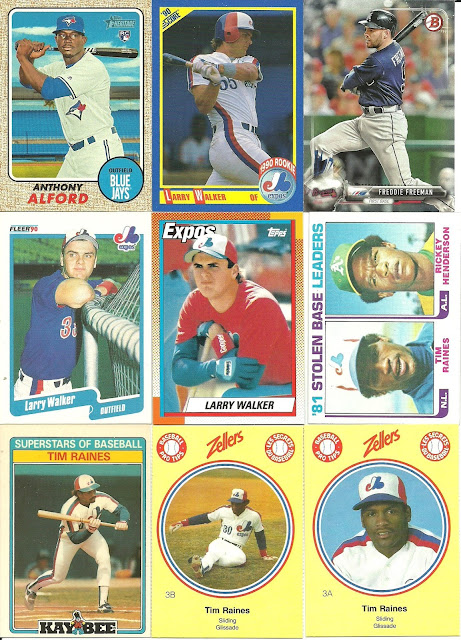 Anthony Alford and Freddie Freeman are the newest cards in that pile there..
Some Larry Walker 1990 cards as well. It's interesting to think that I still need two copies of that Fleer one.
Actually, the 1990 Topps is a "Cards Your Mom Threw Out" one
Tim Raines rounds out that scan. 1982 Topps Seals leaders, KayBee, and two thirds of a Zellers panel. 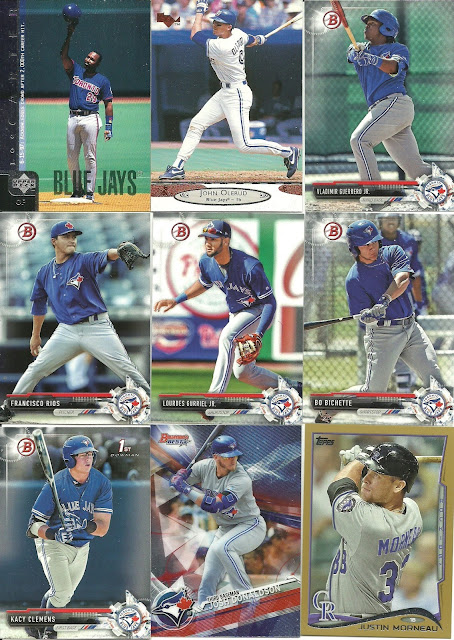 Joe Carter in the other Jays uniform I liked.
The nice ones here have to be the Bowman of Bo, Vlad Jr and Clemens.
Justin Morneau is always welcome as well. 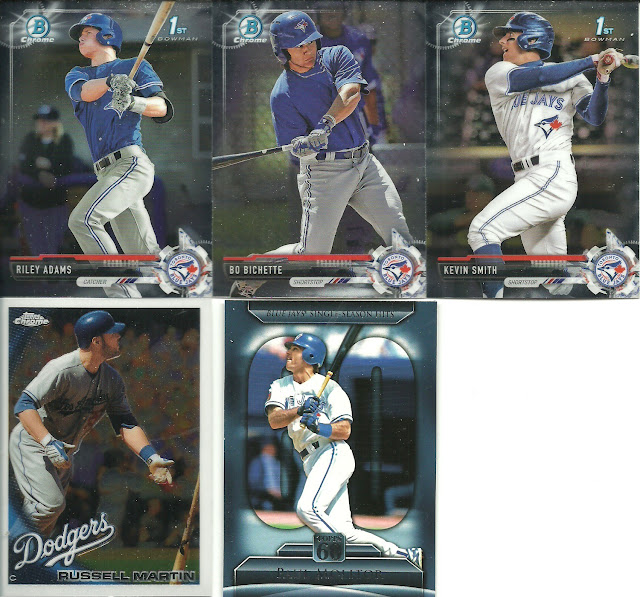 The final group is another Bo and some other Minor Jays.
Russell Martin is a Chrome Dodger here and Paul Molitor is shown in the Topps 60 insert they put out a few years ago..

There is one card that was missed in the exchange, but is on its way to me.. I noticed he had a Charlie Simmer card. I collect Charlie Simmer. We had a miscommunication, but it's being fixed. All you can hope for.

As always, check out https://www.firstrow.ca/
He has a bunch of different things available... And his prices are in Canadian... Meaning, our American friends get a break.
Posted by Mike Matson at 7:02 PM