As has been way too often recently, this week has been rough. It was a short week though, so that part is good..

I've been talking with Matt of Summer of '74 on Twitter recently. Part of the conversations have been finding things other people need. He came across a few cards before I needed, and sent them up to me. Not too long ago, he mentioned he was looking through 1978 Topps duplicates. Since I'm working on the set, I mentioned I had a want list.. So I sent it to him..

And I got a nice bundle back.. 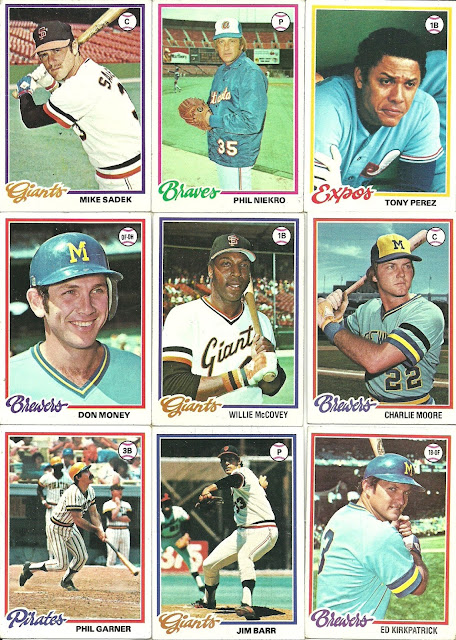 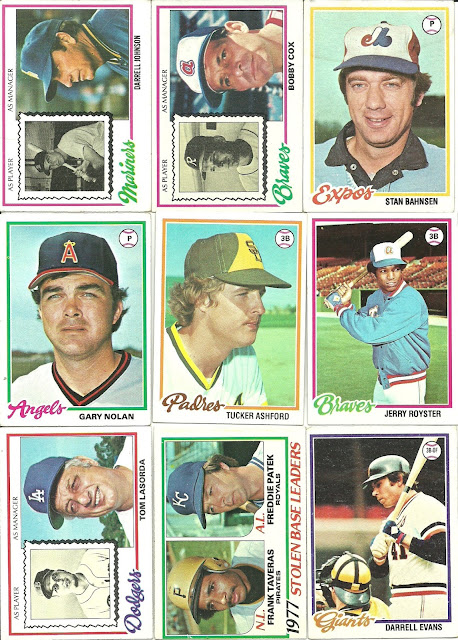 I really like those Manager cards..
An Expos card I didn't have before! (I didn't have the Perez above either) 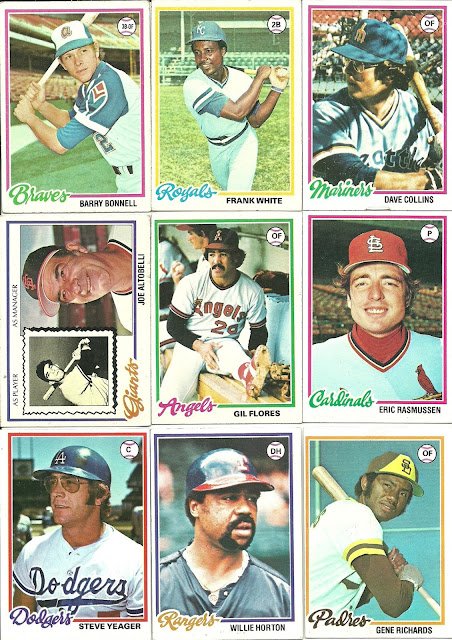 Barry Bonnell as a Brave. He spent a couple seasons in the early 80s with the Jays.
Dave Collins spent some time with the Jays as well. 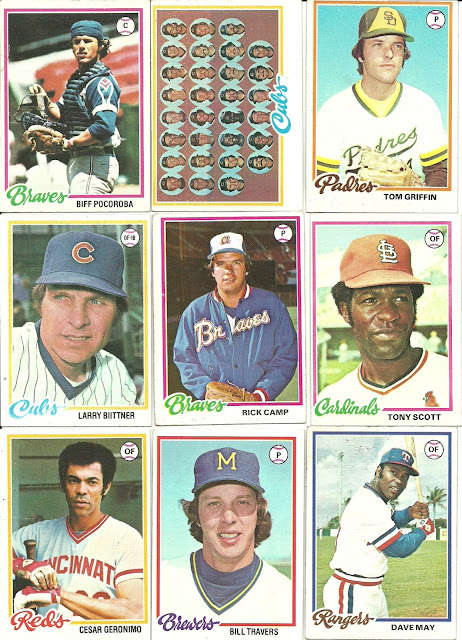 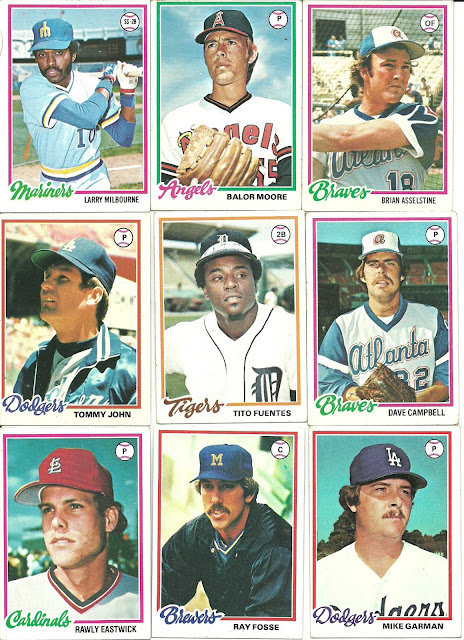 I really like some of these cards here.
One thing that jumps out to me is the Tito Fuentes card.. Is that a Spring Training site? It doesn't look like Tiger Stadium.. 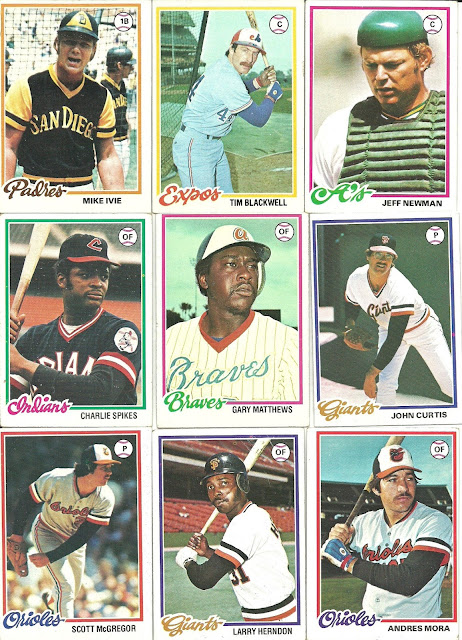 Tim Blackwell.. Another Expos card I didn't have at all.
I think I like the Indians uniforms from this time frame. 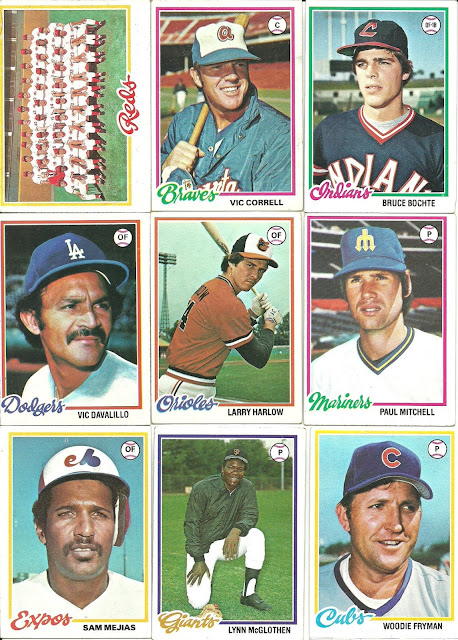 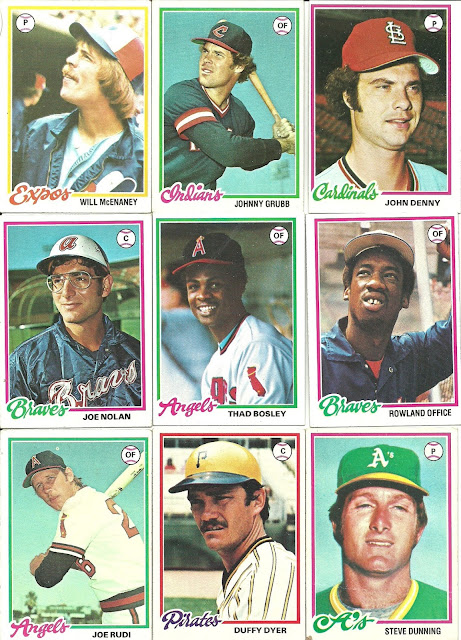 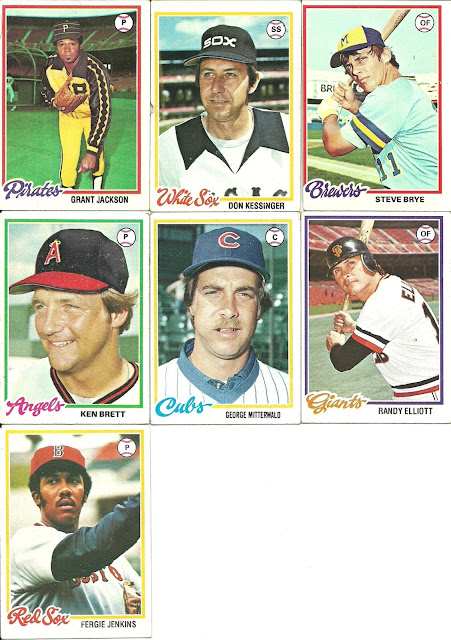 Ken Brett really does look like George there, doesn't he? (Yes, I know they're brothers)
Fergie Jenkins!
That jacket Grant Jackson is wearing in that photo is unique..

These weren't the only cards present.. 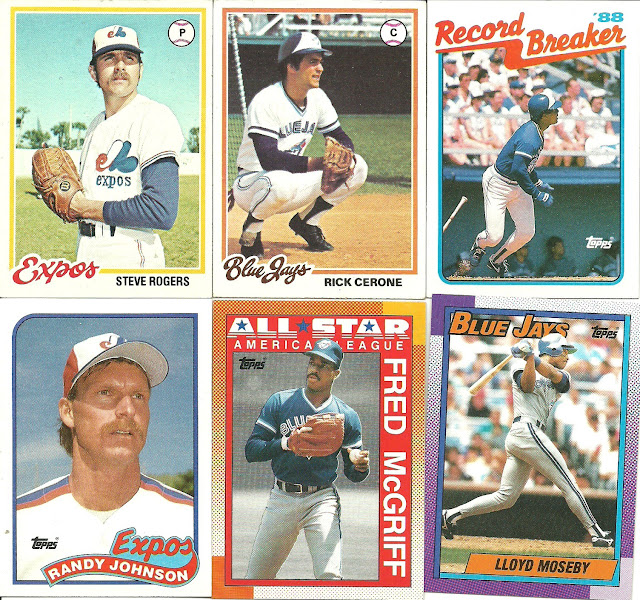 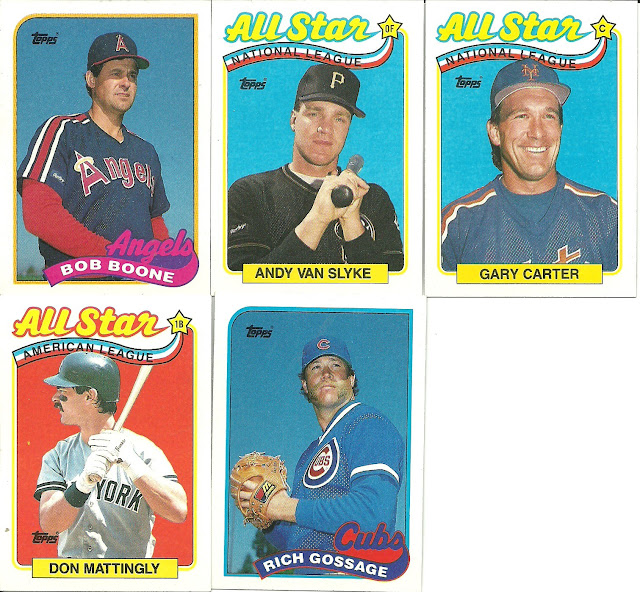 I was really happy to be able to knock off a bunch of needs from the 1978 set. I still need a bunch from it, but I'm working on it slowly.

Thank you Matt for the wonderful trade! Your cards are on their way to you.
Posted by Mike Matson at 3:12 PM