Yesterday was the first repack I opened. Today will be the second one I opened. 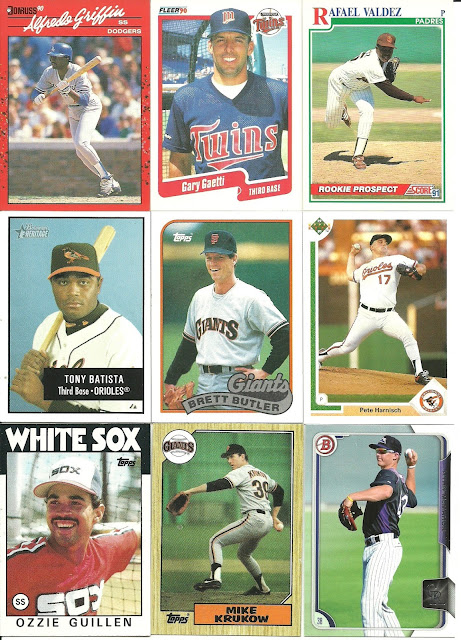 The 1987 Topps and 1991 Score are basically trash material, but I need to check the Score anyway for a couple. 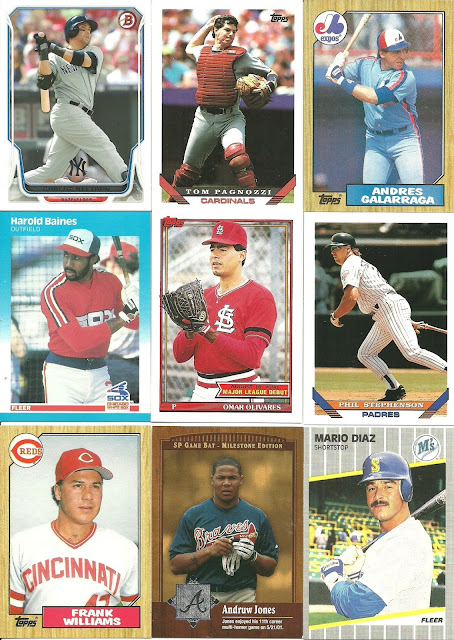 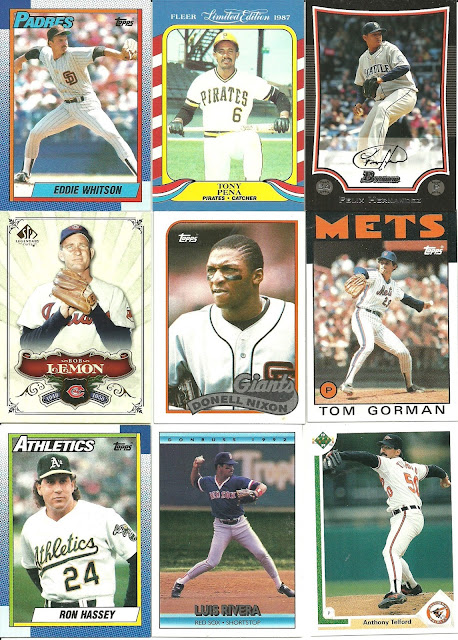 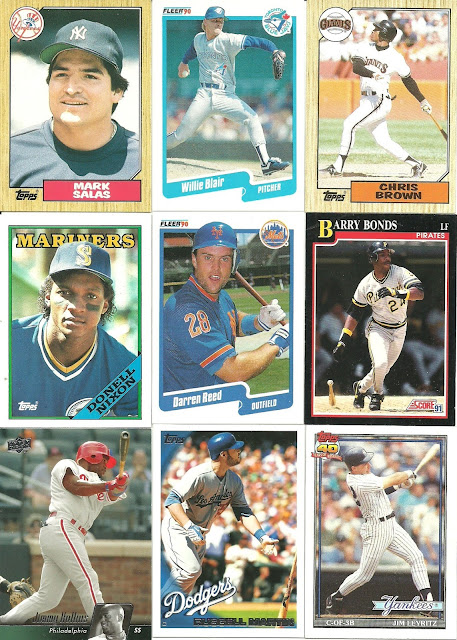 Russell Martin was the reason I picked the particular pack. 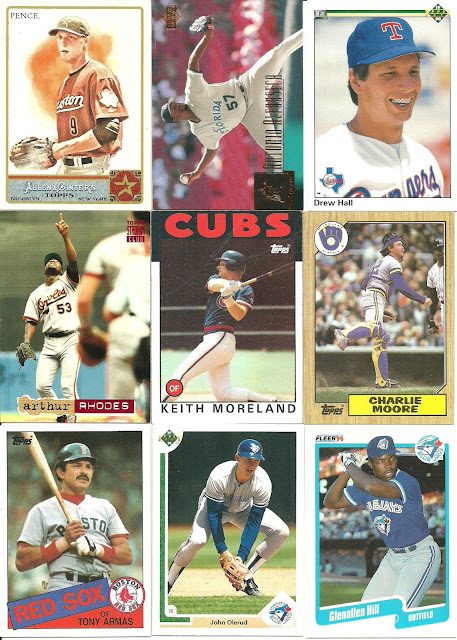 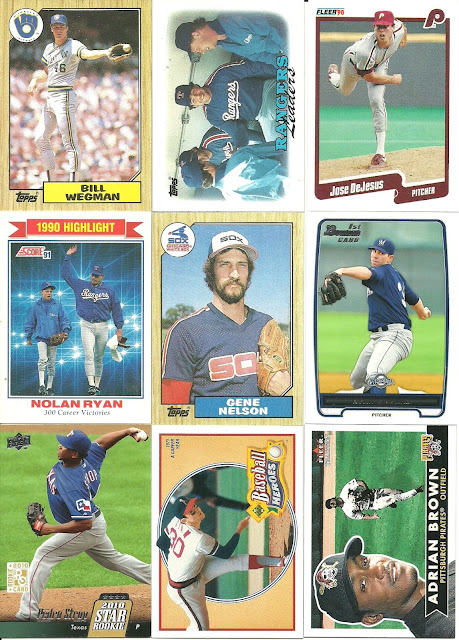 The Adrian Brown is the second Pirate I received from that set. 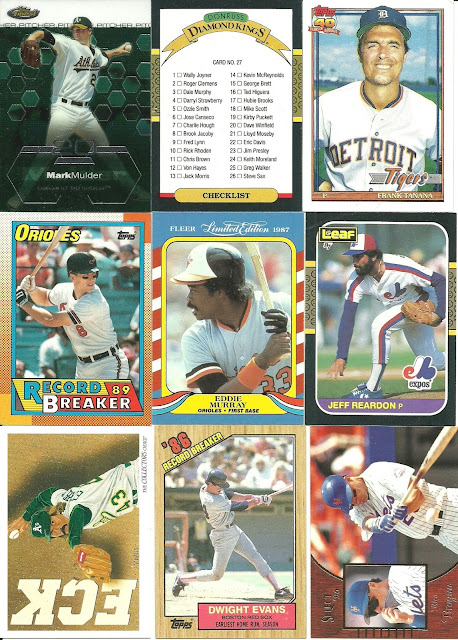 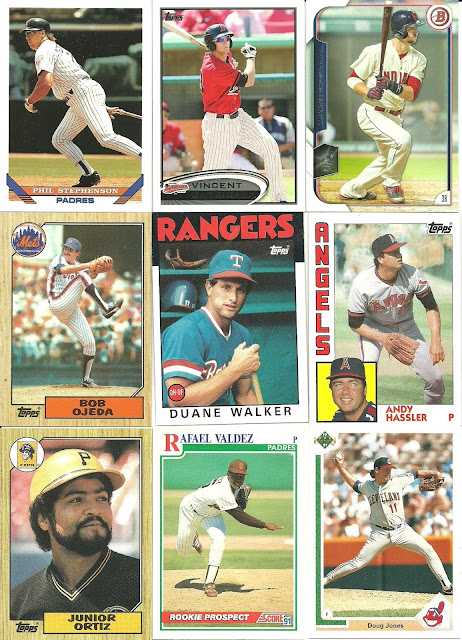 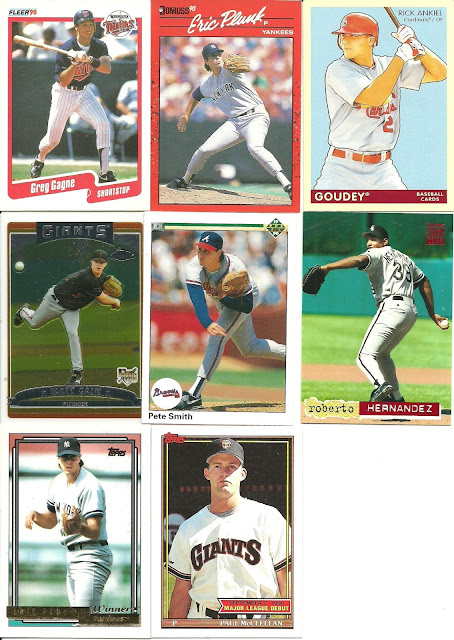 I think it's fitting a pitcher had the last name Plunk. He had 32 HBP in 14 years.

I ended up getting another two today... Tomorrow I'll be covering a couple trades I received.
Posted by Mike Matson at 1:08 PM