Another Repack From Dollarama

So I bought another repack recently and with my finishing my reorganization (and finding I might have been better off just blowing up my list and starting over) why not show more cards that will likely end up in my trade pile? lol 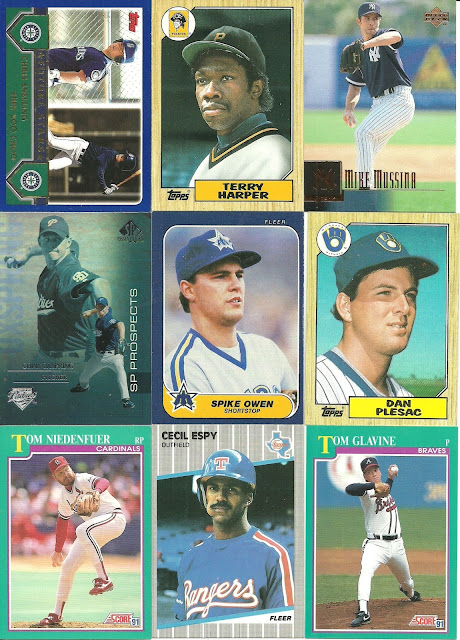 I forget Spike Owen was a Mariner. I know he was an Expo and a Yankee.. I think he was a Red Sox as well.
Mike Mussina in a Yankee uniform. I remember him getting pissy one start because the Jays were honouring someone (I can't remember what it was... 85 Division Champ team??) and it threw him off his game..
That Mariners card is Shin-Soo Choo and Chris Snelling.
Finally... Terry Harper... I see that card and I see Booker T... Is that bad??? 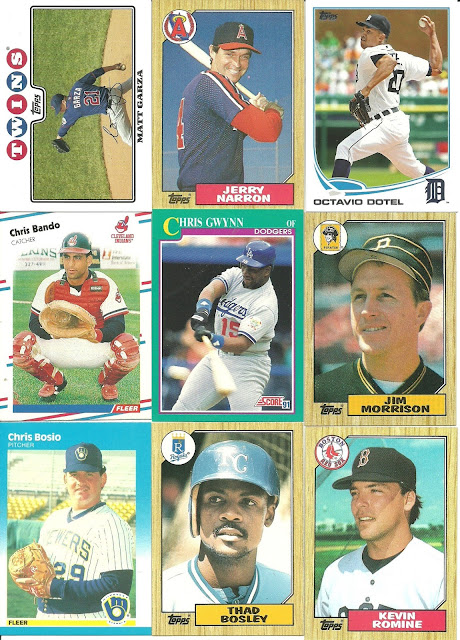 Octavio Dotel played for about half the league.. Including the Jays. 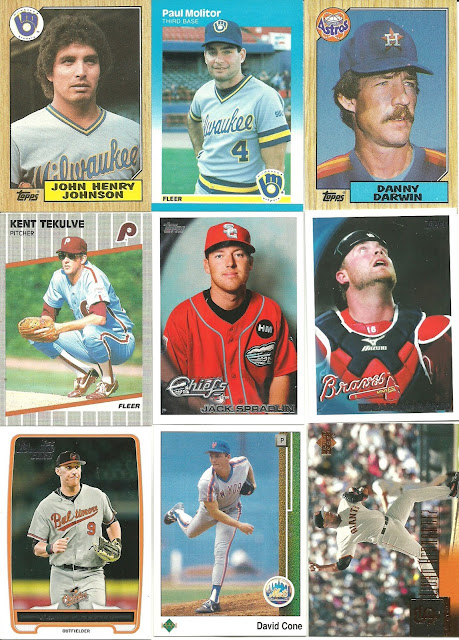 Bowman tends to be low on the radar partially because of the massive number of parallels and crazy numbering, and partially because I'm not much into prospecting.
I hadn't seen the 2001 Upper Deck before, but I have to say I do like the design.. I find though that a lot of the designs from the late 90s and early 2000s confuse me.. 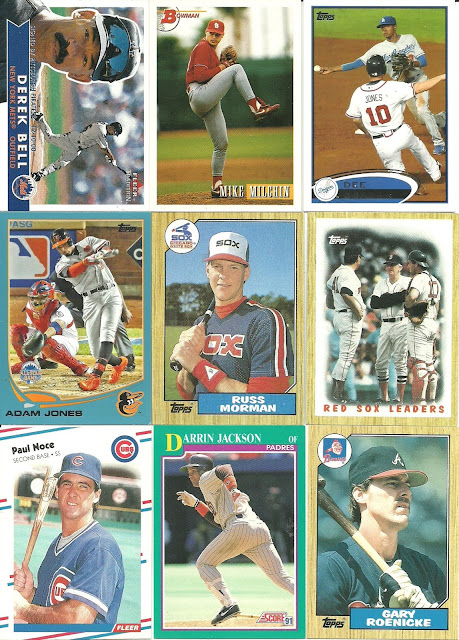 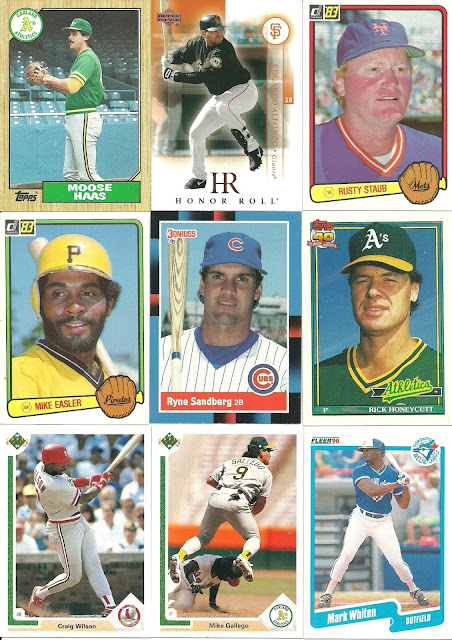 A couple 1983 Donruss cards. Rather nice cards, I think..
I ended up getting three Ryne Sandberg cards from the two repacks I bought. 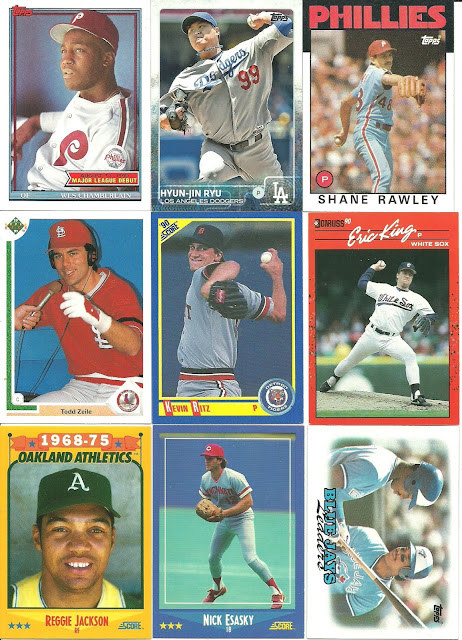 I think I've been almost browbeaten into collecting the 1986 Topps, even passively.. 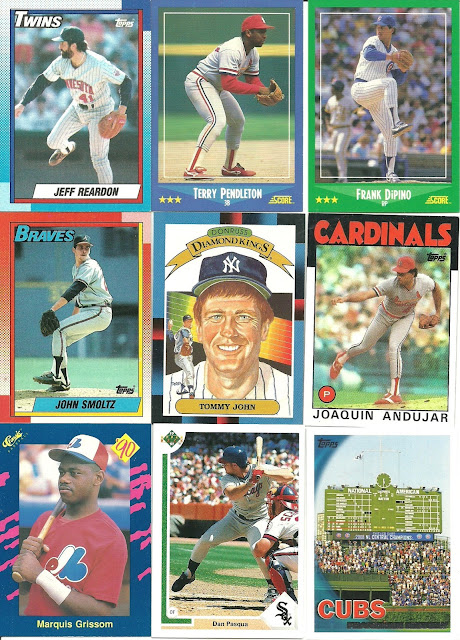 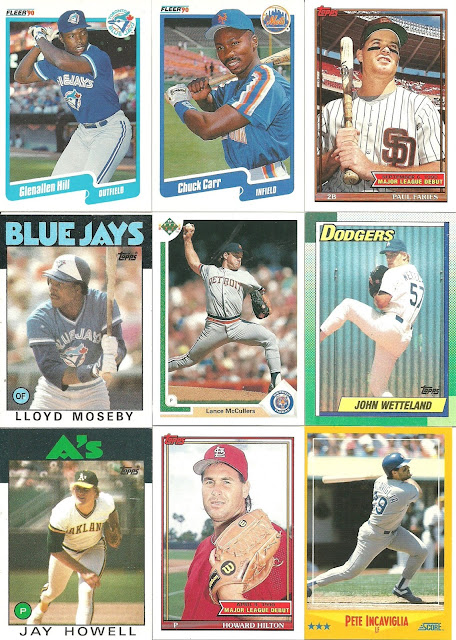 Most of the 1990 Fleer I got from this are actually Update. Some of them I even needed..
And more 86..
I like the Pro Debut cards here from 1991, though they are confusing since they use the 1992 bordering. 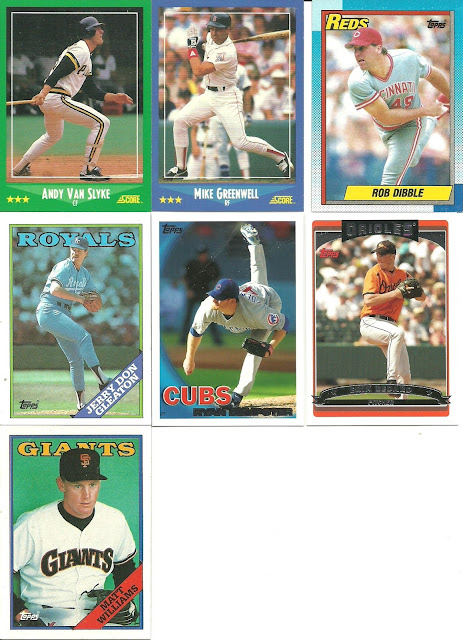 Ryan Dempster and Erik Bedard make appearances here.
I thought it was in this one, but maybe it was the other one, but I also had a Bob Walk appearance..
I'm sure Bob Walk The Plank would be pleased to know..